Friday night on CNN, top GOP consultant Rick Wilson attacked 25% of Republican primary voters as “low information voters.” Saturday morning, Breitbart News reported this fact and argued that attacking our own voters as stupid might not be the key to victory. Monday, quite incredibly, Rick Wilson used a threat of rape against his own daughter as a political talking point to attack Breitbart News: 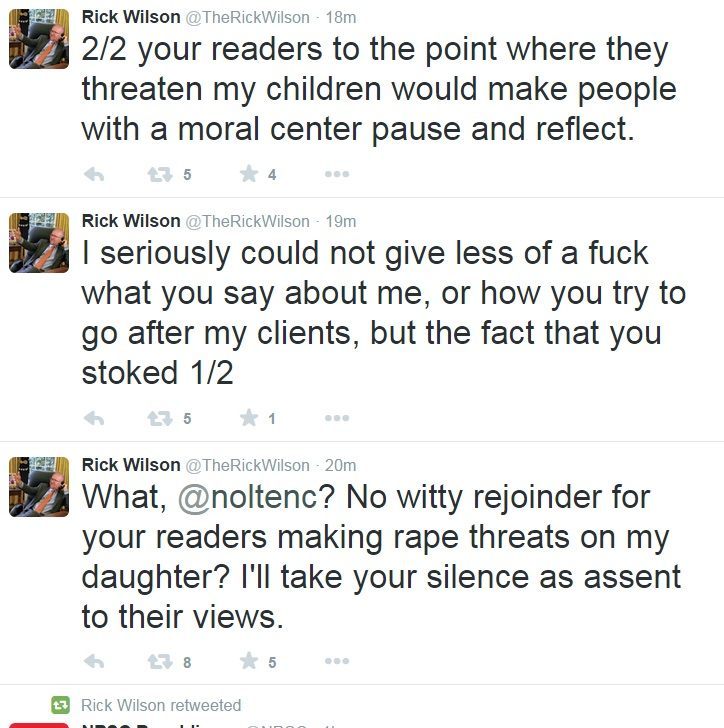 Adam Baldwin asked Wilson the  key question — had he gone to law enforcement, and was he or was he not advised to refrain from publicizing the threat on social media:
—

@TheRickWilson Echoing Brianna Wu? If you reported to LE, did they not tell you to keep quiet online about such things? @NolteNC

@TheRickWilson Did LE not tell you to shut up about it online? @EWErickson @NolteNC @brandondarby @Cernovich

In all the years I’ve been on social media, I have never seen anyone — not even the lowest Leftist — use a threat of rape against their own child as a political talking point or debating point against a political opponent.

Over the years I’ve received too many threats of this kind to count. In my social media world, they are the norm, not the exception. Nevertheless, the thought of blaming anyone but the scumbag making the threat is something that never crossed my mind.

The thought of using a threat, specifically a threat of rape against my own child, to score political points is so far beyond my moral comprehension, there are no words.

If someone threatened my child with rape, I wouldn’t run to social media to politicize it, I’d call the police.

UPDATE: Wilson took to Twitter later to rescind his accusation that Breitbart News was responsible: 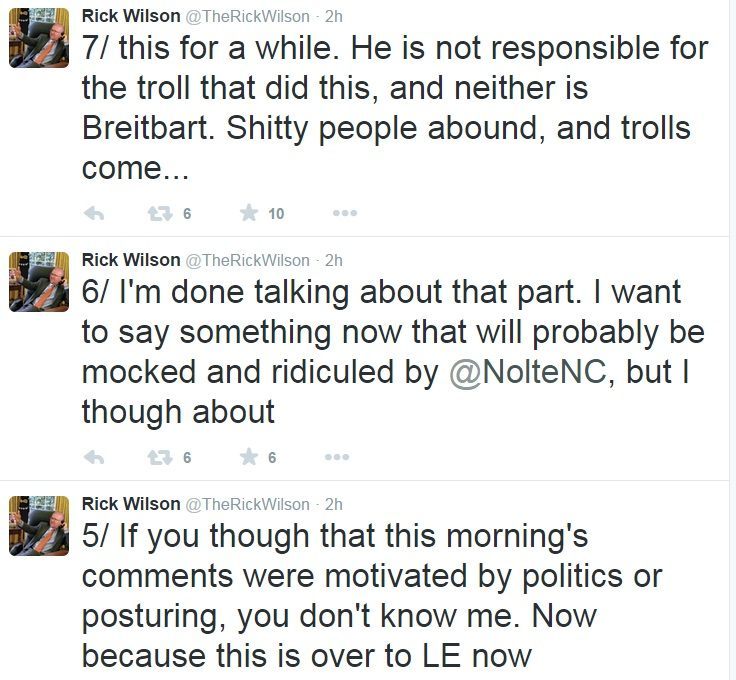 Even after Wilson took it back, after I pushed back against him describing Breitbart News as a “clown site,” The Weekly Standard’s John Podhoretz went ahead and leveled the rape charge:

@NolteNC why don’t you pass it along to your rape-loving fans.