SIMI VALLEY, California — Hundreds – many with union and left-wing advocate connections – are planning to rally and protest outside of CNN’s GOP presidential primary debate in Simi Valley, California on Wednesday to stand “up against the racist, xenophobic rhetoric that has fueled the Republican primary,” according to the event’s press release.

Roughly 40 local and state organizations, many of which advocate against anti-immigrant policies, are getting together to bus protesters out from Los Angeles to Simi Valley, California – where the debate is being held – to protest there.

Prior to the debate protest, the organizations will hold a pre-debate press conference in Los Angeles.

The press release states that nearly 60 groups sent a letter to CNN’s Jake Tapper, Dana Bash and moderator Hugh Hewitt earlier this week “calling on the network to prohibit any further bigotry or attacks by candidates during the debates and to urge each candidate to stop the hate and instead focus on issues affecting African Americans, immigrants, and working families.”

Many of these organizations are union- and Democrat-aligned and have been protesting GOP presidential candidates and policies nationally.

For example, Voces de frontera is the group that organized an illegal immigrant family that hit GOP presidential candidate Gov. Scott Walker in Iowa a few weeks ago. Breitbart New’s Lee Stranahan covered the protest and also revealed the group has union connections.

Another example, Alabama Coalition for Immigrant Justice, which is the first organization listed on the letter, suggests it defends immigrants rights in Alabama, but its Facebook page suggests it’s funded by left-wing advocates. 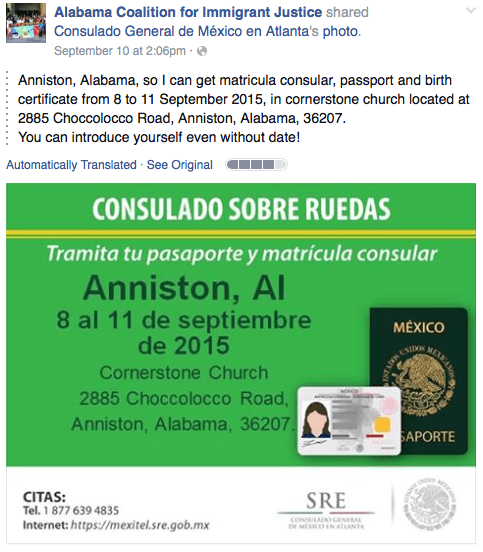 Another organization, Alliance for a Just Society, has Gary Delgado on its Board of Directors. Delgado is the initial organizer of the organization ACORN – an organization that was put into the spot light by James O’Keefe after he caught employees on undercover video advising how to run a prostitution ring and break the law, leading to a number of investigations into the organization.

The letter’s headline reads “#NoHateDebate” and was signed by the following organizations: