A brand new James O’Keefe video shows Hillary Clinton campaign workers retreating from questions that the campaign could have violated election laws in its voter-registration efforts.

O’Keefe recently captured Clinton campaign worker and Nevada immigration lawyer Christina Gupana appearing to condone and encourage what appear to be Clinton volunteers and staffers to ignore and knowingly violate Nevada’s voter registration laws. She tells them, “Do whatever you can. Whatever you can get away with, just do it, until you get kicked out like totally.”

The follow-up video from O’Keefe’s Project Veritas shows a Hillary Clinton campaign worker, identified as Don Andres, acknowledging the existence of a “viral video” but maintaining that the campaign did nothing to violate election laws.

“I think I might have an idea of what you’re talking about,” Andres says in the new video. “There’s a lot of information that goes out there, and there’s always a fine struggle, we have to make sure that folks — We have so many volunteers, hundreds of volunteers, and it’s making sure that everyone who comes to the organization knows exactly what they can and can’t do, and what is the right way to talk about things. And so we’re mindful of that, and I think you know, luckily we didn’t do anything that was illegal.”

“There’s a lot of videos online,” Andres continues. “And ultimately when videos like that come out, you know that they come out because folks are targeting campaigns that are doing the right thing. That they’re talking to us and they’re getting out there. And they target the folks who are winning.”

Christina Gupana has gone into virtual hiding since the video’s release. Nevada election officials in the Secretary of State’s office have opened a formal investigation into the Clinton campaign’s efforts.

Gupana’s status on the Clinton campaign is currently unclear. But just days before the video came out, she appeared in a picture after a nice workout with Clinton campaign chairman John Podesta that he posted. 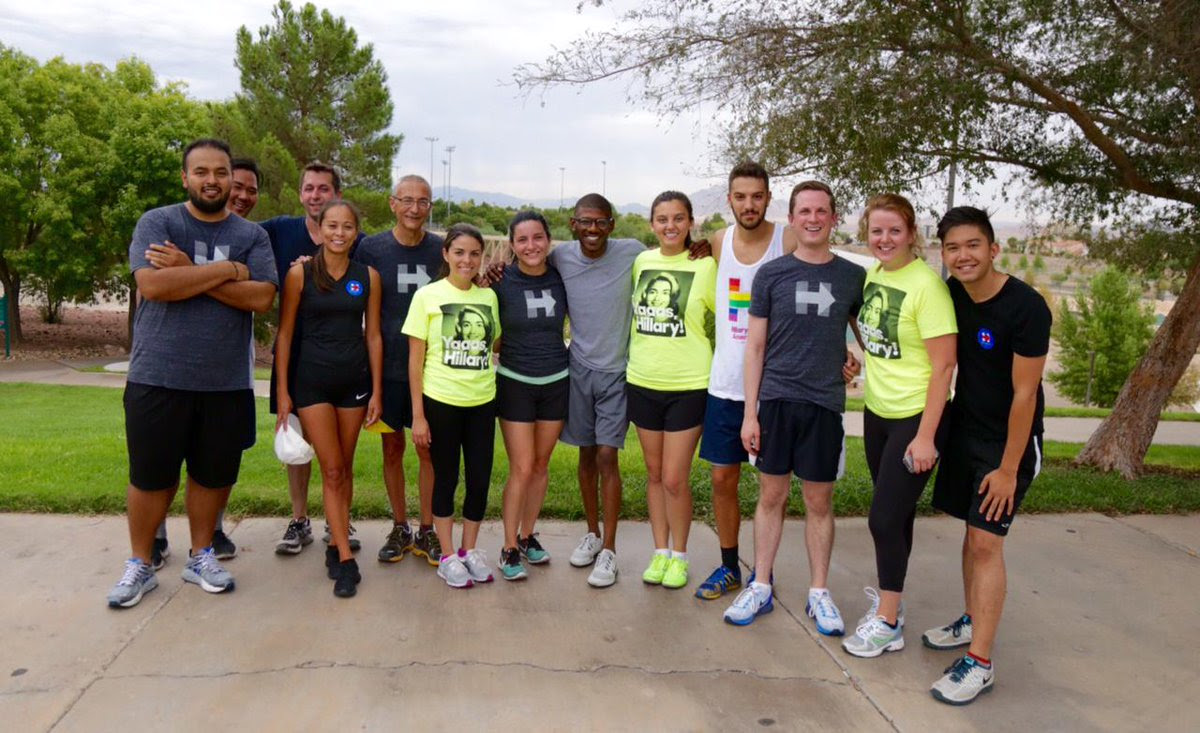