In a letter to Bureau of Land Management (BLM) Director Neil Kornz, Texas Governor Greg Abbott wrote, “The BLM should demonstrate that the federal government still respects private property rights and end this unconscionable land grab.” The letter was sent regarding the ongoing battle between Texas landowners and the federal government.

Abbott’s letter references the battle between Texas landowners and the BLM first reported nationally by Breitbart Texas in April, 2014. At that time, then Texas Attorney General Abbott told Breitbart Texas in an exclusive interview, “I am about ready to go to the Red River and raise a ‘Come and Take It’ flag to tell the feds to stay out of Texas.” Abbott sent a letter to Kornz on April 22 detailing the concerns over actions taken by the BLM to “swoop in and take land that has been owned and cultivated by Texas landowners for generations.”

In the Texas Governor’s newest letter to the federal agency, Abbott expressed the frustrations felt by many of the landowners who have been involved in this ongoing battle. Abbott wrote, “Texas will not wait any longer.” 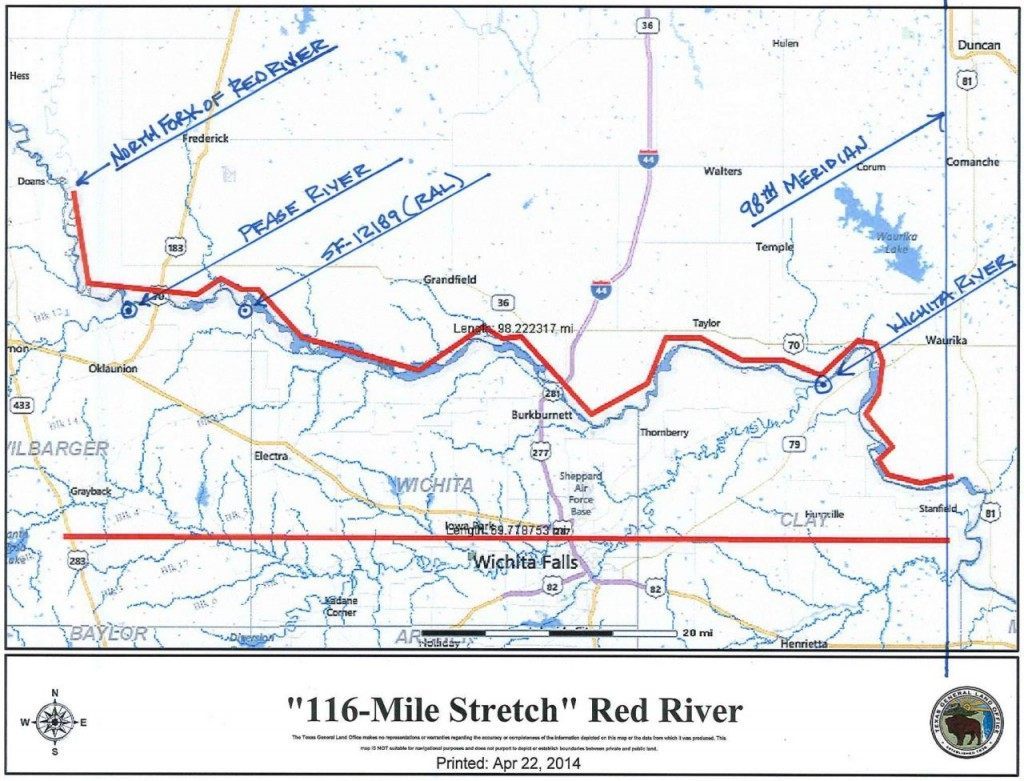 Governor Abbott’s office confirmed to Breitbart Texas they did receive two letters from Director Kornz. They indicated; however, the director’s letters were not responsive to the questions that were asked by the then Texas Attorney General. Director Kornz’s letters are attached below.

The landowners along the Red River have lived and labored on this land for generations. The BLM now inexplicably seeks to take control of thousands of acres of private land for undetermined recreational activities. Throughout the process, the BLM has minimized the landowners’ grave and legitimate concerns, while providing no clarity regarding the authority for taking the land in the first place.

Explaining to landowners that the process is long and complex, that surveys will be done or that landowners will eventually be able to file a “color of title” lawsuit is neither solution nor solace. Instead, it is an illegal taking. These actions harm Texans now by clouding the title to the land their families have owned for generations. As you well know, the BLM’s actions prevent landowners from borrowing against the land to finance business operations or selling the land to new owners looking to cultivate their own economic freedom. But the implications of your actions are not merely financial. In many cases, your actions threaten to take the very homes above these Texans’ heads.

In August, Breitbart Texas reported that Texas farmer Tommy Henderson won his thirty-year battle with the federal government to get his land back. Land that had been in his family’s undisputed possession and control since 1904. Abbott chastised the BLM for failing to resolve Henderson’s land issue in a timely manner and stated the government’s actions has deprived a Texas family of their private property for thirty years.

“Unfortunately,” Abbott wrote, “the realization of this ‘mistake’ does not appear to have deterred BLM’s much larger land grab. As the old saying goes, ‘Those who do not learn from history are doomed to repeat it.’ But Texas isn’t going to let history repeat itself.”

Our Constitution — the same Constitution you have taken an oath to uphold — rests on the principle that governments are created to protect private property owners’ rights, not destroy them. This principle is enshrined in the Fifth Amendment of our founding document. The BLM should demonstrate that the federal government still respects private property rights and end this unconscionable land grab.

Abbott’s letter came shortly after Breitbart Texas reported the BLM was conducting a planning meeting in Fort Worth last week. The meeting was attended by members of the public affected by the land issue and other concerned members of the public. Congressman Mac Thornberry’s staff also attended. Thornberry had consistently taken a leadership role in this debate from the federal level. Meetings were also held in Oklahoma and Kansas. Officials in the Texas General Land Office said no one from their staff attended the Fort Worth meeting, in response to a Breitbart Texas inquiry in advance of the meeting.

“The recent alternatives meetings went well,” McGuire told Breitbart Texas in response to an inquiry on Friday. “The one in Fort Worth featured considerable discussion and questions about the Red River. In all, very civil and informative discourse, in my assessment. I believe members of the public left with a good understanding of what BLM is seeking, in terms of their suggestions for the range of alternatives to be considered.”