He met his supporters at ‘Lyve New Orleans,’ then packed them into a party bus which took them to City Hall for to cast their ballots in early voting.

Edwards’ photo was posted on the strip-joint’s Instagram account – and has since been removed – as part of his “meet and greet” invitation. 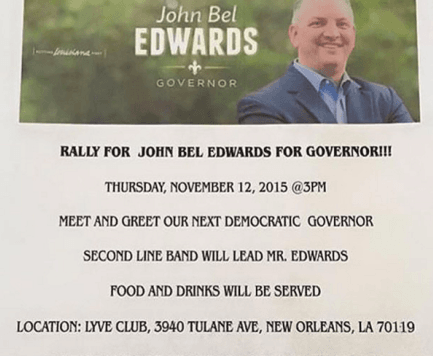 The invite appeared next to many images of very scantily clad, tattooed strippers in provocative positions, as The Hayride reported Thursday and Friday. 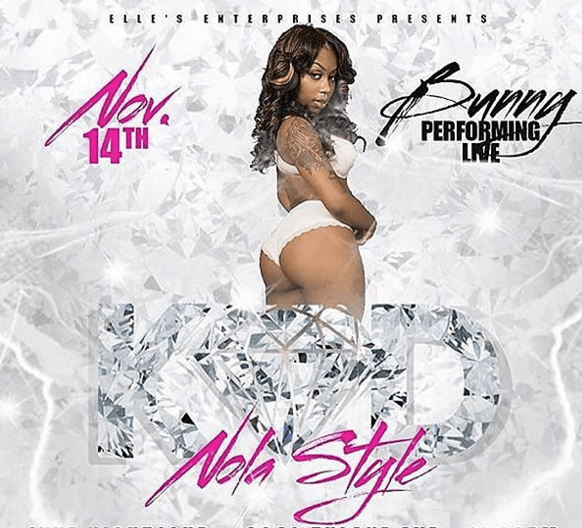 Hayride provided video of Edward’s “early vote party-bus” – equipped with strobe lights, and video of Edwards and his wife Donna meeting with voters prior to entering Lyve New Orleans.

When the bus carried partiers to City Hall for early voting, it parked in an illegal spot, and had to move. 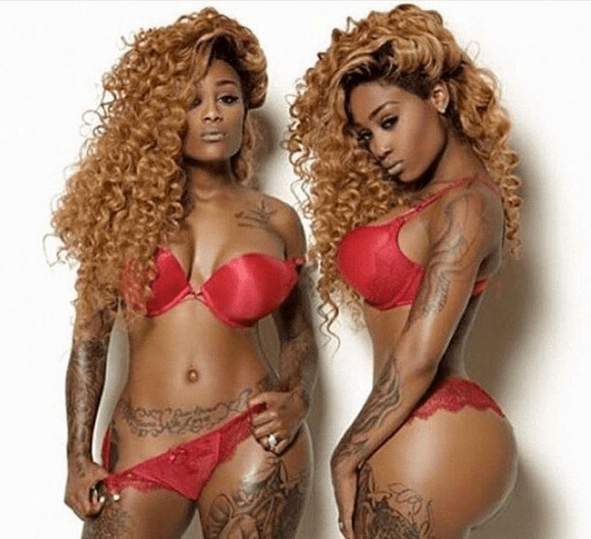 According to USA Today, Edwards has specifically called out Vitter for his past prostitution scandal.

For example, his main attack-ad features a photo of a young Edwards in his U.S. Army Ranger uniform, contrasted with Vitter in a dark trenchcoat with a cell phone to his ear. The narrator says, “The choice for governor couldn’t be more clear. John Bel Edwards, who answered his country’s call… or David Vitter, who answered a prostitute’s call.”