EAGLE PASS, Texas — A Texas border sheriff has kicked off an investigation into his predecessor after discovering that approximately $700,000 in forfeiture funds went missing under his predecessors term. The investigation is taking place in Maverick County, a border region with a rich history of public corruption.

Maverick County, which is just north and immediately across the border from the Mexican state of Coahuila, has a long history of government corruption which has resulted in various former members of the Commissioner’s Court, county employers. and contractors being charged or convicted in massive corruption schemes dating back several years, as Breitbart Texas previously reported.

Breitbart Texas recently visited Maverick County and met with Sheriff Tom Schmerber who confirmed to this outlet exclusively that he had ordered an audit into the funds that went missing during the term of former sheriff Tomas Herrera. Schmerber told Breitbart Texas that he has been working with state and federal agencies in order to clean up the image of corruption that hangs over the area. 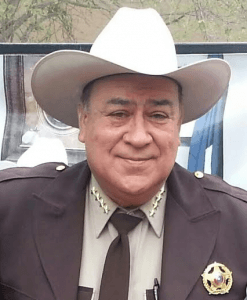 Schmerber stated that the audit follows a series of irregularities that he has discovered since he took office in 2013. According to the sheriff, the $734,000 date back to October 2011 and the record keeping left behind by Herrera does not show where the money went. The missing funds had originally been from asset forfeitures from organized crime cases.

Upon the completion of the audit this week, Schmerber will call on an outside agency to help with the investigation in case it goes criminal. Maverick County is an area that has previously drawn the attention of federal investigators, Breitbart Texas previously reported.

The cloud of corruption that hovered over Maverick County kept making headlines earlier this year when several previously convicted public officials were sentenced to federal prison, Breitbart Texas reported. The convicted individuals all had taken part in a pay-per-play scheme where anyone wishing to do business with Maverick County had to pay to make it happen. Breitbart Texas has documented similar cases over the years in various areas along the Texas border where connections, favors and bribes are considered a way of life. In those areas which include cities within Cameron, Hidalgo, Starr, Maverick and others, the indicted or convicted individuals have mostly been candidates or affiliated with the Democratic Party.

The corruption in the area was so brazen that last year, the FBI kicked off a border corruption task force aimed at addressing the “disproportionate” level of corruption, Breitbart Texas reported.