The Islamic advocate and fashion-blogger invited by Google and Fox to question the GOP’s 2016 candidates at the Jan. 28 debate is also a supporter of far-left 2016 candidate, Democrat Sen. Bernie Sanders.

Nabela Noor tweeted a picture of herself wearing a red Sanders sweatshirt on Jan. 16 . 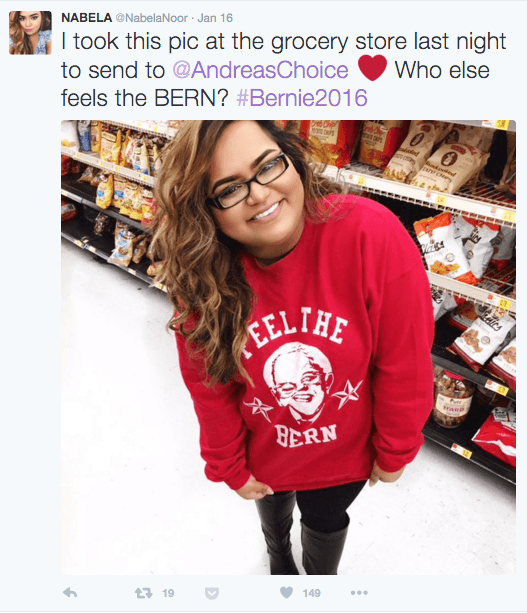 On January 25, she also posted a picture of Sanders supposedly marching in a pro-equality demonstration with the Rev. Martin Luther King. 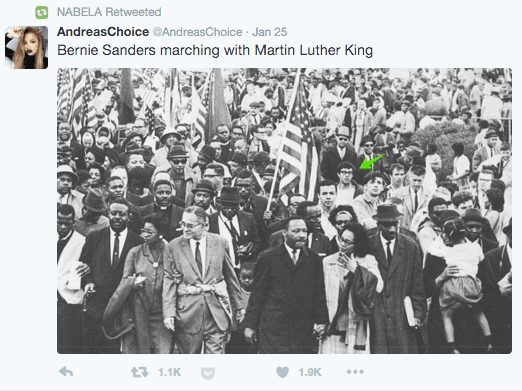 Noor, who describes herself as an advocate for Islam, earlier posted a video portraying Adolf Hitler in agreement with Trump. 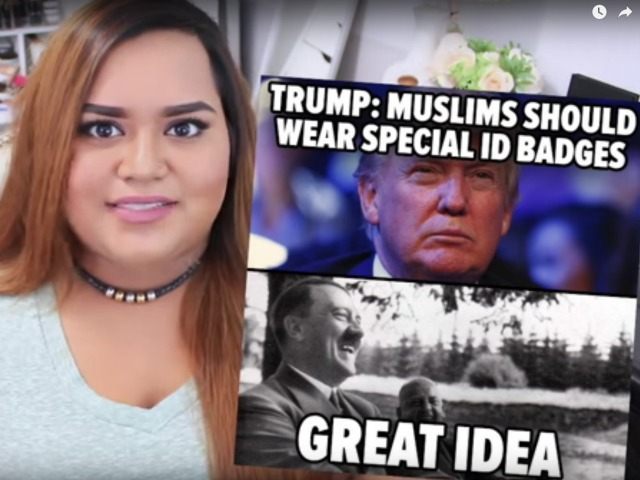 For more about Noor and her role in the Jan. 28 GOP debate, read this Breitbart.com article.

Before the 1960s, these left-wing groups pushed for Marxist-style economic policies they thought would aid poorer, working-class Americans, regardless of color, by transferring wealth and power from industry and factory-owners.

But after the 1960s, the far-left leaders gradually shifted their focus away from economics and towards cultural policies. Under this “cultural Marxism,” progressives believed they would aid racial and sexual minorities — and now Islamic minorities — by transferring cultural power and status from ordinary Americans, especially from white working-class Americans and away from individualistic-minded Christian churches.

Many large business groups and very wealthy individuals have welcomed and funded this shift from ‘Economic Marxism’ to ‘Cultural Marxism.’

Since then, the left’s culture-war against ordinary Americans’ long-evolved, equality-promoting and pro-ideal culture has forcibly imposed “diversity” on society, which has divided Americans into angry factions and sharply reduced the pre-1970s political pressure for higher taxes on very wealthy individuals.

The shift has also caused the Democratic Party to fight for increased immigration, much to the delight of business groups and Wall Street, who make enormous financial gains from an increased inflow of cheap workers and welfare-supported immigrant customers. Those economic gains flow to many major companies, including Google and Fox, who are producing the Jan. 28 debate.

Because of this divide-and-rule diversity strategy, progressive Democrats — including President Barack Obama — are also encouraging the migration of devout Muslims and their theocratic political leaders into the United States.

The resulting spike in jihad attacks, the migrants’ high use of welfare and the spread of their religious ideology — which stigmatizes woman and sexual minorities and ordinary non-Muslim Americans that are the base of the Democrats’ disparate political coalition — and progressives’ increasingly shrill contempt for Americans who dislike of Islamic ideology, are just the costly civic side-effects imposed on Americans by progressives’ reach for political power and social status.

Muslim advocates are useful for progressives because they rally immigrant Muslim voters and they help to spike American social conflicts, which boosts the civic conflict, or “diversity,” that benefits business groups and far-left, secular, anti-Christian, progressive leaders. For example, Noor’s anti-Trump video initially displayed a fake twitter image claiming that Trump tweeted “Muslims should be treated no differently than sex offenders.” 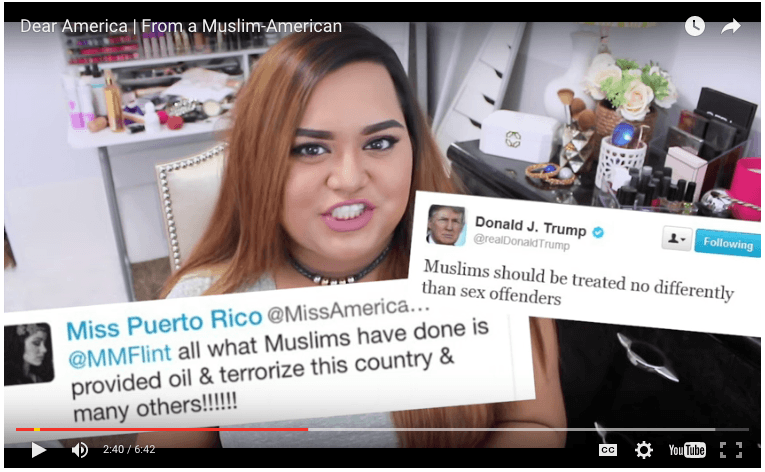 She subsequently edited the image and accusation from her video.

Last night I added an edit to a video of mine. Thank you to everyone who brought this error to my attention. pic.twitter.com/VmgUxFLjdF

The revised video does not include either of the supposed tweets. Noor, the Islamic advocate, did not apologize to Trump.

In contrast, legal and illegal immigration by Latinos causes much less social conflict per person because Latinos share a Christian culture with Americans.