Following his tirade last week against the presumptive GOP nominee, Sen. Mike Lee (R-UT) maintains that he still has “no plans” to endorse Donald Trump over Hillary Clinton.

“Sen. Lee has not endorsed Donald Trump and has no plans to do so,” Lee’s spokesman told Breitbart News after Lee made headlines for suggesting that his Party’s standard-bearer is “religiously intolerant.”

By contrast, in an interview with the anti-Trump Huffington Post, Lee oozed praise for far-left Senator Elizabeth Warren (D-MA), a potential VP contender for the Democratic Presidential ticket and avowed Trump opponent. Lee described Warren as “captivating,” “smart,” “talented,” “formidable,” “persuasive,” and a “hero” to Democrats.

It is perhaps interesting that Lee would do an interview with a publication that, in an editors’ note at the bottom of every article about Trump, insists that the nominee selected by the Republican electorate is “a serial liar, rampant xenophobe, racist, misogynist, and birther.”

The ultimate effect of Lee’s decision to air his comments in the Huffington Post could perhaps seem to lend credibility to the publication’s implicit commentary against the Republican electorate.

When asked if the Senator agrees with the Huffington Post’s anti-Trump editors’ note, Lee’s office did not answer. Instead, Lee’s office said that he did the interview praising far-left Senator Warren as part of Lee’s effort to promote his book about defending our Constitution and our fundamental liberties from big government.

Sen. Lee’s spokesman said that Lee is opposed to Hillary Clinton winning the election, but  he would not explain how Sen. Lee can be opposed to Clinton while also being opposed to the only person who can beat her. Given that the United States is a two-party system, and since Trump will be the Republican nominee and Clinton will be the Democratic nominee, only one of them will win the election in November.

In stark contrast to his gushing interview about Warren, Lee went on, what has been described as, an anti-Trump rant last Thursday in an interview with Newsmax, in which he outlined why he hasn’t endorsed Trump over Hillary Clinton.

Lee indicated that there are several reasons why he will not yet endorse the Republican Party’s presumptive nominee.

First, the U.S. Senator said that he hasn’t endorsed Trump over Clinton because Trump had previously said hurtful things about the father of Sen. Lee’s “best friend”.

“He accused my best friend’s father of conspiring to kill JFK!” Lee said.

Lee also cited Trump’s “religiously intolerant” statements as part of Lee’s justification for not endorsing. Lee’s office said that he was referring to Donald Trump’s proposals to temporarily pause Muslim migration into the United States.

Last year, Lee joined Sen. Jeff Flake in voting against Sens. Jeff Sessions and Ted Cruz, helping to pass a Democratic amendment, which would essentially codify the idea that Muslims living in foreign nations have a global right to immigrate to the United States.

Both Lee and Flake come from devout Mormon families. Many have pointed out how the Mormon church seems to have aligned itself with big business interests in efforts to open America’s borders. In 2010, church and business leaders signed the Utah Compact.

“The Utah Compact is the creation of the Salt Lake Chamber of Commerce and it was designed to push the Chamber’s illegal alien amnesty agenda,” wrote the Center for Immigration Studies in 2013. “The Utah Compact has been embraced by the pro-illegal immigrant Mormon Church, the New York Times, and the Obama administration.”

As The Salt Lake Tribune reported last year, Ali Noorani, the executive director of the Soros-funded National Immigration Forum, has described the Utah Compact as the “gift that keeps on giving.”

During his Thursday interview, Lee seemed to suggest Trump’s proposal to temporarily deny U.S. visas to foreign migrants is somehow similar to calling for the “extermination” of a religious minority. “[Trump has] made statements that some have identified correctly as religiously intolerant,” Lee said. “He’s wildly unpopular in my state, in part because my state consists of people who are members of a religious minority church. A people who were ordered exterminated by the governor of Missouri in 1838. And, statements like that make them nervous.”

Ironically, the people who would perhaps want to kill Mormons are people in Al Qaeda and the Islamic State—the very people whom Trump wants to keep out of the country.

It is perhaps bizarre to suggest that Trump’s desire to temporarily pause the nation’s large-scale importation of Islamic migrants—some of whom may hold anti-Christian, anti-Western, and anti-religious tolerance beliefs— poses a threat to Mormons in Utah.

Moreover, Lee’s invocation of the Mormon community to defend his opposition to Trump is perhaps curious for two reasons.

First, Lee does not explain how it benefits the Mormon community—or how it furthers religious freedom in the United States—to import into the country large flows of Sharia-supporting Islamic migrants, who do not believe in religious tolerance.

Second, by attacking Trump, Lee is boosting the candidacy of a woman who will undoubtedly appoint a progressive Supreme Court justice, who could make rulings that could be seen as an affront to Mormon values–such as abortions on demand.

While Clinton supports Lee’s desire to implement an unprecedented extension of the first amendment to apply to people living in other countries, it seems unlikely that Clinton will fight to defend the religious liberties of faithful Mormons living in Utah.

Yet Lee’s sympathy for Islamic migration extends beyond his support for the Democrats’ global right to migrate amendment.

In 2015, Lee joined Sens. Marco Rubio and Jeff Flake in co-sponsoring an extreme immigration expansion bill—known as the I-Squared Act. The bill would have allowed for a virtually unlimited expansion of Muslim immigration into the United States—lifting caps entirely on several categories of visas favored by immigrants from Muslim countries.

Ironically, Sen. Lee represents one of the most heavily Republican states in the country. If all of the immigrants Sen. Lee were pushing into other states were to move into his own, it is likely Sen. Lee would no longer be electable. Lee’s policy, if applied to Utah, could also eliminate the electoral influence of Mormons in Utah. According to Pew, only 11% of Muslims in American identify as Republican or lean-Republican.

Indeed, after four decades of large-scale immigration, California—whose foreign born population is 43 times that of Utah’s and half of it’s children have a foreign born parent today—has turned from a formerly reliably red state into a deep blue, progressive stronghold. The last time California voters sent a Republican to the U.S. Senate was 1988.

Lee is known for generally being soft-spoken and reserved. Thus, it’s interesting that Lee would make such a strong and impassioned condemnation of the presumptive GOP nominee. By contrast, a review of the record does not immediately show Lee having spoken as passionately against the politicians whose open borders agenda have resulted in the death of Lee’s constituents.

For instance, in 2014, 3 year-old Lee constituent, Zane Thurber, was murdered by a drunk illegal alien. The Thurber family’s vehicle was stopped at a red light and Zane Thurber was in his car seat at the time of the crash. Witnesses say Thurber’s murderer, Manuel de Jesus Guinea—an El Salvadorian illegally present in the country—“smelled like a bar,” and was driving about 70 mph before he rear-ended the Thurber’s family car—causing a five-vehicle pile up. 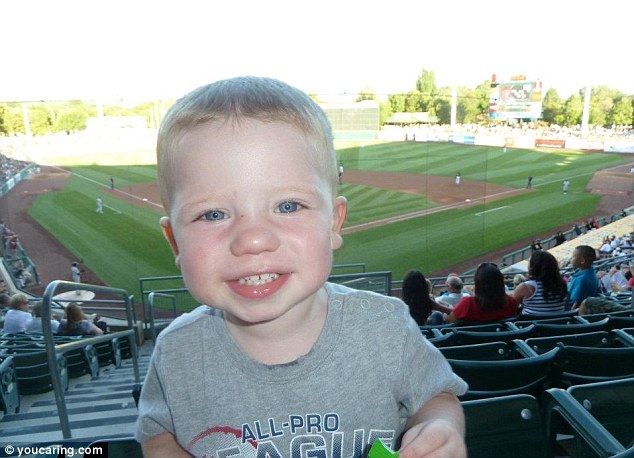 In fact, following the death of Kate Steinle, who was killed last year on a San Francisco pier by an illegal immigrant, Lee reportedly stymied the efforts of Ted Cruz and Jeff Sessions to quickly craft legislation that would impose tougher penalties for illegal re-entry.

“Lee has been a particular thorn for Republicans trying to write a bill in response to Steinle’s death,” Politico wrote last August—noting that Lee has “aligned with liberal Democratic Sens. Patrick Leahy of Vermont and Dick Durbin of Illinois” on the issue of criminal sentencing.