JANESVILLE, WI– On Saturday, American mothers who have buried their children as a result of illegal alien crime will be holding a press conference in front of Paul Ryan’s personal border wall that protects his family and his estate.

These “angel moms” say that Ryan has ignored the American families that have been torn apart by open borders for too long.

The press event is being organized by both the Remembrance Project—a non-profit that represents the victims of illegal alien crime and advocates for border security— and Wisconsin businessman, Paul Nehlen, who is running to unseat Ryan in Wisconsin’s August 9th primary.

Nehlen, who has been endorsed by several of the victims, has made Ryan’s support for open borders immigration policies a central focus of his campaign.

Nehlen has said that while Ryan protects his family and his home with a border wall, Ryan has denied the American people those same protections.

Last year, Ryan’s omnibus spending bill failed to provide funding for the completion of the 700 mile double-layer border fence that Congress promised the American public a decade ago. Earlier this month, Ryan would not commit to bringing up legislation to fund a wall along the southern border to protect America’s families– even as he was defending his use of his own personal border wall.

Ryan said that his border wall is a good idea for his family because he has “three dogs and three kids.” 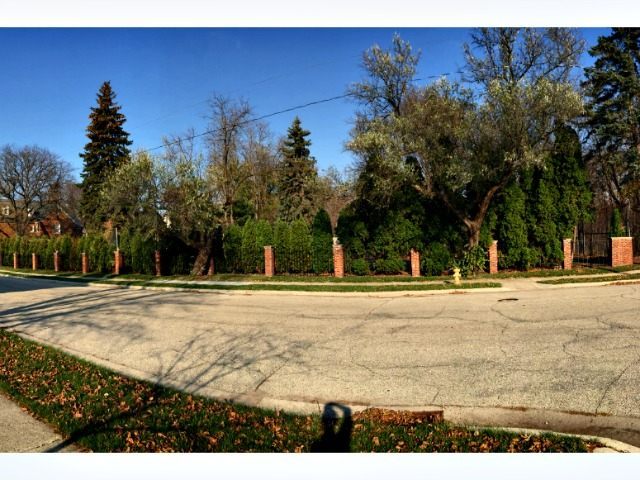 Following Ryan’s defense, Nehlen issued a statement blasting Ryan for essentially telling “Wisconsin voters that his family deserves the protections afforded by a border wall, but your family does not.”

Nehlen described Ryan’s comments as “more radical and more disturbing than anything John Boehner, Eric Cantor or any other bought-and-paid-for Washington career politican has ever said about the matter.”

Ryan gets world class security around the clock at the expense of American taxpayers. He protects his family with a border fence, while he ignores the pleas of American mothers and fathers who have desperately begged Congress to secure our border and stop the senseless deaths of our children…

Paul Ryan shields himself and his family from the open borders policies that he has spent decades imposing upon the American people. How many more Americans have to die for the open border agenda of Paul Ryan’s donors?

On November 16, 2010, Wilkerson’s 18-year-old son Joshua was tied up, beaten, strangled, set on fire, and tortured to death by his illegal alien classmate while he was on his way home from school. Wilkerson says that her son’s killer would have qualified for Obama’s 2012 executive amnesty for so-called DREAMers—i.e. illegal aliens that allegedly entered the country as minors.

Ryan “hasn’t done anything to help us,” Wilkerson’s husband, George, has told Breitbart. “His tone is totally against Americans as far as I’m concerned… He’s doing more for foreign citizens than he is for his own American citizens.”

Interestingly, in 2013, Ryan said that his job as a U.S. lawmaker is to put himself in the shoes of the illegal alien DREAMer and then craft legislative solutions that best serve the illegal immigrant’s interests.

Wilkerson explained that Ryan insulates his family from the immigration policies he forces upon the American people, who can’t afford big fences and exclusive schools like Ryan can:

On January 31, 2015, Julie Golvach’s 25 year-old son, Spencer, was murdered by an illegal alien. Spencer was shot in the head while stopped at a red light.

Nehlen has noted that on Father’s Day, Golvach’s father, Dan, had asked “Ryan to accompany him to the place where Dan will spend every Father’s Day for the rest of his life—his son’s grave. Dan wrote: ‘This way Speaker Ryan can see first hand what pandering to the cheap illegal labor lobby means to Americans who can’t afford to put a security fence up around their house.’ But Paul Ryan ignored Dan’s plea.”

On April 27, 2002, Agnes Gibboney’s son, 29 year-old son Ronald Da Silva, was standing in his girlfriend’s driveway talking to a friend when he was suddenly shot and killed by a previously deported illegal alien. Gibboney says that she supports building a border wall to protect American communities and told the Los Angeles Times, “I want to lay the first brick if I can.”

On January 31, 2016, Michelle Root’s 21-year old daughter, Sarah, was murdered by a drunk illegal alien from Honduras who was street racing in a 35 mph zone. Sarah was killed the day after she had graduated college with a 4.0 GPA. The illegal alien rear-ended Sarah’s vehicle at more than 70 mph– severing her spine and breaking her skull in two places.

After Sarah had been murdered by a drunk illegal alien driver, Ryan told Bill O’Reilly that the reason the House hadn’t pushed Kate’s Law— named in honor of Kate Steinle—was because he didn’t want to be “clogging up our jails” with illegal alien drunk drivers.

Root’s killer had entered the country illegally as an “unaccompanied child” at the age of 16 and was released into the interior. Last year, Ryan voted to fund the President Obama’s resettlement of illegal immigrant border crossers into the interior of the U.S.

In stark contrast to Speaker Ryan– who has been accused of ignoring these families and working against their interests–the Republican Party’s nominee, Donald Trump, has become their champion.

In his Thursday night acceptance speech at the Republican National Convention, Trump named just a few of the American victims specifically and said: “I’ve met Sarah’s [Sarah Root’s] beautiful family. But to this Administration, their amazing daughter was just one more American life that wasn’t worth protecting. One more child to sacrifice on the altar of open borders.”

Of all my travels in this country, nothing has affected me more deeply than the time I have spent with the mothers and fathers who have lost their children to violence spilling across our border. These families have no special interests to represent them. There are no demonstrators to protest on their behalf. My opponent will never meet with them, or share in their pain. Instead, my opponent wants Sanctuary Cities. But where was sanctuary for Kate Steinle? Where was Sanctuary for the children of Mary Ann [Mendoza], Sabine [Durden] and Jamiel [Shaw]? Where was sanctuary for all the other Americans who have been so brutally murdered, and who have suffered so horribly? These wounded American families have been alone. But they are alone no longer. Tonight, this candidate and this whole nation stand in their corner to support them, to send them our love, and to pledge in their honor that we will save countless more families from suffering the same awful fate.