Ted Cruz advice to "vote your conscience" popular at anti-Trump march about a mile from GOP convention. pic.twitter.com/NNgRgY61sP

That didn't take long. The "Vote Your Conscience" signs have arrived outside the #RNCinCLE https://t.co/w8uZ5Svi3l pic.twitter.com/phpWhAU2wv 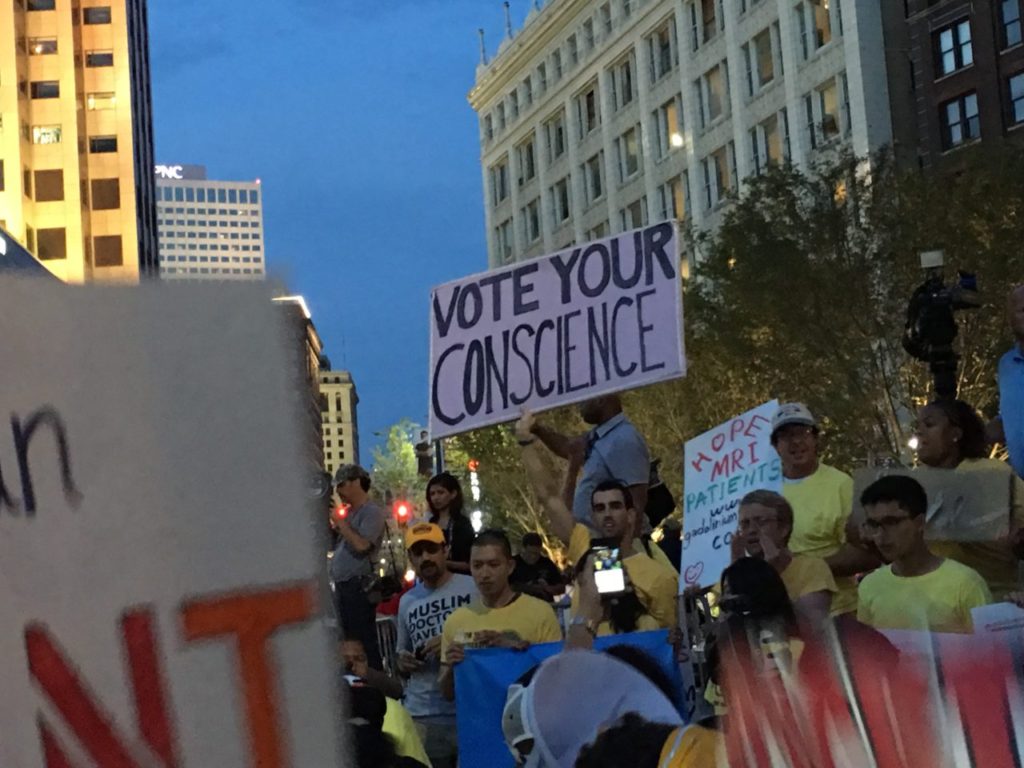