Hillary Clinton’s campaign chief speculated that his boss was lying to him after he confronted her about saying she was a “moderate” during a campaign event.

Clinton insider Neera Tanden complained to Podesta that Clinton’s comment made her life difficult, since she’d repeatedly told reporters that Hillary was a progressive. 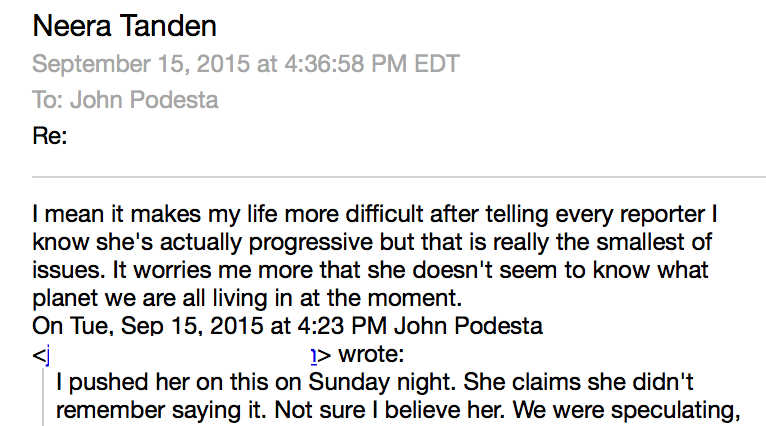 “It worries me more that she doesn’t seem to know what planet we are all living in at the moment,” Tanden wrote.

“I pushed her on this on Sunday night. She claims she didn’t remember saying it,” Podesta replied. “Not sure I believe her.”

The email was made public by Wikileaks, as part of their ongoing release of emails from Podesta’s Gmail account.