One of the illegal alien suspects accused of raping and sodomizing a 14-year-old freshman at Rockville High School “is being used as an unjust scapegoat by the opponents of recent immigration practices,” his defense attorney said Wednesday.

“Based on everything we know, we think he’s innocent. This appears to have been a consensual encounter,” attorney Andrew Jezic told the Washington Post.

Jezic has been retained by the family of 18-year-old illegal alien suspect Henry E. Sanchez. Sanchez Milian and Jose Montano, 17, allegedly raped the victim orally, vaginally, and anally, sometimes simultaneously, in a bathroom stall on March 16 as she cried out in pain and begged them to stop, according to a police interview with the victim. After the victim reported the alleged rape to school staff, a forensic specialist found blood and bodily fluids in the boys’ bathroom. 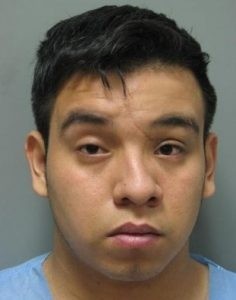 Both illegal alien suspects were enrolled as freshmen at Rockville High School, despite their ages. The 1982 Supreme Court Case Plyler v. Doe forbids public schools from withholding taxpayer funding from illegal aliens, allowing them to enroll in schools meant to educate citizens’ children. As Breitbart News has reported, illegal aliens and their children are entitled to U.S. taxpayer-funded educations in spite of breaking many U.S. laws. American communities are forced to divert nearly $60 billion in funding each year from their own children to illegals, foreign-born students, refugees, and U.S.-born children of illegals granted citizenship by a footnote in the 5-4 Doe ruling.

Political animus is motivating those who are angry at the violent rape accusations, the attorney said.

“There has been a rush to judgment,” Jezic added later. “I think that he is being used as an unjust scapegoat by the opponents of recent immigration practices.”

Border Patrol agents encountered Milian in Texas last August as he crossed from Mexico into the United States. Like thousands of other illegal aliens from Central America swarming the border, Milian was allowed to continue into the U.S., where he joined his father in Maryland and enrolled in high school, thanks to the Obama administration’s “catch-and-release” policy.

“Eighty percent of the tens of thousands of Central American kids who were caught by the Border Patrol and released by [the Department of Health and Human Services] have been released to other illegal aliens,” an illegal immigration expert told Breitbart News. “Not surprisingly, few bother to show up for or complete their immigration court proceedings and have joined the larger illegal alien population.” Federal officials perform virtually no monitoring of the illegals, even when they have pending alien removal cases like Milian did.

Jezic called Milian’s journey from Guatemala and his illegal entry into the country “a courageous trek.”