A group purporting to be a television production company, “America First Television” — or, alternatively, “TrueMedia Television” — is running a sophisticated scam to trick outspoken conservatives to appear as guests on a brand new television show they’ve dubbed a “conservative version of Sesame Street.”

A woman who identified herself as “Field Producer, Alexis McKinnon” contacted me initially via a publicly-listed email address on my Facebook public profile:

My name is Alexis and I am writing to you on behalf of America First Television.  We’re a production company aimed at bringing entertaining and original programming to the millions of Americans who are being ignored by today’s mainstream media and content providers.

Currently, we are in pre-production on an exciting series aimed at our nation’s youth, tentatively titled LIBERTY LANE. It’s our take on Sesame Street, and will feature puppetry, songs, animation and important life lessons. The show will air nationally – we have a distribution deal in place with CBS Corporation – and is currently eyeing a late 2017 air date.  The left’s perspective tends to permeate all aspects of adult and children’s programming. We hope to encourage and inspire the next generation of leaders.

We are approaching prominent individuals in a wide variety of fields – politics, sports, arts – to make guest appearances and help us instill the values this country was built upon.  As one of our state’s/nation’s most prominent politicians, and someone who has children, we would be thrilled to have as an honored guest on the show. Other potential guests that we are currently in talks with include Bruce Willis, Tom Brady, and Mitt Romney.

We are aiming to film the week of May 8th at a soundstage in Los Angeles. If you have any questions, I’d be happy to discuss this in further detail. My cell phone number is [redacted] or please reply to this email.

Later, “Alexis” assured me that the company had seen that I had appeared in a number of documentaries, and that I had a radio show and a book out.

“You’re remarkably unpolished,” she told me. “And that’s what we’re looking for — someone genuine, someone who’s real.”

That’s when I was sold. She hit just the right notes of flattery and realism, and I took the bait — hook, line and sinker.

I asked her who else had accepted the invite to be a guest.

She told me that because of the nature of the names involved, there was a need for absolute secrecy.

My wife, Rowena, was not bowled over.

She kept asking questions — and I kept reassuring her.

Proverbs 16:18 warns that “[p]ride goeth before destruction, and a haughty spirit before a fall” — and believe me, there was no shortage of pride as I daydreamed about being involved in a project that could reverse decades of indoctrination.

I confirmed a date and time, and agreed to participate. 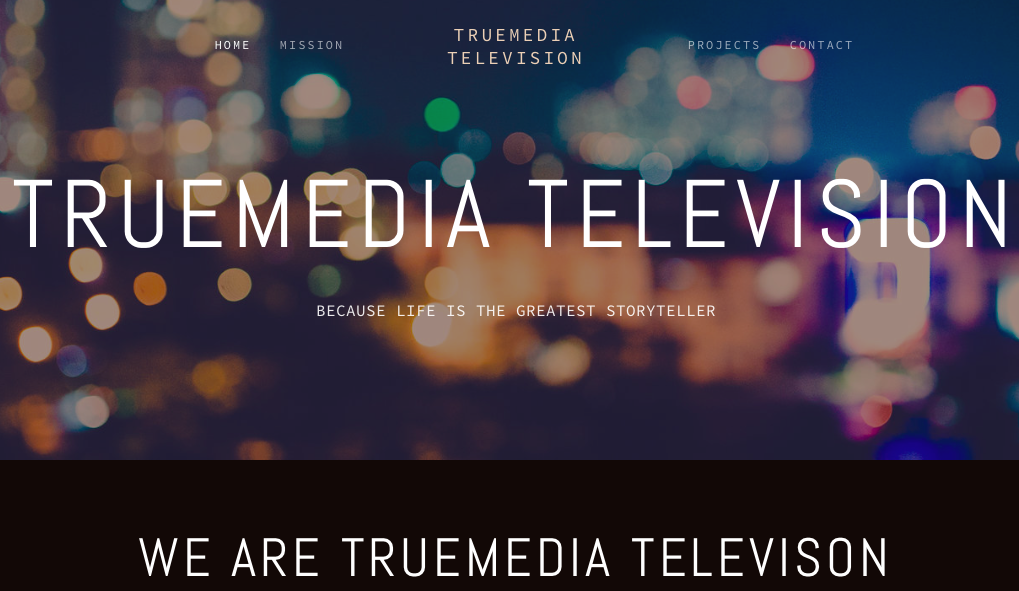 “What if it’s a set-up?” My wife kept asking me. In order to keep me out of trouble, she arranged to take the day off work and travel with me to the North Hollywood sound stage.

We arranged to meet “Alexis” at a coffee shop near the sound stage off Cahuenga Blvd.

My wife kept telling me she had a sense that something wasn’t right.

“Alexis” showed up with another “Field Producer” in tow, named “Jordan.”

“Alexis” went to buy coffee and “Jordan” sat down with us and launched into a story about how “pro-life” he was and how his wife had just lost a baby to stillbirth — and became all choked up.  He went on to talk about a television series he had produced about women who had made the decision to have Down Syndrome kids, even though the technology existed to identify the symptoms early enough to abort their pregnancies.

As we had a few moments, I asked both of them about the setup and the script again. “Alexis” assured me that I would love the script, but that the program wanted me to be “unscripted.”

More flattery forestalled any answers to the nagging questions.

When Rowena asked why she could not be on set, she was told there were rules about parents keeping children in line of sight, and they wanted my interaction with the kids to be “fresh” and “unrehearsed.”

After investing so much, I really wanted to see the project through. But I still thought it strange they wanted to keep me separated from Rowena.

Just before 2:00 p.m., I was driven to the sound stage by “Alexis” — and that is when things became really strange.

I was rushed directly into position for live shooting with very little instruction. I kept pushing away the doubts by telling myself: this is a small set production by a newly-formed group that is conservative, so it is most likely underfunded. They did tell me that I would be directed to look at the teleprompter when they wanted me to speak or sing something.

After about 20 minutes of shooting, it became clear the whole thing was indeed a setup — and I walked off the set. The skits had an overwhelmingly racist overtone — almost as if a caricature of how the left views conservatives — rather than how conservatives really are.

The harder the producers tried to convince me to stay, the more clearly I could see their intent. One producer said, “I don’t understand why you’re so upset, I’m a Republican,” holding up his red tie as if that was proof positive that everything was ok — and I should just ignore my instincts.

My wife was right.

It was creepy to realize the lengths the left will go to in order to make conservatives look bad, instead of simply debating us on the battleground of ideas.

I tried finding out more about the company. In response to my question about who was behind the whole production, I was told about a “Tim Watkins” of Orlando, and given his phone number. And they assured me that another conservative had not had issues with the script.  When I asked whom, he said, “Shannon Grove, Assemblywoman … but she didn’t complete the whole show.”

I called Shannon, a colleague with whom I served in the Assembly, and discovered that she had a “hinky” feeling about the whole thing — and fortunately, due to a scheduling conflict — never made it to the sound stage.

So I decided to try the phone number for “Tim Watkins.”  It worked the day I called it, but was answered only by a generic voicemail message. As of this writing, none of the phone numbers work.  They seem to be covering their tracks.

I also contacted CBS to find out if they had any relationship with the company or the program. They do not.

I’ve sent the company a letter rescinding any consent to be part of its “fake TV” show, and have threatened legal action should they be foolish enough to cut-and-paste any of their footage to make me look bad.

My wife assures me that I can look bad without any help from them.

Let my experience be a warning to other conservatives: beware this “fake TV” group claiming to be affiliated specifically with CBS, among other mainstream media outlets.

They have already targeted other outspoken conservative leaders in California, including Debbie Bacigalupi, who has been an ardent activist/speaker against Agenda 21 and the climate change agenda.

Bacigalupi, who was contacted by the same “Julia Cahillane” who had previously targeted Shannon Grove, told me: “I’m heartbroken to see people use children and millenials to advance a socialist/collectivist agenda choosing smear tactics instead of debating their ideas out in the open on the public stage — and letting the people decide.”

Tim Donnelly is a former California State Assemblyman and author who is doing a book tour for his new book: Patriot Not Politician: Win or Go Homeless. He ran for governor in 2014.