One of the shocking revelations of the developing Reality Winner leaks scandal is that the eccentrically-named 25-year-old was able to secure a “Top Secret” clearance as part of her contracting job.

Winner, a government contractor lately with Pluribus International, stands accused of leaking a classified National Security Agency report on Russian hackers during the 2016 elections to left-wing news site The Intercept.

As the government has grown ever more dependent on the security clearance system to maintain confidentiality, the number of Americans holding clearances has skyrocketed. A 2013 report from the Office of the Director of National Intelligence found 4.9 million security clearances, 1.4 million of them Top Secret.

The massive list of positions both with the government and, like in Reality Winner’s case, with a private government contractor, that require clearances has led to a back log  at the Office of Personnel Management that can create a major obstacle to government employment.

In the pressure to get people approved for the clearances needed, several embarrassing lapses in vetting have come to light. For example, Washington Navy Yard shooter Aaron Alexis held a clearance, despite clear indications of psychological problems and a years-long pattern of violent behavior.

In Ms. Winner’s case, being the arch-millennial her extensive social media presence suggests she is, she posted many of her views and impulses for the world to see. Several red flags stick out in hindsight as to her possible unsuitability for access to the nation’s sensitive intelligence and defense information.

#1 “Being White is Terrorism”

@kanyewest you should make a shirt that says, "being white is terrorism"

On a Twitter account that appears to belong to the same Reality Winner who was arrested Saturday, “Sara Winners” displays casual anti-white attitudes, telling rapper Kanye West that he should make a shirt emblazoned with “being white is terrorism.” She also expressed her support for anti-law enforcement group Black Lives Matter in the most explicit of racial language, replete with campus social justice terminology:

This is not the week to remain silent #BlackLivesMatter pic.twitter.com/YQTcH7rjvt

Elsewhere the account makes seemingly endless tweets about climate change, the Civil War in Syria and Russia’s role there, and, of course, Donald Trump…

Winner made no attempt to hide her utter contempt for President Donald Trump and his followers: Retweeting common #Resist tropes like comments on the President’s hands and retweeting, for example, half a dozen examples of the following image: 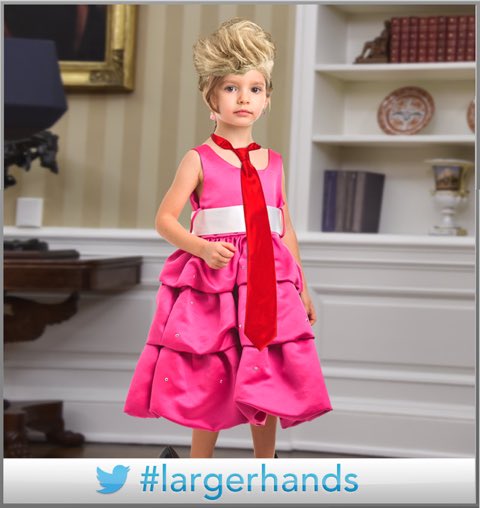 Why burn a flag? @realDonaldTrump thinks crosses burn much better

Among her myriad inane Facebook postings, Winning included several rambling text documents full of environmentalist, social justice, and marxist buzzwords. The documents, apparently letters to a college faculty and paper she wrote, include headings like “apathy is class warfare” and link climate change to world events like the Syrian Civil War. 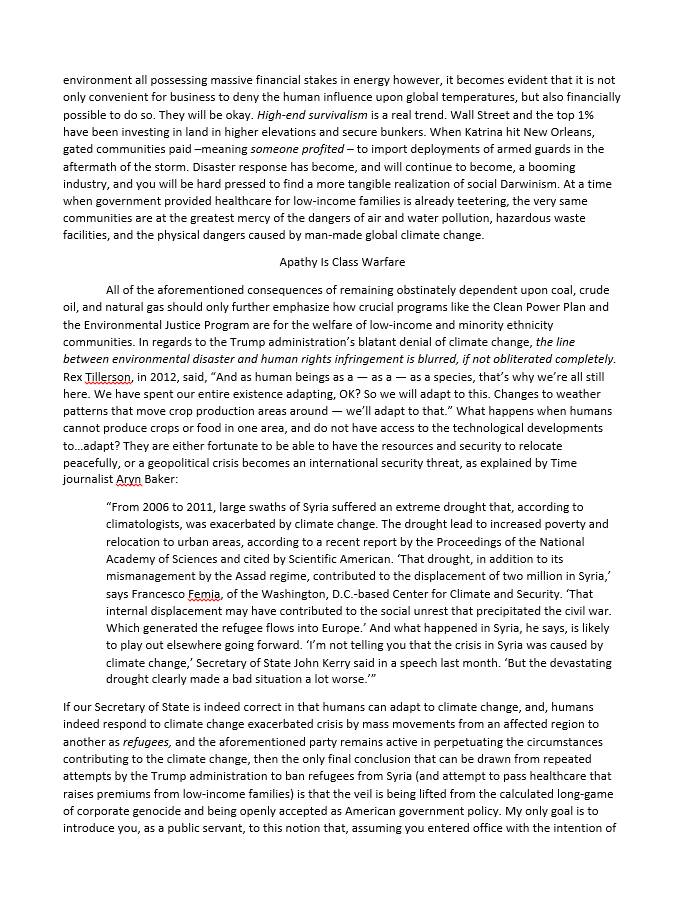 #6 “Minorities are The Victims of Pollution”

Rivaling a recent astounding series of tweets by the American Civil Liberties Union claiming Trump’s withdrawal from the Paris Climate Agreement is an “assault on communities of color,” Winner turns to race again in an attempt to link virtually all social ills to environmental issues: 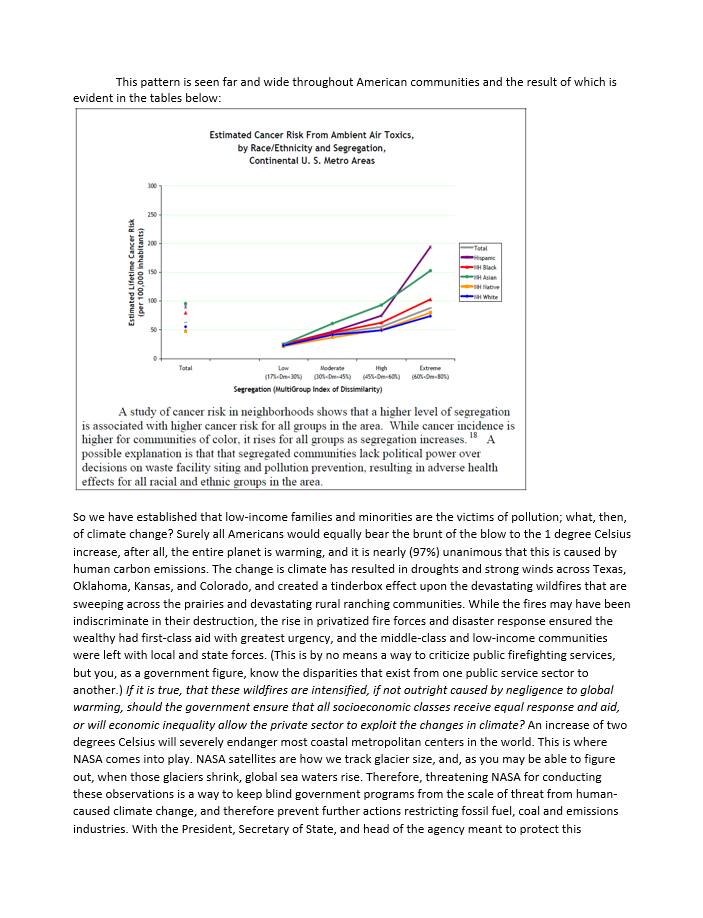