GOP Senators John McCain and Orrin Hatch are objecting to President Donald Trump’s forceful rejection of the progressives’ demand that the Pentagon help some service members live as members of the opposite sex.

“Any American who meets current medical and readiness standards should be allowed to continue serving,” said a morning statement by Sen. McCain, who appears to accept the claim that a person’s “gender identity” should be endorsed by the Pentagon and enforced on other soldiers.

There is no reason to force service members who are able to fight, train, and deploy to leave the military—regardless of their gender identity. We should all be guided by the principle that any American who wants to serve our country and is able to meet the standards should have the opportunity to do so—and should be treated as the patriots they are.

“I don’t think we should be discriminating against anyone,” Hatch told USA Today in a statement which seems to accept the claim by transgender advocates that any disagreement with a person’s claim to have an opposite-sex “gender identity” should be treated as illegal discrimination. Hatch continued:

Transgender people are people, and deserve the best we can do for them. I look forward to getting much more information and clarity from our military leaders about the policy the President tweeted today.

Earlier, Hatch used Twitter to signal his support for the transgender ideology, which insists that a person’s “gender identity’ trumps their tangible male-or-female biology. In practice, this means that men who declare a female “gender identity” would have the government-enforced right to use women’s bathrooms and showers and to compete against women in women’s sports leagues — and to force other women to say aloud that they are women, regardless of genitalia.

Sen. Gardner on Trump's tweet on transgender Americans in the military: "I don't agree with the president"

She believes what is most important is making sure service members can meet the physical training standards, and the willingness to defend our freedoms and way of life … While she believes taxpayers shouldn’t cover the costs associated with a gender reassignment surgery, Americans who are qualified and can meet the standards to serve in the military should be afforded that opportunity.

In contrast, Missouri GOP Rep. Vicky Hartzler celebrated Trump’s decision. Trump “took the decisive steps necessary” to best spend Pentagon dollars, she told Breitbart News. The pro-transgender policy could cost the military up to $3.7 billion over the next ten years, which is enough to buy 14 F/A18 fighter-bombers, she said. “We have got to spend our dollars where they are needed,” she added.

Tony Perkins, president of the Family Research Council, also applauded Trump’s policy, saying “this is what has made him appealing as a candidate, and what has retained his support among conservatives — the president is not afraid to push back against politically correct [claims] and to state what is obvious.” Perkins added:

I do think it helps the average American to stand up and say what is obvious [and] that is refreshing … the overwhelming majority of Americans in most surveys I’ve seen do not think the federal government should be blurring the lines between the two biological sexes … [and] that’s why the media is reacting in a visceral fashion because you see for the first time a political leader doing what he said he was going to do, and push back against the sacred cow of the left.

When asked about McCain’s statement, Perkins said that some GOP leaders “never push the reverse button.” 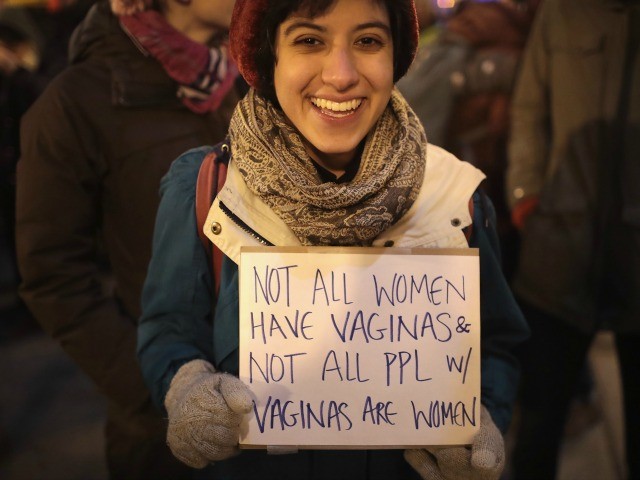 “The President’s tweet this morning regarding transgender Americans in the military is yet another example of why major policy announcements should not be made via Twitter.”

“The statement was unclear. The Department of Defense has already decided to allow currently-serving transgender individuals to stay in the military, and many are serving honorably today. Any American who meets current medical and readiness standards should be allowed to continue serving. There is no reason to force service members who are able to fight, train, and deploy to leave the military—regardless of their gender identity. We should all be guided by the principle that any American who wants to serve our country and is able to meet the standards should have the opportunity to do so—and should be treated as the patriots they are.

“The Department of Defense is currently conducting a study on the medical obligations it would incur, the impact on military readiness, and related questions associated with the accession of transgender individuals who are not currently serving in uniform and wish to join the military. I do not believe that any new policy decision is appropriate until that study is complete and thoroughly reviewed by the Secretary of Defense, our military leadership, and the Congress.

“The Senate Armed Services Committee will continue to follow closely and conduct oversight on the issue of transgender individuals serving in the military.”

The transgender ideology says that a person’s legal sex should be determined by their self-declared “gender identity,” not by their male or female body. The ideology also says the federal government should force Americans to accept the “gender identity” claims made by each person, regardless of scientific data about genetics, biology and the variety of normal behavior and appearances shown by normal equal-and-complementary women and men.

Polls show that strong majority of ordinary Americans oppose the progressive claim that unverifiable “gender” is more important than a person’s sex. Polls also show that Americans want sexual privacy in bathrooms and shower rooms and especially in K-12 schools.  Also, the polls show that most Americans want to be polite and helpful to the very few transsexual people who wish to live as members of the other sex. According to one study of the 2010 census, the population of transgender people amounts to one in every 2,400 Americans, or 0.03 percent of the adult population.

The fight over the Pentagon’s policy is important because a Pentagon approval of the pro-transgender ideology would help transgender activists pressure judges and swing-voting legislators to impose the transgender rules on Americans’ civic groups, such as schools, universities, and workplaces.