Regnery Publishing has released the cover art for bestselling author Edward Klein’s new book All Out War: The Plot to Destroy Trump. The following blurb is from Regnery.

Since the moment Donald Trump launched his presidential campaign, powerful figures have been working to delegitimize the brash-talking businessman and drive him from office before he can drain the swamp and take away their power. 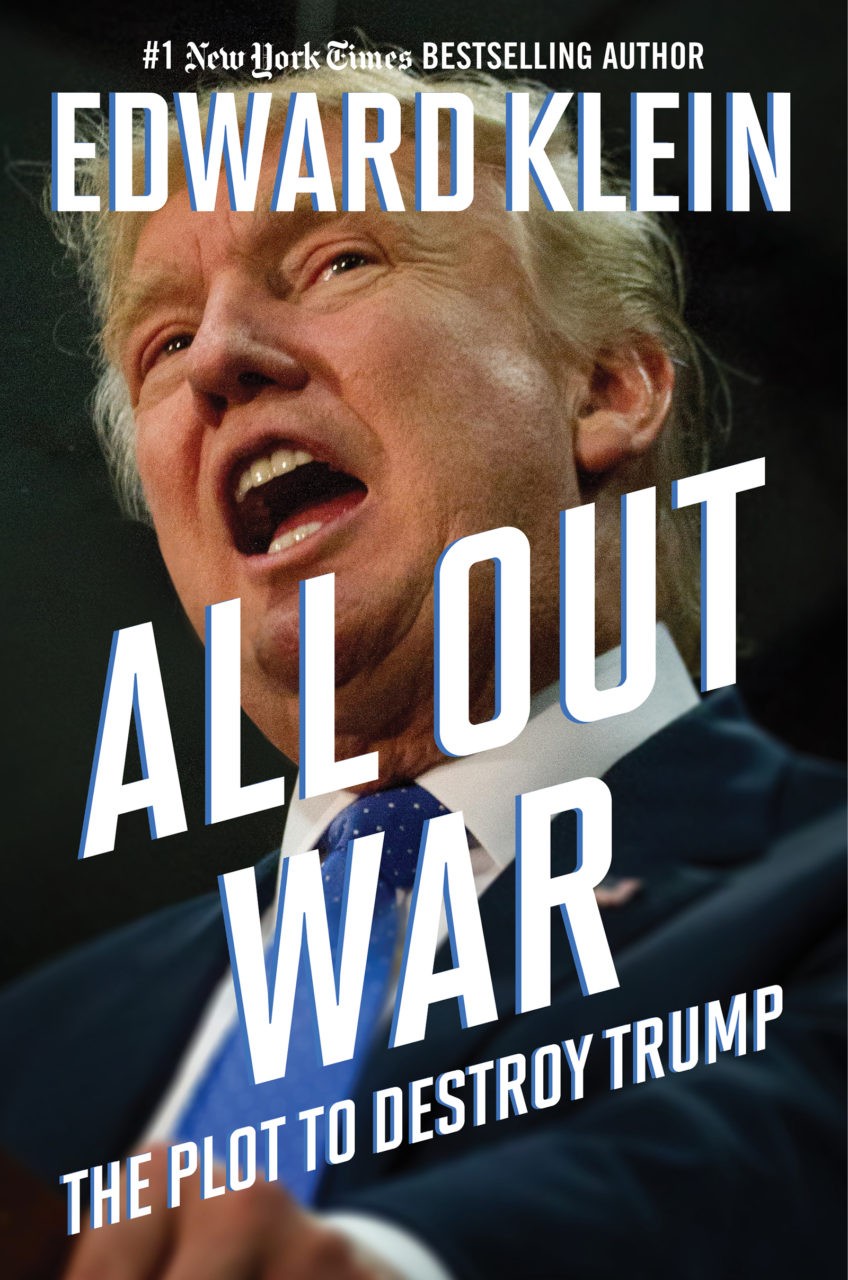 Who are these determined and ruthless individuals who are waging all-out war against the president? Why have left-wing progressives and members of the conservative establishment joined forces to drive Trump from office? And what does this mean for the future of American democracy?

Edward Klein, the former editor in chief of the New York Times Magazine, and the investigative reporter behind #1 New York Times bestsellers The Amateur and Blood Feud, exposes the villains behind the plot to destroy Trump.

“In America,” writes Klein, “you are entitled to your own opinion, but you are not entitled to overthrow the democratically elected president of the United States and inflict irreparable damage on our country. That, however, is what Trump’s enemies on the Left and Right are doing with lies, leaks, obstruction, and violence.

For those who want to join the effort to prevent these villains from crippling our democracy, All Out War: The Plot to Destroy Trump is essential reading.