President Donald Trump met with several military leaders at the White House on Thursday, and later invited them and their spouses for dinner. 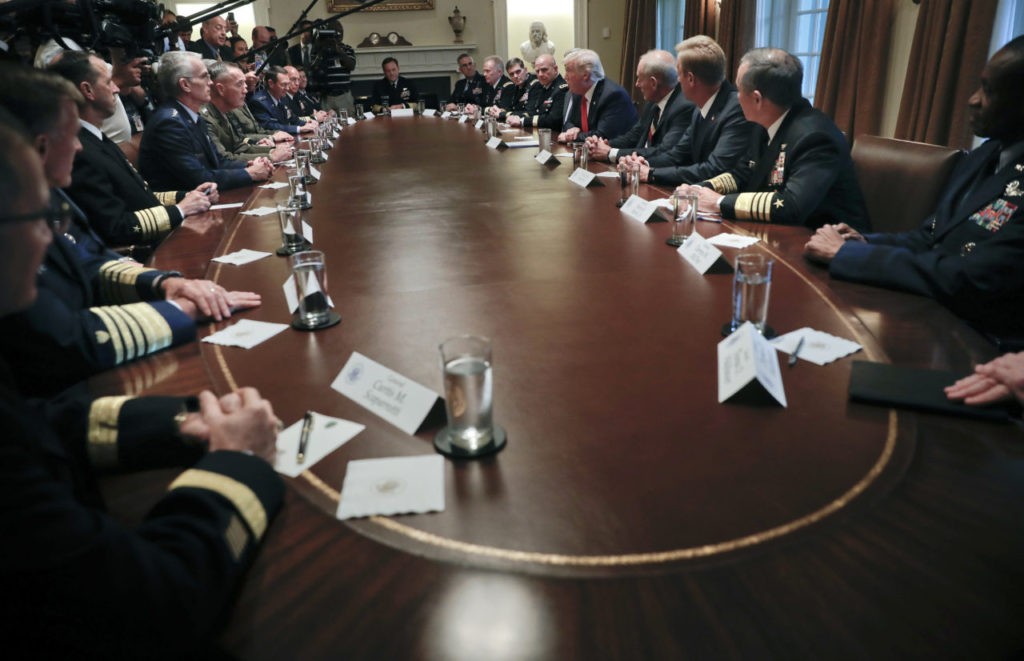 “You guys know what this represents?” Trump asked the press, during a brief photo op after the dinner.

“Tell us,” a reporter replied.

“Maybe it’s the calm before the storm,” he hinted. 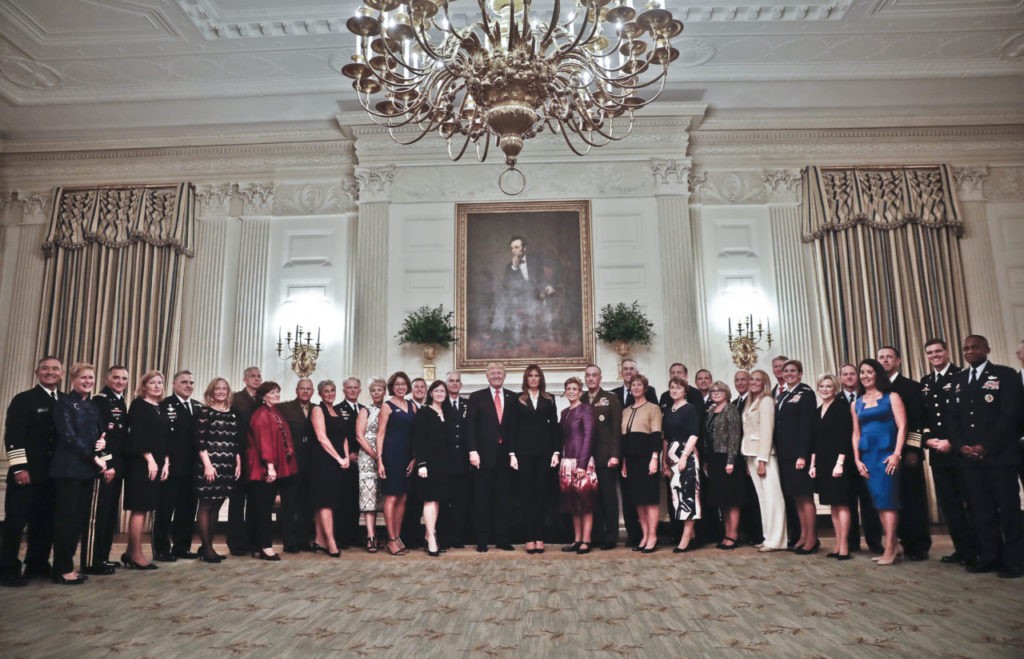 The president did not discuss further what he meant despite a flurry of follow-up questions from the press.

“Nobody does it better than the people in this room, believe me,” Trump said, addressing the leaders, thanking them for their service.

Trump spoke of the challenges the country was facing in North Korea, Iran, and Afghanistan as well as the ongoing fight against ISIS.

“I put my trust in you to execute our mission aggressively and effectively, and you are delivering,” he said, promising to increase the military budget.

But Trump urged them to work harder and faster to put military options on the table.

“Moving forward, I also expect you to provide me with a broad range of military options, when needed, at a much faster pace,” he said. “I know that government bureaucracy is slow, but I am depending on you to overcome the obstacles of bureaucracy.”