The Solution: Going To Where the Money Is

Okay, so that’s the puzzle: Spending is rising faster than revenues, with no end in sight. Meanwhile, a key Trump priority, infrastructure, is at risk of being squeezed out, unless there’s a tax increase proposal—which would be its own epic fight, with no certain outcome. And in the meantime, some say that overspending is not just an economic problem, but, also, a national security problem.

So what to do? At least in terms of the math, the answer seems simple enough: If it’s politically impossible to cut the size of government, then the thing to do is increase the size of the economy–as they say, make the pie bigger. That way, at least the government is small in a relative sense, and the people’s liberty is hopefully protected. In addition, if we have new priorities, such as more money for infrastructure, or more for defense, then there’s little choice but to grow the economy, lest the government swallow too large a proportion of the national income.

In fact, a few years ago, the George W. Bush Presidential Center put forth its solution—increase annual U.S. economic growth to four percent. The idea of accelerating growth is hardly an original thought, but it’s a good one, because if growth is fast enough, we can, in fact, grow our way out of the deficit, as well as enjoy greater prosperity.

Indeed, Trump himself said in December that he thought the U.S. could hit six percent growth—a sharp increase from the 2.5 percent average over the last three decades. Such a growth spike would, of course, make a huge difference, and we can quickly do the math: At a six percent rate, the size of the economy would double in less than 12 years, but at a 2.5 percent rate, it would take a full 28 years to double. 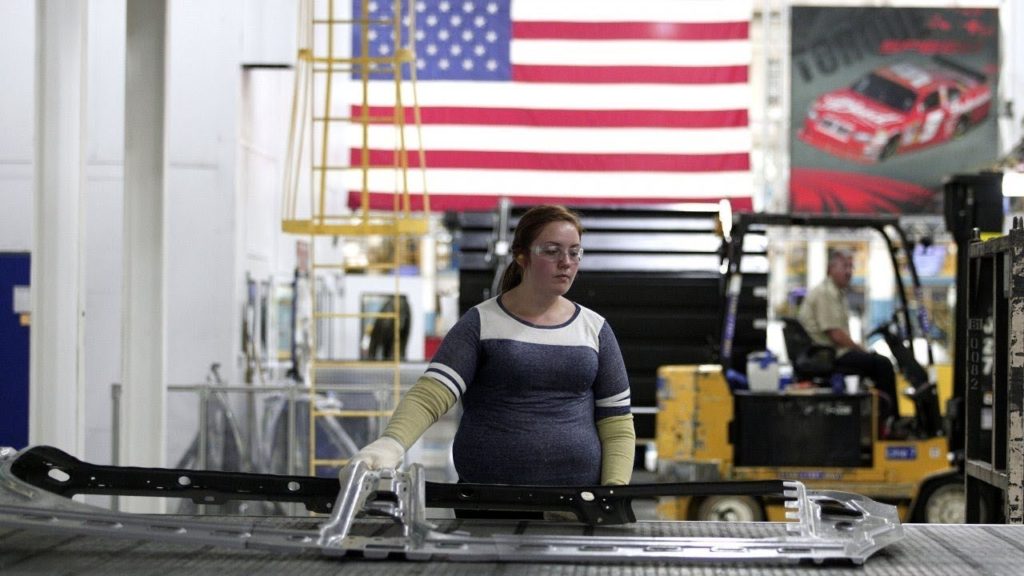 These growth variables would also, of course, make a vast difference in budgetary ink—red or black. For instance, Trump’s budget anticipates revenues of $3.422 trillion in fiscal year 2019. Okay, so now, assuming no change in tax rates beyond the just-enacted tax cuts, let’s look at how different rates growth would affect those revenues.

In 2017, economic growth notched in at 2.3 percent. That was a substantial increase from the 1.5 percent growth rate of 2016, and yet still, budgeteers say, it’s not strong enough to close the long-run budget deficit. Specifically, if the economy were to continue to expand at 2.3 percent for the next decade, yearly revenues would increase to $4.29 trillion by 2029—still a deficit.

But if growth could be upped, revenues, too, would be upped, and the deficit would, in fact, be eliminated. For example, if the economy were to grow by four percent, revenues in ten years would be almost $800 billion greater, all the way to 5.06 trillion a year. Moreover, if growth could be increased to six percent, as Trump hopes, then annual revenues would sail all the way to $6.12 trillion. At those higher rates of growth, not only would the budget come into balance, but the national debt—currently about $20.6 trillion—could start being paid off.

So where could we get the money we need—that is, the economic growth we need?

One answer is to increase our use of fossil fuels. We do, after all, have enormous wealth beneath our feet—far greater than commonly realized. For instance, according to a 2017 report from the Department of Energy, the total value of natural gas in the U.S., at current prices ($3 per thousand cubic feet), is $7 trillion.

And according to the same DOE report, the total value of technically recoverable oil in the U.S., at current prices ($60 a barrel), is $16.5 trillion.

So if we add that $7 trillion to the $16.5 trillion, we get a total of $23.5 trillion, which is about 25 times the size of the federal deficit, six times current federal spending, and greater than either America’s national debt or our annual GDP.

(These numbers, we might note, do not include the value of oil and gas resources in areas where drilling is currently prohibited by law or policy.  And as to the value of those forbidden resources, a different study, by a private group, the Institute for Energy Research, found that the total economic value of all reserves of oil and gas under federal lands and waters, at current prices, totals $76 trillion.)

But wait!  There’s more!  According to another DOE report, the U.S. has technically recoverable reserves of coal totaling 476 billion long tons, which, at current prices ($50 a long ton), totals $23 trillion.

These giant numbers, of course, are hard to comprehend—they are, in fact, dizzying. A mere million one-dollar bills, for example, piled up in a stack would be 333 feet high. And so a billion dollars would be 333,000 feet high, or more than 60 miles. And a trillion, we might add, is a thousand billions.

Yet by now, steady news consumers are becoming acclimated to such lofty fiscal elevations; that is, we’re familiar with measuring dollar amounts in billions and trillions. After all, in a big country such as the U.S., just about every dollar-total concerning the government, and the economy, will be end up being yuge.

So now let’s return to the issue of boosting economic growth in order to better fund the government, as well as the rest of us. And we can immediately ask: Why aren’t we using all that fossil-fuel wealth? All that gas, oil, and coal? 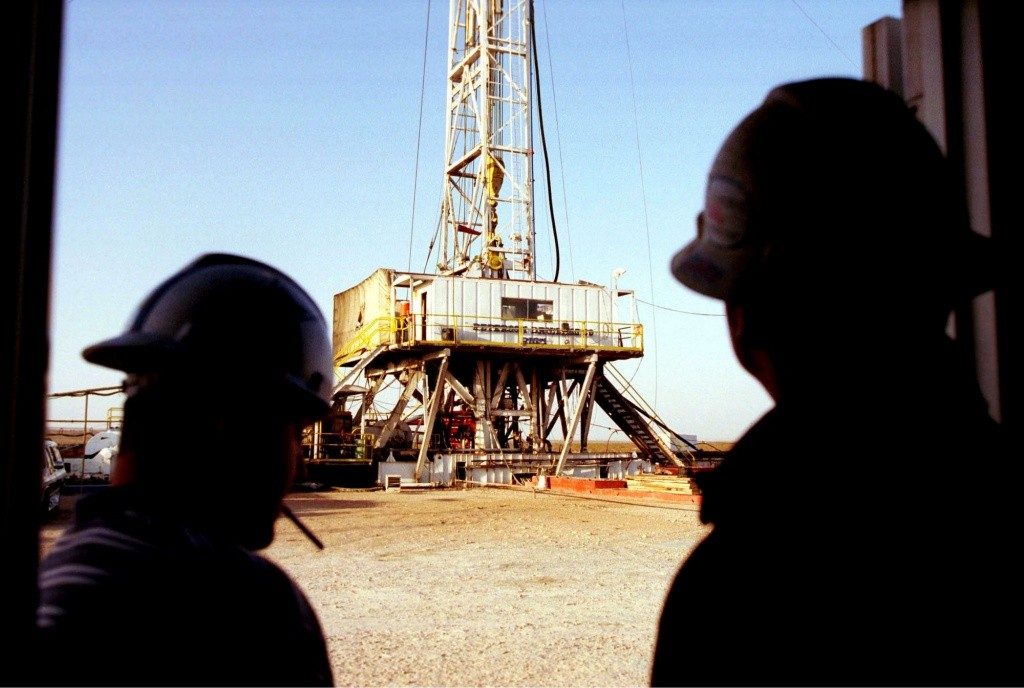 Part of the answer, of course, is that extraction is difficult. It’s something of a miracle—more precisely, a technological marvel—that we can drill for oil through two miles of water, or through eight miles of rock. And hydraulic fracturing (“fracking”) is perhaps an even greater marvel; it’s only because of fracking that US oil production has doubled in just the last decade, thereby blowing away the old conventional wisdom that we were in the midst of an “energy crisis,” or suffering from “peak oil.”  And so, yes, all those additional trillions are beckoning to us, but the easy energy—the ergs equivalent of low-hanging fruit—has already been plucked.

Yet as we all know, the far greater inhibition against expanded energy production comes from environmental concerns, most notably, worries about climate change.

There’s no need to rehash all the arguments about climate change here and now; suffice it to say that that the growth-vs.-green feud will not be easily resolved. The two sides are, one might say, the equivalent of an irresistible force meeting an immovable object. Indeed, with that collision in mind, this author has highlighted a possible solution: an ambitious program for carbon capture and storage (CCS). CCS is complicated and controversial, and yet if we could truly master the technology and make it cheap, we might not only be able to eliminate excess atmospheric carbon dioxide emissions, but also to go even further, to actual reductions. 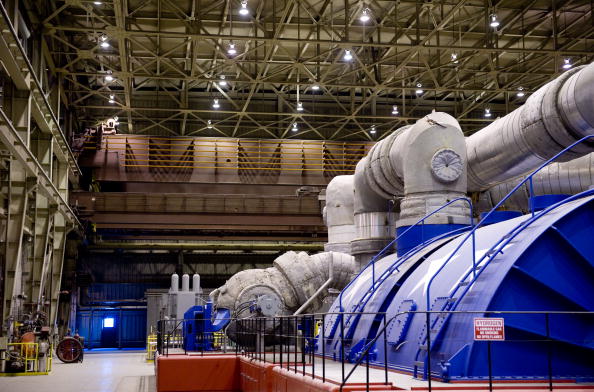 Perhaps we could even convert captured carbon into a safe solid; *after all, green plants have being just that for eons, through the process of photosynthesis. Surely, brainless plants can do it, so can brainy people.*

Why not use it, for example as landfill, or for new mountains, or maybe even artificial islands?  Or why not make super-strong carbon nanotubes to use as a construction material? The possibilities would be as infinite as the capacity of the human intellect—what the late Julian Simon dubbed the Ultimate Resource.

Indeed, if we really wanted to make use of all the fossil fuels put here on our earth, we might also look to methane hydrates—that is, natural gas found trapped inside water molecules, deep down in the ocean and in the earth’s frigid regions.

Right now, our ability to harvest the energy of methane hydrates is mostly limited to gee-whiz demonstrations of burning ice; indeed, some skeptics insist that it’s all just a flash in the pan—a fantasy pipe dream. Yet of course, the same sort of skepticism was once applied to oil drilling, and fracking—and just about any other complicated human endeavor.

Meanwhile, the numbers associated with methane hydrates are so enormous that they dwarf even those we have seen for more familiar fossil fuels.  And so attention should be paid. In fact, according to still another Department of Energy report, the worldwide total of methane within methane hydrates is estimated to be between one hundred thousand and one million trillion cubic feet of natural gas (or perhaps more).

The value of all that gas is, at current prices, somewhere between $300 trillion and $3 quadrillion. A quadrillion, we might note, is 1015 — that is, a “1” with 15 zeroes after it. Or to put the possible total global sum another way, the possible $3 quadrillion works out to $700,000 for every person on the planet.

So if the U.S. could lay claim just five percent of this resource—which DOE suggests might total as one million trillion cubic feet, or $3 quadrillion—that would amount to as much as $150 trillion for the U.S.

Of course, since it’s impossible to know what the price of anything might be in the future, it’s probably better to express these quantities in terms of their actual energy value; and so, for example, the possible amount of energy in the planetary estimate of one million trillion cubic feet methane hydrates is that that’s a million Quads of British Thermal Units (BTU). A BTU is a measurement for energy, representing the amount of heat that is needed to raise the temperature of one pound of water by one degree Fahrenheit at sea level. One BTU is roughly equal to the heat produced by a kitchen stick match. And a Quad is a quadrillion BTU.  So the amount of energy potential with methane hydrates could be measured as being between 100,000 and one million Quads.

To be sure, all these fossil-fuel numbers—the ones denominated in trillions, to say nothing of the ones denominated in quadrillions—are speculative, even if the basic science has, in fact, already been proven. And yes, for sure, the full exploitation of these resources, at best, could be years, or decades, in the future. Or maybe it will never happen.

And yet if we ever could so much as just scratch the surface of all this energy potential, the flood of investment would fill today’s America with jobs, rising land values, new spinoffs, and overall wealth.

So we can see: We have the potential to transcend completely all the current worries about spending, taxing, and red-inking. We might even compare the current prospect of a technological leap on energy to past leaps, such as the way that the telegraph leapt over concerns about the effectiveness of pony expresses and carrier pigeons, or the way that the Internet leapt over concerns about typewriter ribbons and carbon paper. In each instance, the concerns of the earlier era were obviated by the new realities of the later era.

Indeed, it’s likely that if we were to launch on a new fossil-fuel-based wealth strategy today, we would likely evolve toward something better or newer, energy-wise, long before we came close to using up all that fossil fuel. That’s the typical sequence of innovation: We think up a new thing before we use up the old thing.

In the meantime, the national fiscal relief to be gained from new fuels would be comforting, and yes, the wealth to be had would be exciting—and yes, the country really will have gone full MAGA.

And yet most thrilling of all would be the next quantum leap in human advancement.