The same left-wing organizers of the Women’s March promoted and helped produce the National School Walkout on Wednesday as a response to the 17 people killed last month when a former student with a long history of mental health issues went on a shooting spree at a high school in Parkland, Florida.

The plan was for middle and high school students across the country to walk out of school for 17 minutes to pay respect for those who lost their lives at Marjory Stoneman Douglas High School.

But in the District of Columbia hundreds of students with little or no adult supervision traveled to the White House and the Capitol to protest what they and their allies refer to as “gun violence.” 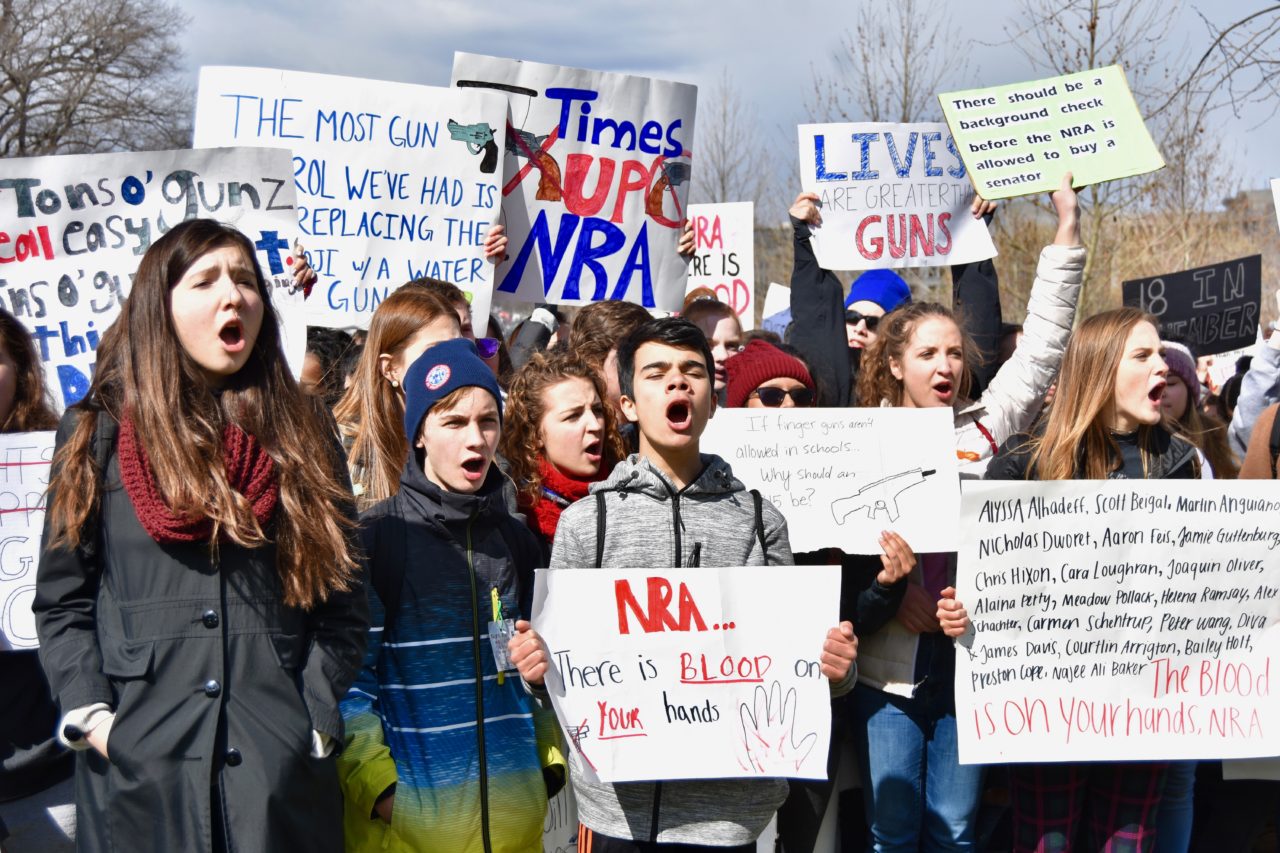 Some students taking part in the National School Walkout on Wednesday traveled to the nation’s Capitol to villainize the National Rifle Association and demand an end to ‘gun violence.’ (Penny Starr/Breitbart News)

Dozens of students from Montgomery Blair High School snarled morning-commute traffic as they walked from campus to the Silver Spring Metro station on Wednesday morning.

They arrived at the Capitol bearing lewd signs that read “F*ck the NRA” and chanting “Hey Hey Ho Ho the NRA has got to go” and “Hey Hey, Ho Ho, gun violence has got to go.”

Some Democratic lawmakers showed up at the protest, including Sen. Ron Wyden (D-OR) who posed for videos and photos with Oregon youth that had traveled to D.C. to take part.

Aside from chanting—“Hey hey NRA killing kids is not okay” and “What do we want? Gun Control. When do We Want it? Now”—the crowd was not unruly until Sen. Bernie Sanders (I-VT) came into view on the west steps of the Capitol. That’s when the hundreds of protesters surged forward and leveled the temporary fencing installed by police to contain the crowd. 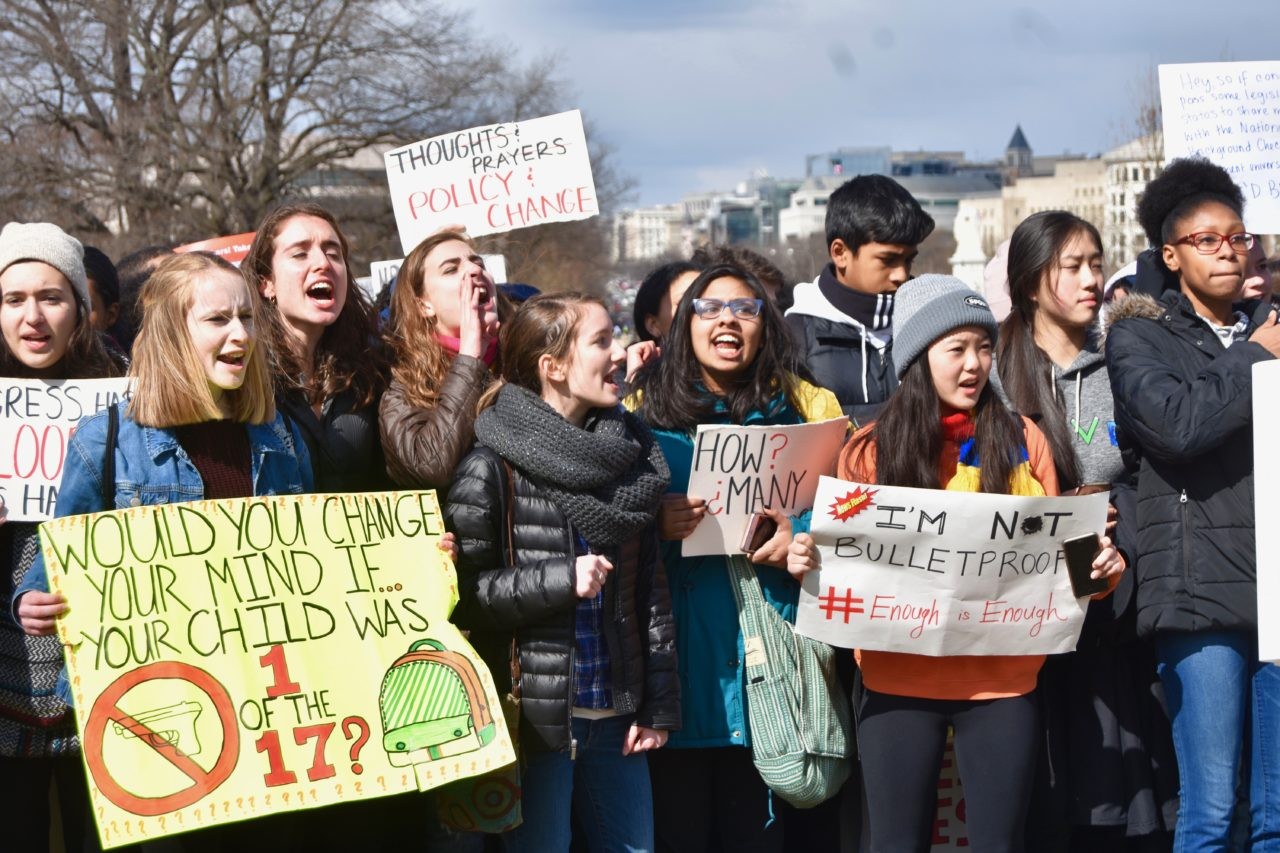 The U.S. Capitol Police did not try to stop the crowd but did keep the protesters from crawling over the cement border wall that surrounds the Capitol.

The Washington Post reported on the protest outside of the White House:

Just before 10 a.m. the crowd fell silent and sat with fists and signs held high. They sat in silence for 17 minutes on Pennsylvania Avenue with their backs to the White House.

As the silence was broken at 10:17, the crowd began chanting “We want change!” Later, they marched to the Capitol, where they heard from lawmakers.

One of those was Rep. Luis Gutierrez (D-IL) who praised the protesters as “the future.”

“I look at the crowd, and I see the future, and I see you, and I came here to say thank you,” Gutierrez said. “Because I know you will accomplish what I and others have failed to do.”

Gutierrez led the crowd in a Spanish “yes we can” chant.

The way that schools handled the walkout varied across the region, with many schools allowing students to gather in a “safe space” on campus for 17 minutes. At other schools, students that left campus could be counted as absent or face detention, the local NBC affiliate reported.