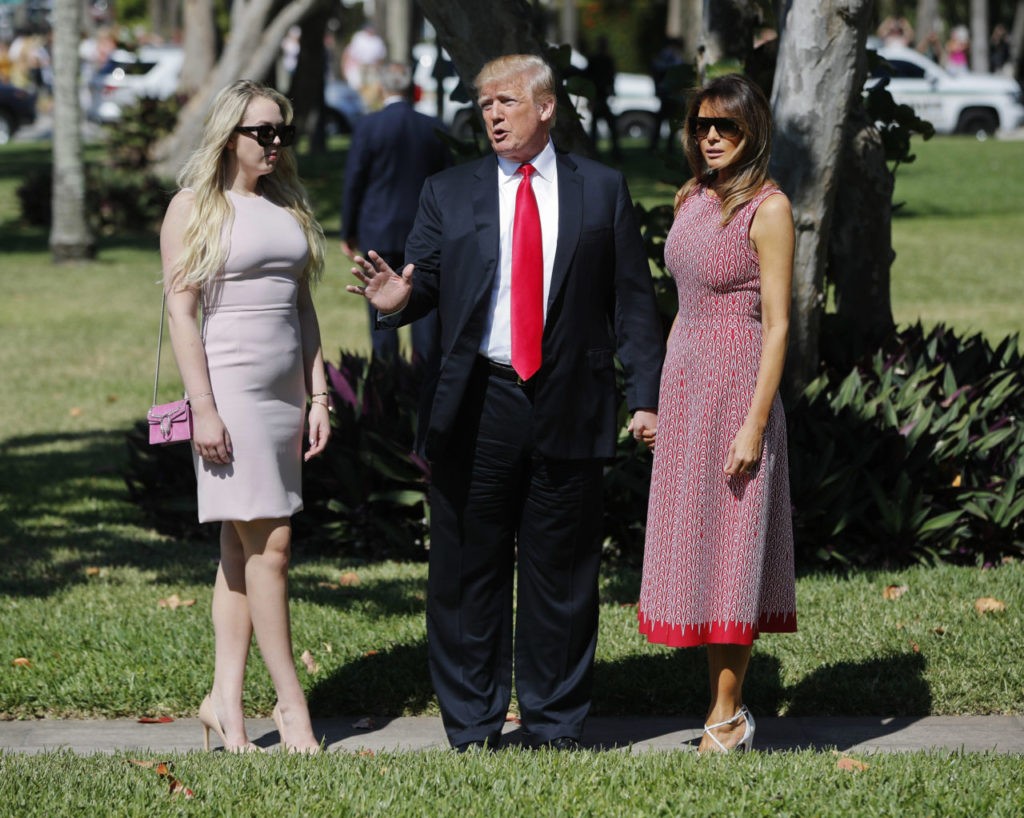 Prior to the service, Trump discussed DACA with the press, urging Mexico to do more to prevent illegal immigrants from coming into the United States.

“They flow right through Mexico. They send them into the United States,” he told the press before entering the church. “It can’t happen that way anymore.”

Trump also discussed the issue on Twitter on Sunday morning.

Border Patrol Agents are not allowed to properly do their job at the Border because of ridiculous liberal (Democrat) laws like Catch & Release. Getting more dangerous. “Caravans” coming. Republicans must go to Nuclear Option to pass tough laws NOW. NO MORE DACA DEAL!

Mexico is doing very little, if not NOTHING, at stopping people from flowing into Mexico through their Southern Border, and then into the U.S. They laugh at our dumb immigration laws. They must stop the big drug and people flows, or I will stop their cash cow, NAFTA. NEED WALL!

These big flows of people are all trying to take advantage of DACA. They want in on the act!