More American manufacturing workers are employed today than at any time in the last ten years as President Trump’s ‘America First’ economy seeks to protect U.S. industry and jobs with tariffs, less immigration, and tax relief.

In June 2018, Trump’s booming economy delivered an additional 36,000 manufacturing jobs for American workers, many of whom have had their livelihoods destroyed by job-killing free trade deals like NAFTA and KORUS. 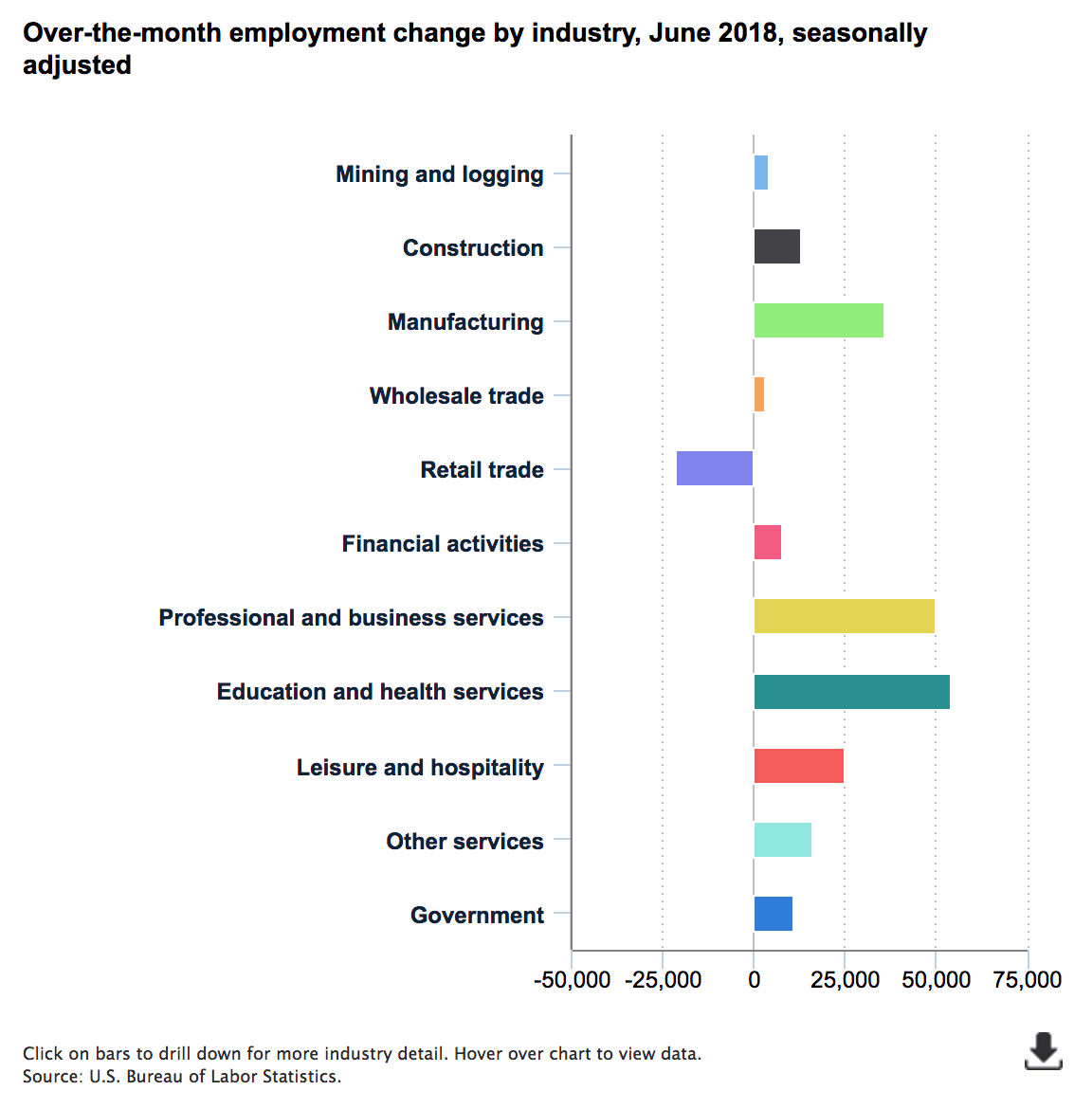 Additionally, 12,000 car and vehicle parts manufacturing jobs were created in June. In the past year, there have been 285,000 new manufacturing jobs added to the U.S. economy as Trump encourages and incentivizes companies to move production back to the country.

Compare Trump’s economy to the Obama economy when it comes to the manufacturing industry. At the end of Obama’s last term in office, the former president was pushing — along with the Republican establishment and Democrats — the Trans-Pacific Partnership (TPP) free trade deal.

TPP, if it had been implemented, would have wiped out not only millions of U.S. working and middle-class jobs but also would have driven down wages for remaining American workers. The free trade deal would have readily opened up additional foreign markets in underdeveloped nations, allowing multinational corporations to further outsource and offshore American jobs.

Keeping his campaign promise, Trump killed off TPP, saying in 2016 that the free trade deal “would be the death blow for American manufacturing.”

Obama, though, was pushing for TPP when U.S. manufacturing jobs had remained stagnant at around 12.3 to 12.4 million workers in the industry throughout nearly all of 2015 and most of 2016.