The headline in Axios on August 8 demanded attention: “Sputnik moment for U.S. military.”  For his part, Virgil paid particularly close attention, since he published a piece with virtually the same headline, for Breitbart News, back on September 16, 2017: “The Threat from China — America’s New ‘Sputnik Moment.’”

Sputnik, of course, was the satellite put into orbit by the Soviet Union back in 1957. In launching their satellite, the Russians beat the Americans into space, thus causing a crisis of confidence in the U.S.  How could Uncle Sam, supposedly the world’s leader, get one-upped by the Russian Bear? That is, one-upped in an extraordinarily important cluster of technologies, namely, rocketry, navigation, and space flight? If the Soviets were ahead of us in space, what did that say about our leadership position in the world, to say nothing of our national security?

As we know, the U.S. surmounted the challenge from the Soviets, although not without a significantly ramped up effort; in the late 50s, we created NASA and also boosted aid to education, especially in science and technology. And in 1960, we elected a new president, John F. Kennedy, who promised to increase defense spending and, more profoundly, pledged to put a man on the moon by the end of the decade. 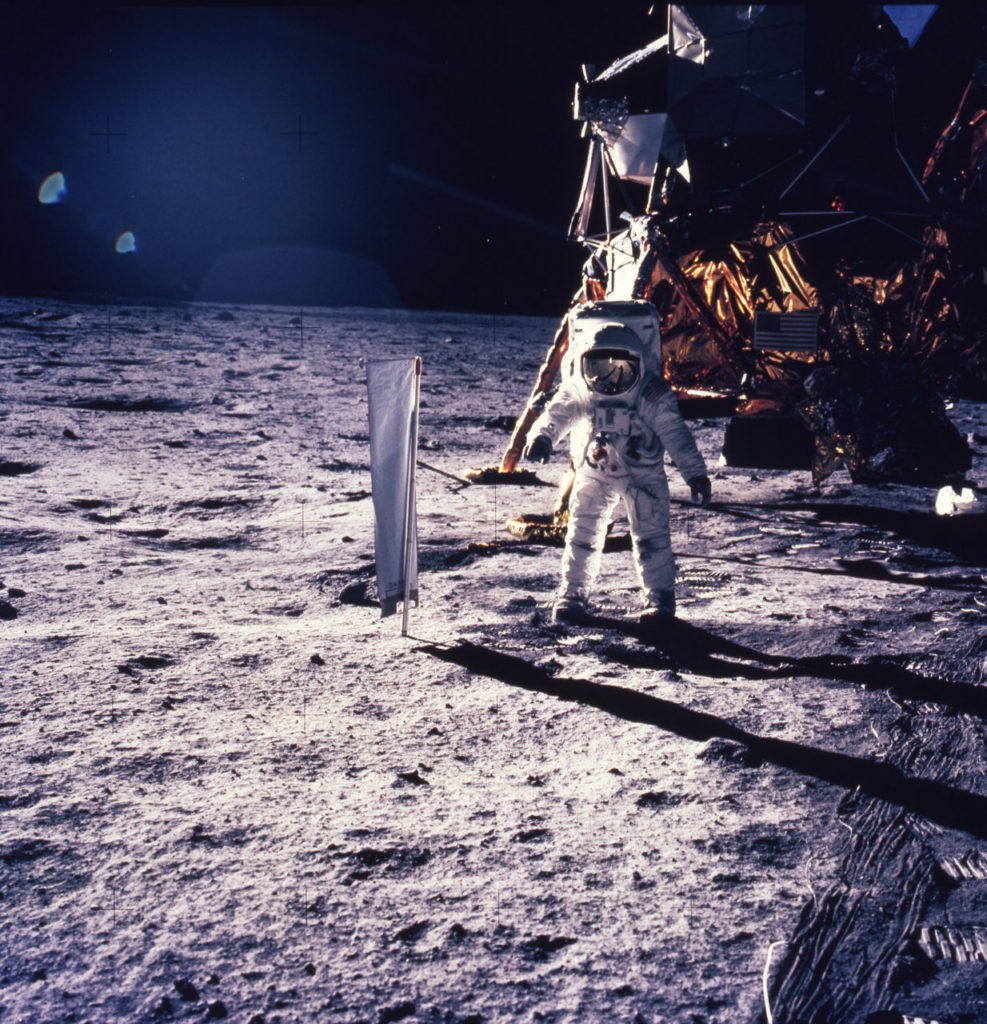 In this July 20, 1969 file photo, astronaut Edwin E. Aldrin Jr. walks on the surface of the moon. (Neil Armstrong/NASA via AP)

Tragically, by the time Apollo 11 set down in the Sea of Tranquility on the lunar surface in 1969, JFK had been dead for six years. Yet his Can-Do spirit inspired American exploration into the 1970s. Indeed, by the 70s, the Soviet Union had not only lost the space race, but had also begun suffering from a severe hardening of the political arteries. As we remember, the USSR faltered badly, economically and strategically—including in a foolish military venture in Afghanistan—in the 80s, and then finally collapsed in 1991. 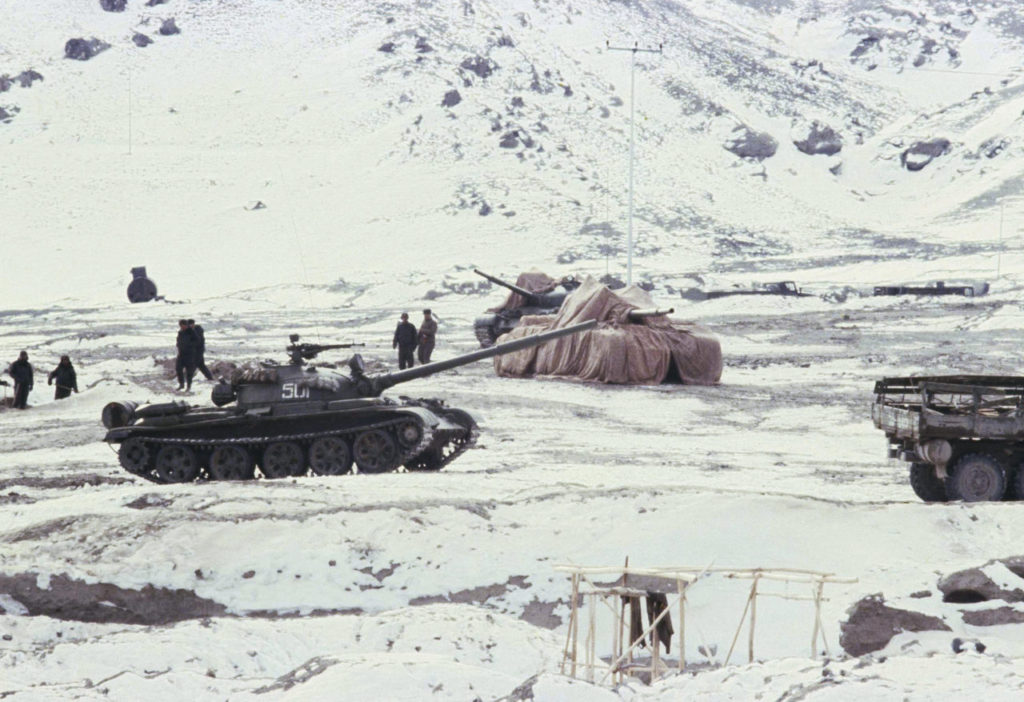 Soviet heavy armor is shown on the snowy foothills in Afghanistan at a small encampment near Kabul, Jan. 7, 1980. (AP Photo/Michel Lipchitz)

In other words, a Sputnik Moment doesn’t have to be a bad thing; it can, in fact, be a good thing, if it stokes up patriotic and nationalist passion, properly channeled toward important collective endeavors. As U.S. success in the dozen years after Sputnik demonstrated, the prospect of a foreign threat proved to be a way of rallying the nation to achieve great goals.

Virgil is a big believer in rugged individualism and personal accountability, and yet history has taught him that when people pull together to get something done, well, they’re a team to be reckoned with. And the nation-state is a powerful, and proper, focus of the team. In other words, with the right leadership, Team America can win.

These days, of course, the big threat to America is China, not Russia. Yes, Vladimir Putin is up to whatever he is up to, and yet whatever it is, it’s small potatoes next to what Xi Jinping has in mind. After all, Xi rules a country with 10 times the population, and 10 times the GDP, of Russia. In fact, China is fast crowding on the U.S. Up from virtually nothing just 40 years ago, by some measures, China already boasts a larger economy.

So yes, we have to take China seriously—dead seriously. As Virgil wrote last year:

Now we face a new and greater threat—from Beijing.  Yes, 60 years after Sputnik, we see that China, with quadruple our population, is on the move.  It has plenty of orbiting satellites, of course, as well as a whole class of satellite-killers that we might not be ready for.  To top it off, China’s plans to go to Mars, the next place in the space race, are well far along—possibly exceeding those of the U.S.

Again, that was 2017. In 2018, the DC-based Establishment is finally waking up to the threat from China. Notably, on August 7, David Ignatius of The Washington Post wrote a column detailing the gains that China has made, which could enable the Chinese to leapfrog familiar American weapons, particularly in Artificial Intelligence:

China appears determined to seize this AI “high ground” of future conflict. For the past two years, Chinese companies have won an AI competition for detecting objects.  The Chinese are happy for the United States to keep building carriers and bombers, so long as they deploy the more advanced technologies that can disable these systems. 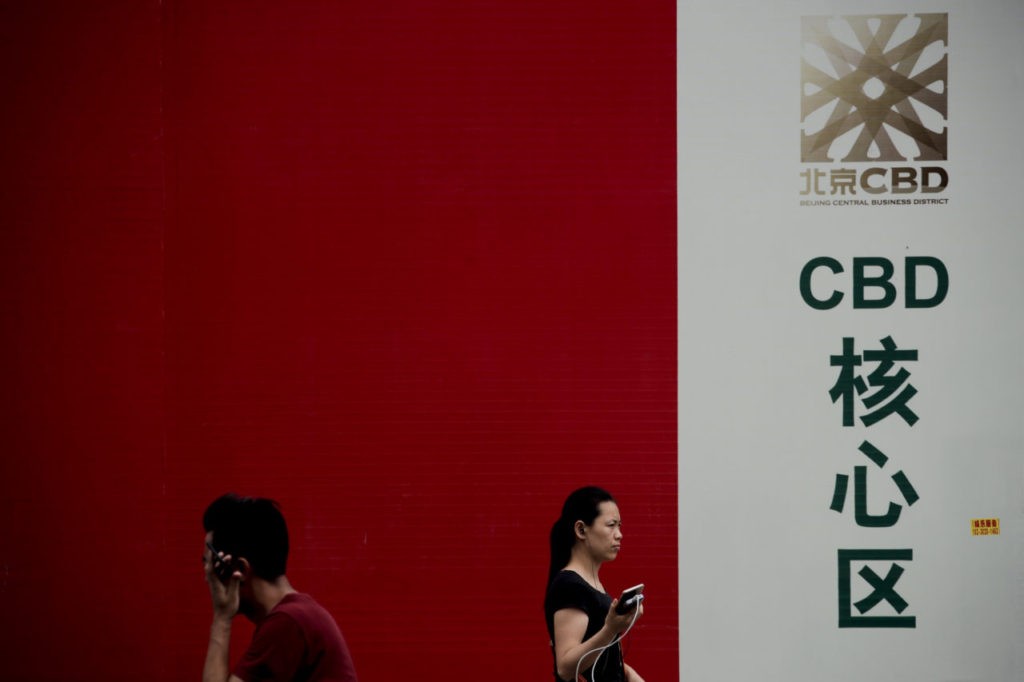 Yes, of course, Virgil is bemused that the Post and Axios have used his phrase, although he doesn’t really mind, because others have used it before him.  In any case, there’s not much point in looking backward, lamenting over borrowed words.

Instead, what does matter is looking back at history, so as to learn its deeper lessons. One such lesson is that geopolitical triumph often comes to the country that develops the better weapons. Indeed, especially lately, wars are often won in the laboratory. That was certainly a big part of the U.S. victory in World War Two; we developed everything from sonar to sulfa drugs to synthetic rubber—plus a hundred miracles of mass production—all of which helped us win the war. And oh yes, the atomic bomb.

For most of the years since, the U.S. has been smartly energetic about further advancing our military technology; most spectacularly, President Ronald Reagan hastened America’s win in the Cold War by pushing forward with the missile-neutralizing Strategic Defense Initiative.

Yet unfortunately, in recent decades, America has been stagnating militarily, as our attention has turned to conflicts that were strategically marginal, if not counter-productive.

As we remember, back in 2001, President George W. Bush decided that the U.S. would save the world by making it democratic. Bush’s hubristic vision gave us two quagmire-y counter-insurgencies in the Middle East, at a cost of thousands of lives and trillions of dollars. Then,in 2009, President Barack Obama came in with his own new hubris; he was determined to save the world in other fantastical ways, including by fighting the phantom of “climate change.”

For their part, the Chinese have chosen not to fritter away their resources; instead, they have focused on technology, which has given them a strong economy, as well as a strong military.

A few sage observers have always seen China, loud and clear. One such is David P. Goldman, also known as Spengler; he combines a keen understanding of China with a solid grounding in tech strategy. On August 1, he told Breitbart News Tonight:

I think the United States should target a half-dozen key technologies— starting with, say, quantum computing—put Manhattan Project-style resources behind them in a public-private partnership, and decide to dominate those technologies and turn whatever the Chinese have into the equivalent of 8-track tape players.

That would really hurt them.  We should determinedly seize technological leadership the way we did against the Russians after Sputnik under the Eisenhower and Kennedy administrations, as Reagan did during the Cold War.  We want a Manhattan Project, moon shot, Strategic Defense Initiative kind of technology driver to grab the frontier industries away from China.

Yes, we need new technology, fast. And yet first, we need a unified political vision that can see that if we don’t retain, and hopefully regain, our tech edge, we’re going to have a very hard time in the 21st century.