President Donald Trump taunted the press on Saturday while meeting with bikers who supported his presidency.

Nearly 200 Bikers for Trump arrived on their motorcycles to meet the president during his stay at his Bedminster club in New Jersey. The White House press corps was allowed to take pictures of the event. 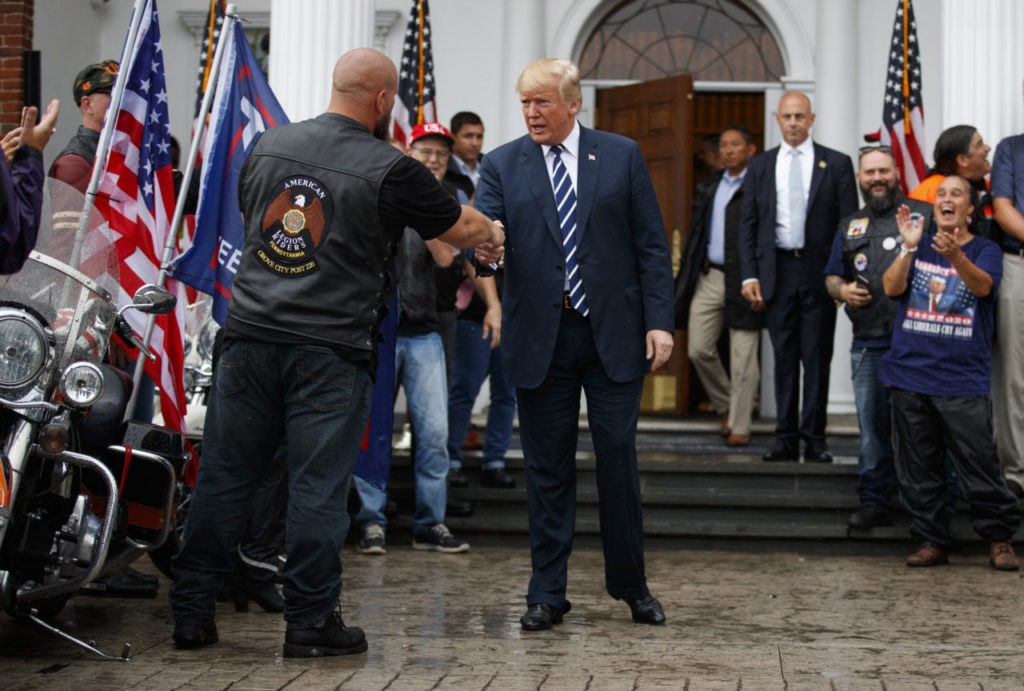 Trump shook hands and signed autographs for the group of supporters as reporters shouted questions.

“Do you think the media is fair?” he asked again.

“I better not go any further,” Trump said.

“Throw them out!” shouted one biker. “Go outside!” shouted another.

The group of bikers gathered outside to recite the national anthem, as one of the leaders asked everyone to stand. 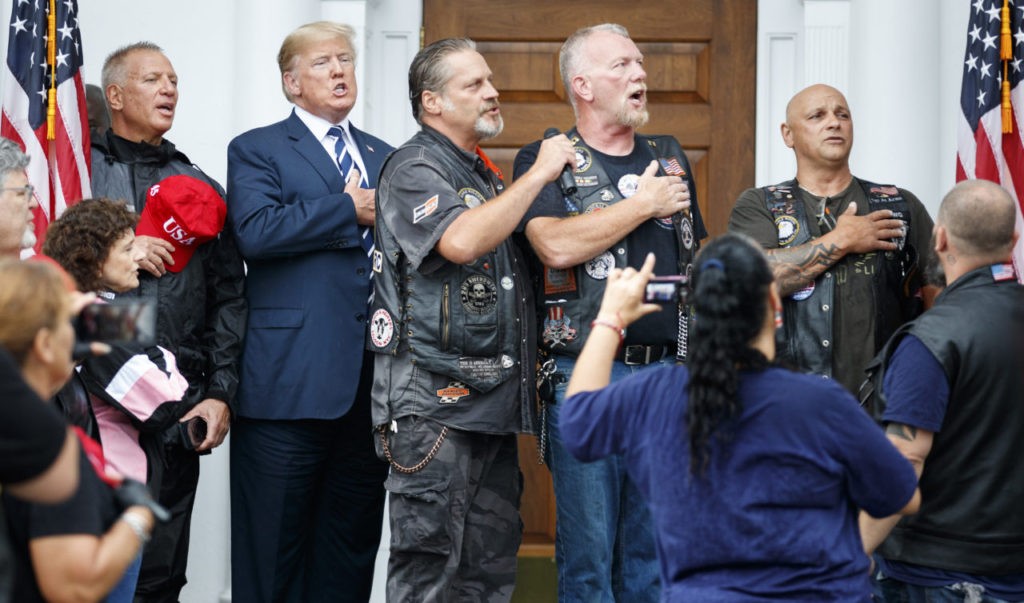 President Donald Trump stands in the rain with members of Bikers for Trump and supporters as they say the Pledge of Allegiance, Saturday, Aug. 11, 2018, at the clubhouse of Trump National Golf Club in Bedminster, N.J. (AP Photo/Carolyn Kaster)

Trump waved and flashed a thumbs up signal and the engines roared to life as they processed out of the driveway.