Attorney Michael Avenatti said his client might now not come forward against Brett Kavanaugh, and then locked his Twitter public profile from view. 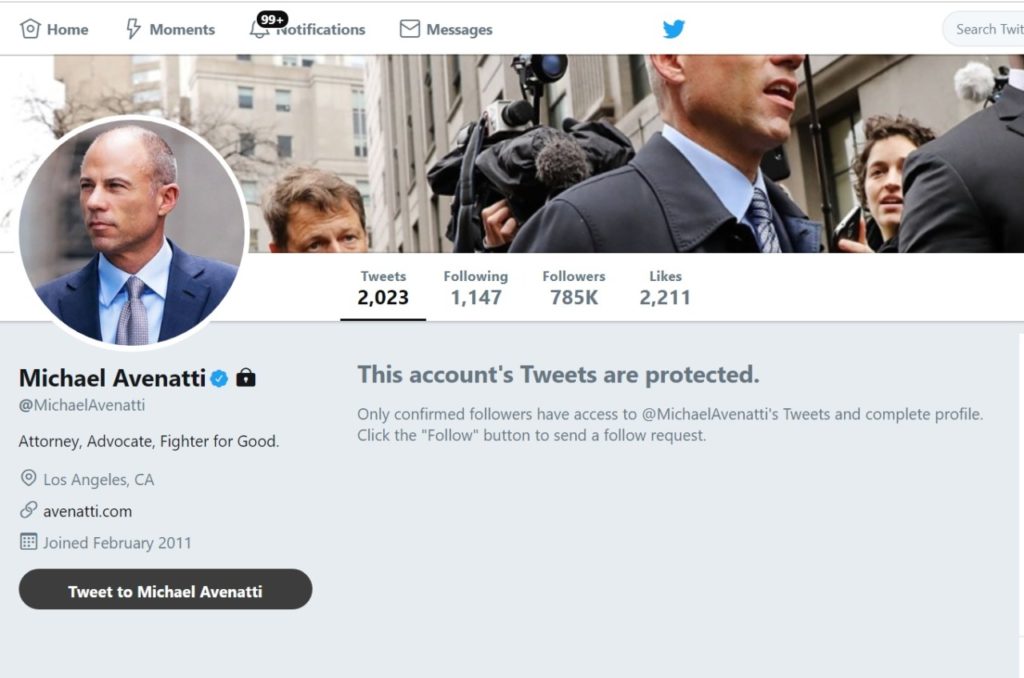 After two days of ginning up publicity with the news he has a “100 percent credible” accuser against Supreme Court nominee Brett Kavanaugh, adding that she has “multiple witnesses to corroborate her story” and that she is “willing to take a polygraph,” Avenatti appeared to walk back that assurance  in a Tuesday morning tweet.

“Let me be clear: We will disclose the client’s name and accusations only when SHE is ready and we have adequate security measures in place. And not a moment before that,” Avenatti tweeted. “It is her choice and hers alone as to when to surface bc it is her life. We expect it within the next 36 hrs.”