Kemp has broken away with a 12-point lead against Abrams in a Trafalgar Group poll of about 2,200 likely voters in Georgia. The poll reveals that nearly 50 percent of voters are decided on Kemp while only 35.9 percent say they will vote for Abrams. 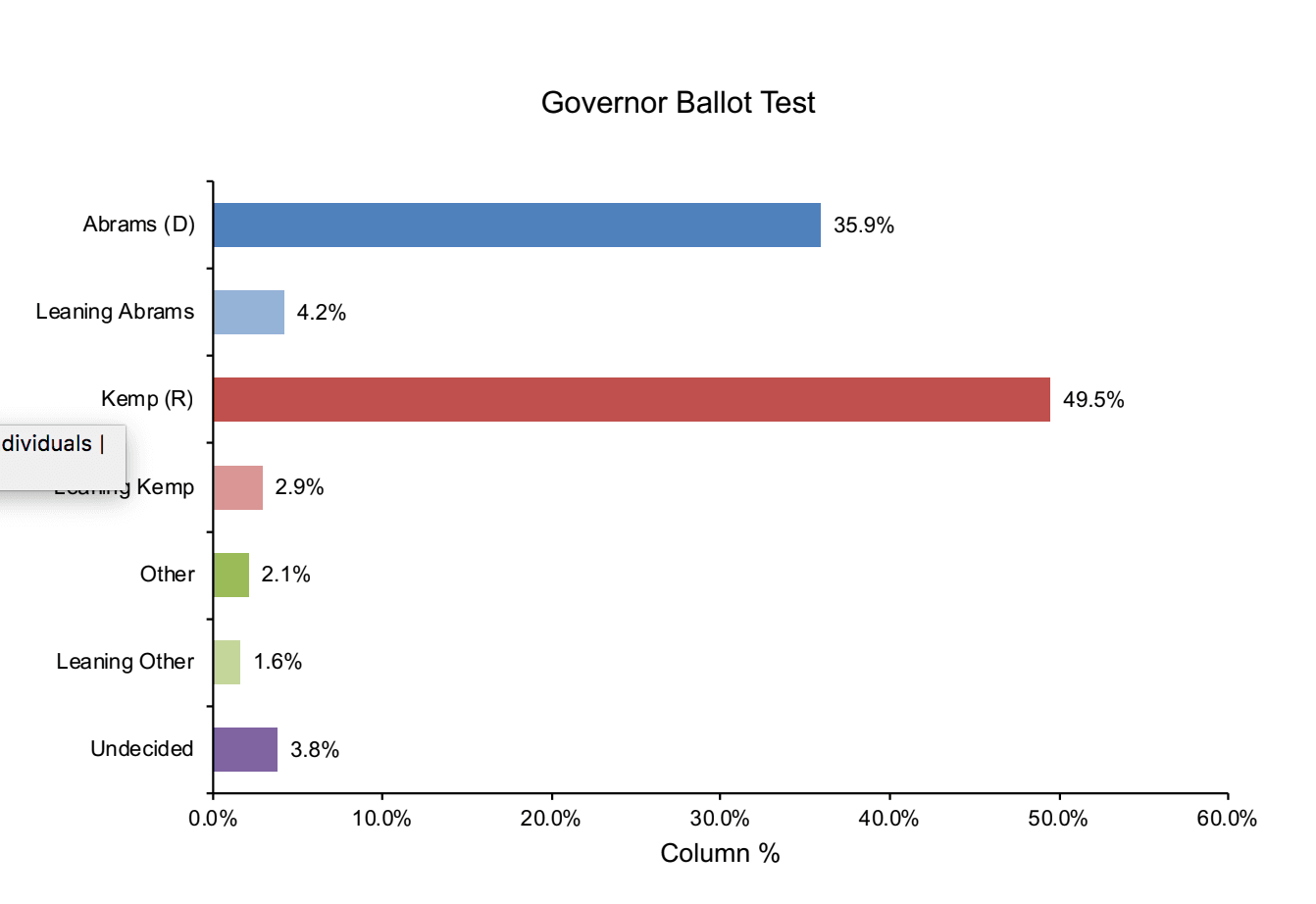 Kemp’s lead in the poll comes just as armed members of the New Black Panther Party were seen in photographs holding signs and supporting Abrams in the state’s gubernatorial election, as Breitbart News reported.