This Sunday marks the 40th anniversary of the massacre at Jonestown, where more than 900 American transplants “drank the Kool-Aid” in the largest loss of civilian life in U.S. history until 9/11.

“How very much I have loved you,” Peoples Temple leader Jim Jones explains in the opening line of the Jonestown death tape. By its coda, Jones describes the deaths of his “loved” ones: “We didn’t commit suicide. We committed an act of revolutionary suicide protesting the conditions of an inhumane world.”

In the four decades since the occurrence of the most bizarre event in American history, observers uniformly have seen the act Jones described as “revolutionary” as one of submission. The other half of the peculiar phrase—taken from the title of Black Panther Huey Newton’s 1973 book Revolutionary Suicide—provokes a livelier debate.

Did the 908 Peoples Temple members who died along with Jim Jones inside of Jonestown commit suicide? Or, did he murder them?

Save for Christine Miller, a 60-year-old African American who courageously and logically tries to argue Jones out of mass suicide, no adult says anything to stop the carnage. The crowd heckles Miller and at one point rushes her. Nobody seconds her. 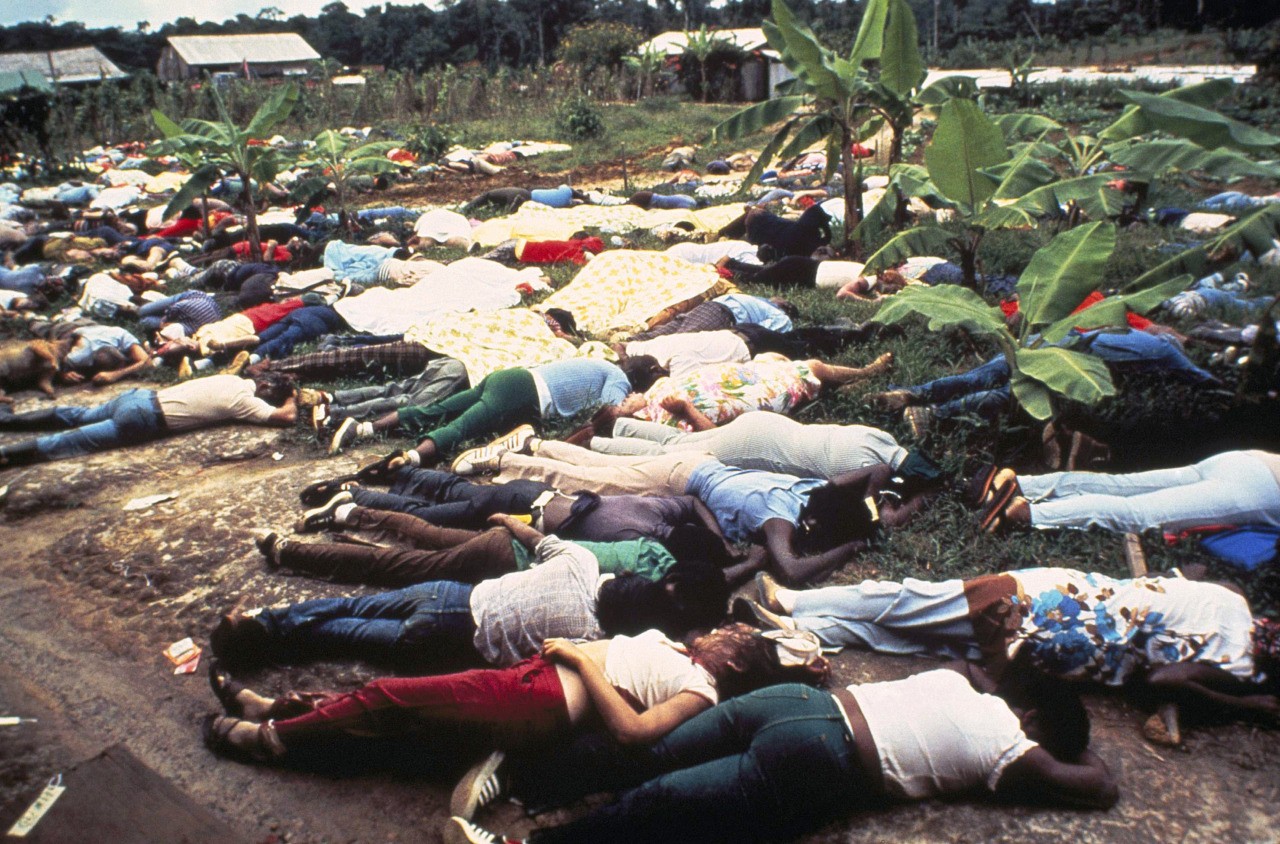 The bodies of some of the 900 Peoples Temple members who committed mass suicide under Jim Jones’ leadership in Jonestown, Guyana, on November 18, 1978. (AP Photo)

Clearly, many did not want to die. Fifteen people left Jonestown with Congressman Leo Ryan and a smaller party of eleven fled earlier in the day under the guise of holding a picnic. But just four people out of more than 900 present when the killings started managed to escape or evade the suicide ritual (Jones allowed his lawyers, radical cause celebre attorneys Mark Lane and Charles Garry, and a trio tasked with bringing the Temple’s money to the Soviet embassy to leave). Every other adult, except Miller, does not object on the tape to the group’s assigned fate. And even Miller, who offers migration to the Soviet Union as an alternative to mass suicide, ultimately ceases her lengthy argument and yields to her master. 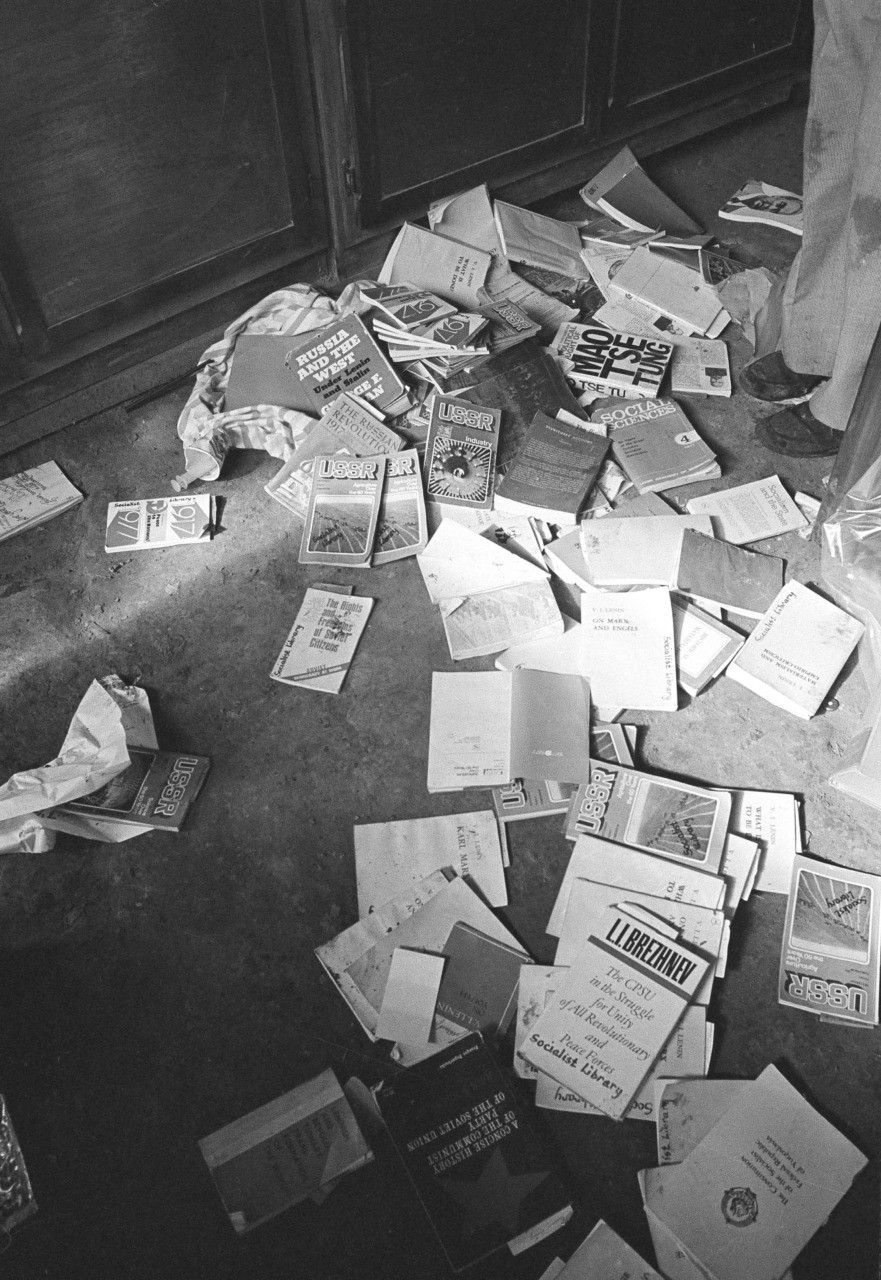 “I just want to say something to everyone that I see that is standing around and are crying,” one communard announces on the death tape. “This is nothing to cry about. This is something we should all rejoice about.”

Another woman exclaims, “It’s been a pleasure walking with all of you in this revolutionary struggle. No other way I would rather go than to give my life for Socialism, Communism, and I thank Dad very, very much.”

The few eyewitnesses to survive supported this characterization of Temple members willingly drinking grape Flavor-Aid laced with valium and cyanide.

“He didn’t force nobody as far as my knowing,” Grover Cleveland Davis, an elderly African American who hid in a ditch, noted at the time, “and I didn’t see him shooting nobody with no needles, and I didn’t hear nobody say they wasn’t willing to take suicide shots. They were willing to do it.”

But archers and gunmen surrounded. The knowledge that Jones’s Red Brigade shot Temple members who opted to leave with Congressman Leo Ryan on an airstrip outside of the community surely influenced matters. The dreadful conditions in the jungle—overworked, underfed, deprived of sleep, and barraged by Jones’s incessant propaganda—surely altered decision making, such as it existed in Jonestown on an individual level.

Rather than an act of nihilism, Jones masked mass suicide as an act of idealism, a sacrifice for the higher purpose of giving glory to Communism—a characterization that surely made the poison more potable to the hardened ideologues. And for three years prior to the carnage, Jones conditioned his followers through suicide dry runs that resulted in those initially informed of their imminent deaths surviving the acid tests. In Jonestown, the conditioning came in the form of “white nights,” staged sieges by invisible forces on the edges of the community. 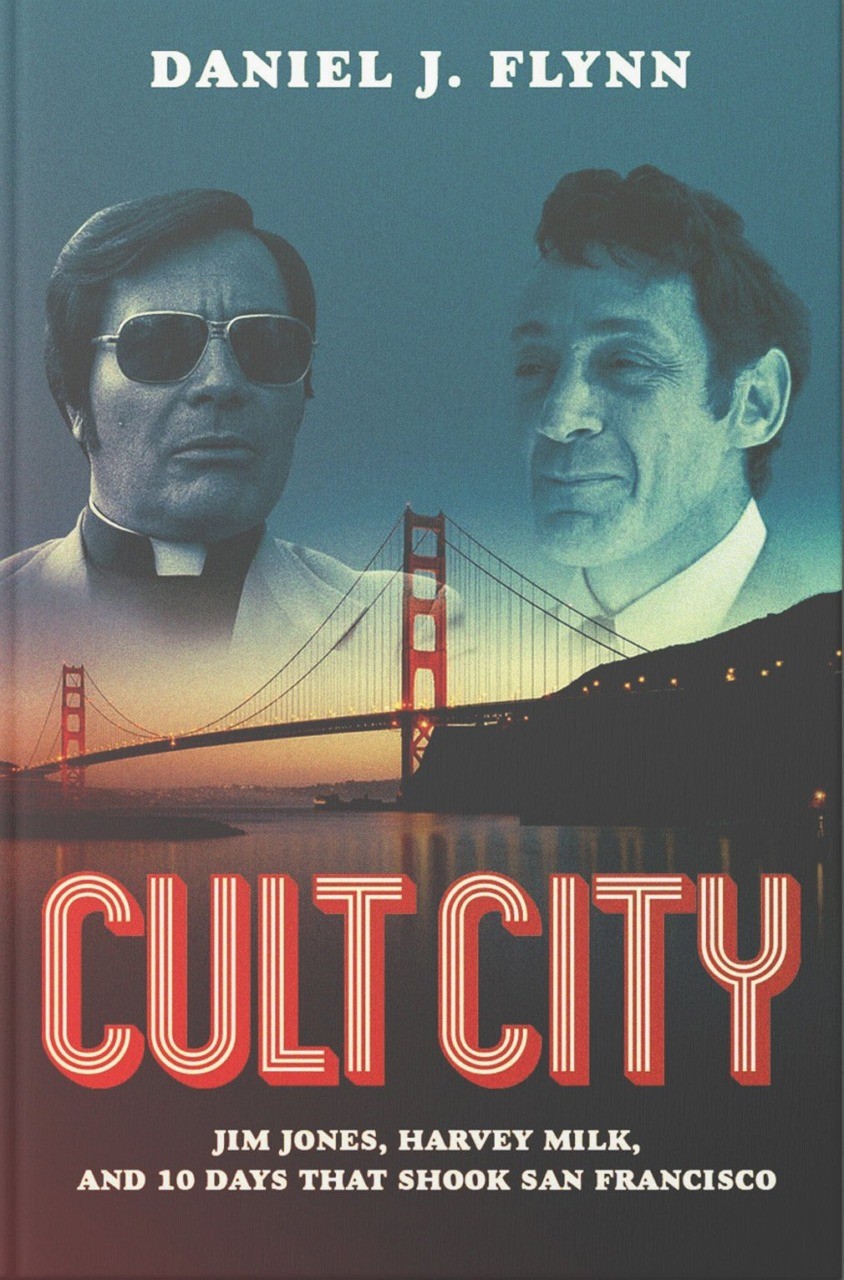 “Everybody’s there,” Mike Carter, who survived because Jones tasked him to take money to the Soviet embassy, explained to me of “white nights” in an interview for Cult City: Jim Jones, Harvey Milk, and 10 Days That Shook San Francisco. “There’s a lot of ranting and raving and the world’s coming to an end. There was definitely a lot of Jim going off on tangents. You just wanted it to end.”

Perhaps the most persuasive voice for murder rather than suicide witnessed the events of Jonestown in microcosm a hundred miles away in Georgetown, Guyana. Thomas Beikman, after fixing a chicken dinner for Jones devotee Sharon Amos and her family, ceded the knife over to her after the meal. She proceeded to slash her children’s throats in a nearby bathroom.

“I think she thought she was so muckety-muck that everybody would follow her example of what to do,” Beikman told me in an interview for Cult City. “We didn’t realize until after it happened. But people didn’t want to die out there. People didn’t want to commit suicide. You can’t shoot people, cut people, and inject people, and then say it’s suicide. That’s the biggest farce I ever heard.”

In Georgetown, where Jones’s charisma and the threat of gunmen lay far off, Peoples Temple members did not follow his command or Sharon Amos’s example. The dozens of Temple members in Guyana’s capital, save for the deranged Amos and her three kids, survived.

So, whether Jim Jones murdered his followers or they killed themselves voluntarily remains a debated question with strong arguments on both sides. But the “revolutionary” part of the peculiar phrase seems a settled matter.

“People in San Francisco will not, not be idle over this, and not take our death in vain,” Jones insisted on the macabre recording.

But Mayor George Moscone, Supervisor Harvey Milk, Assemblyman Willie Brown, Congressman Phil Burton, and other power players who elevated Jones’s stature in San Francisco ran from him in the aftermath of Jonestown. Everyone regarded the mass suicide as an act of surrender, not of revolt.