Immigration is popular, for the most part, among citizens of a nation when it is restricted, research in Japan from the Pew Research Center finds.

Pew Research polling finds that while the vast majority of Japanese citizens want immigration to the country to remain restrictive and low, overall views on the subject are positive.

In Japan, net migration to the country is near zero and the foreign-born population is less than two percent of the nation’s 127 million resident population. This means more than 98 percent of Japan’s population is native-born Japanese.

And while there has been a global effort for Japan to take in more immigrants, nearly six-in-ten Japanese citizens, or 58 percent, say the country’s near-zero net migration policy should remain in place. 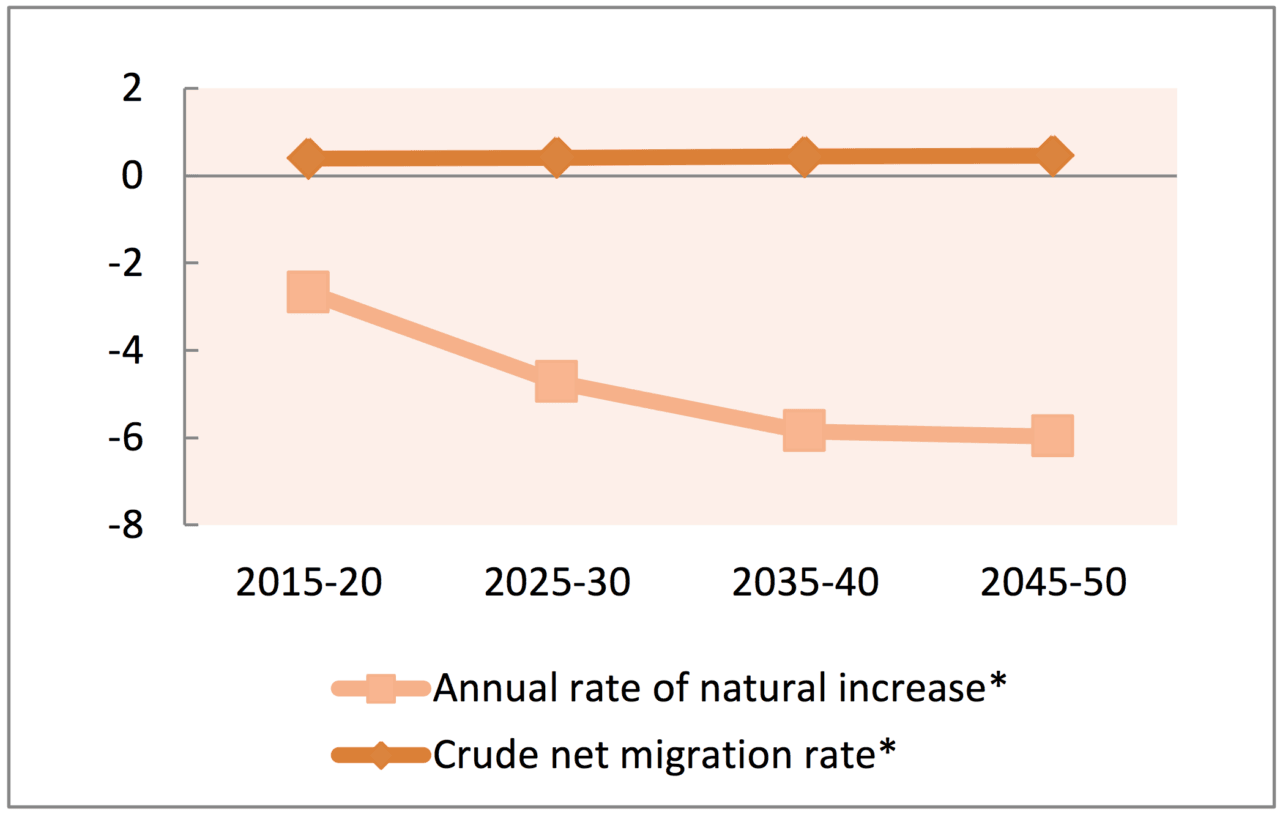 This chart shows how net migration to Japan has flat-lined and is projected to continue well into 2060. (UNICEF)

Less than 25 percent of Japanese citizens want more immigration to the country, and 13 percent say Japan should reduce the small number of immigrants it currently admits every year.

Japanese citizens’ immigrant restrictionist views are not due to their hostility towards immigrants, themselves, however. The vast majority, 75 percent, of Japanese citizens say immigrants want to adopt their customs and way of life.

The immigration situation in Japan is immensely different from the one in the U.S., where the overwhelming majority of the 1.5 million illegal and legal immigrants that arrive in America every year are from cultures and countries that differ greatly from the U.S.

As Breitbart News chronicled, the U.S. Census Bureau marks a nearly 108-year record high of immigration to the country in 2017, with the foreign-born population booming to 13.7 percent, encompassing 44.5 million immigrants.

The last time the U.S. foreign-born population was this high was in 1910 when immigrants made up 14.7 percent of the total country’s population. 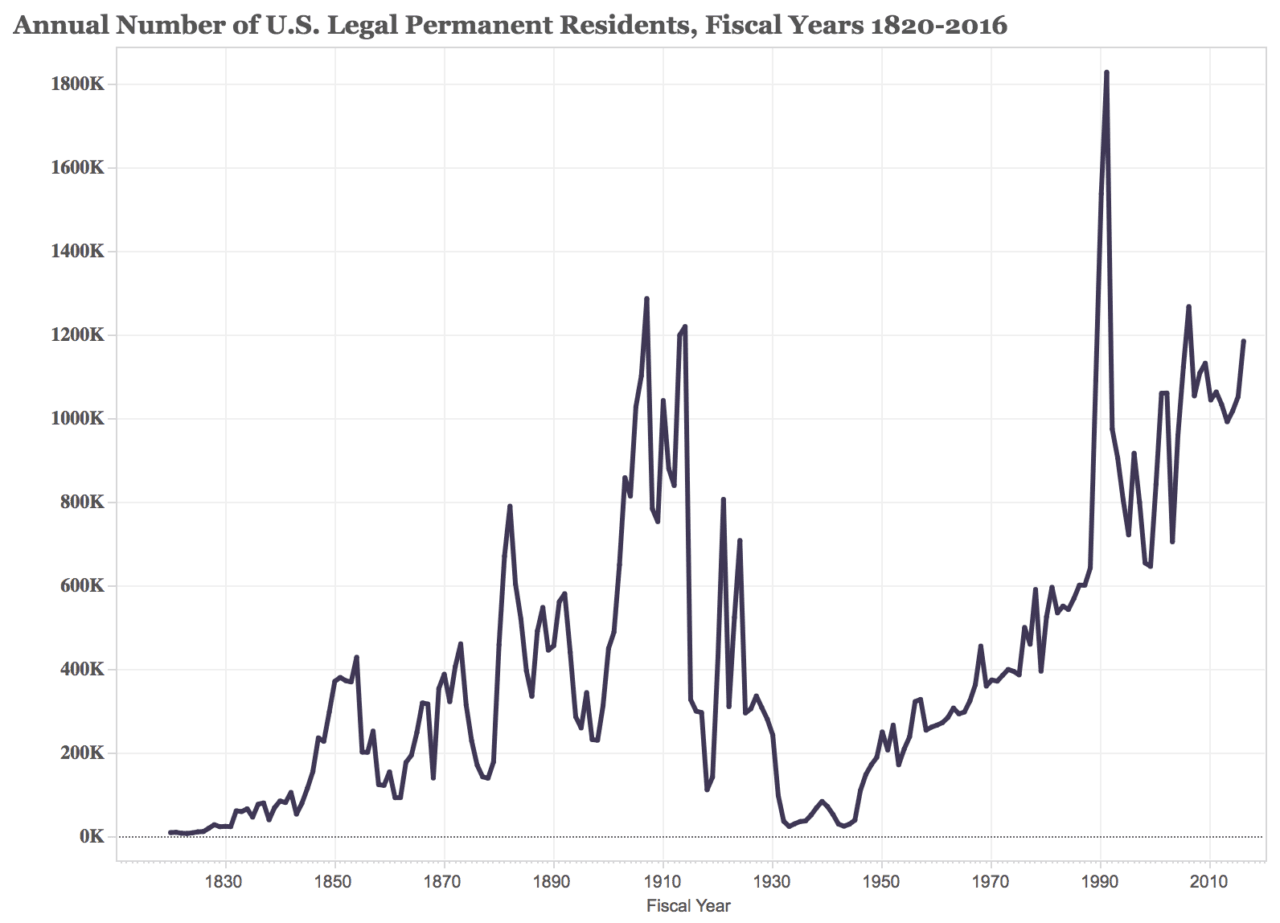 Immigration to the U.S. has boomed to historic levels since 1966, with foreign-born residents now making up 13.7 percent of the total U.S. population. (Migration Policy Institute)

U.S. voters have hinted that they favor a near immigration moratorium — as done in the past — since the country’s immigration flow has boomed to historic levels. In an April Harvard/Harris Poll, two out of three voters said they supported Trump’s plan to cut legal immigration levels down to at least 500,000 admissions a year.

Voters have also suggested that mass immigration levels are resulting in a lack of assimilation among foreign populations in the U.S. A CBS News/YouGov Poll in June found that more than four-in-nine black Americans in swing districts across the country said immigration to the U.S. was making life “worse” in their communities.

The swing districts poll revealed that nearly 60 percent of white likely voters and 61 percent of likely swing voters who see changes in their neighborhoods from mass immigration said that immigration to the U.S. is making their communities “worse.” A majority of white, black, and Hispanic Americans say stricter immigration enforcement is needed.