Early in her visit, Mrs. Trump spent time with several families whose children had been born prematurely and cared for in Children’s neonatal unit. Mother Nikki Watkinson explained that she gave birth in her husband’s truck during a snowstorm, and a snowplow had to guide a path to the hospital for her and the newborn to make it to the hospital afterward. “Our miracle baby,” she called her son Grayson, who was born at 24 weeks. She held the now 16-month old on her lap as she spoke with Trump. The first lady replied, “You have an incredible story to tell.”

Dressed in a red and white Martin Grant coat, white dress, and Manolo Blahnik heels, she greeted the parents and children. The former preemies were Grayson Watkinson, Grayson Hogsett, and Payton Doy.

She asked the children how they were doing and if they had wishes for Santa. Little Abigail said she wanted a dog, and when the first lady asked what name she would call this addition to the family, Abigail replied, “Peppermint”: 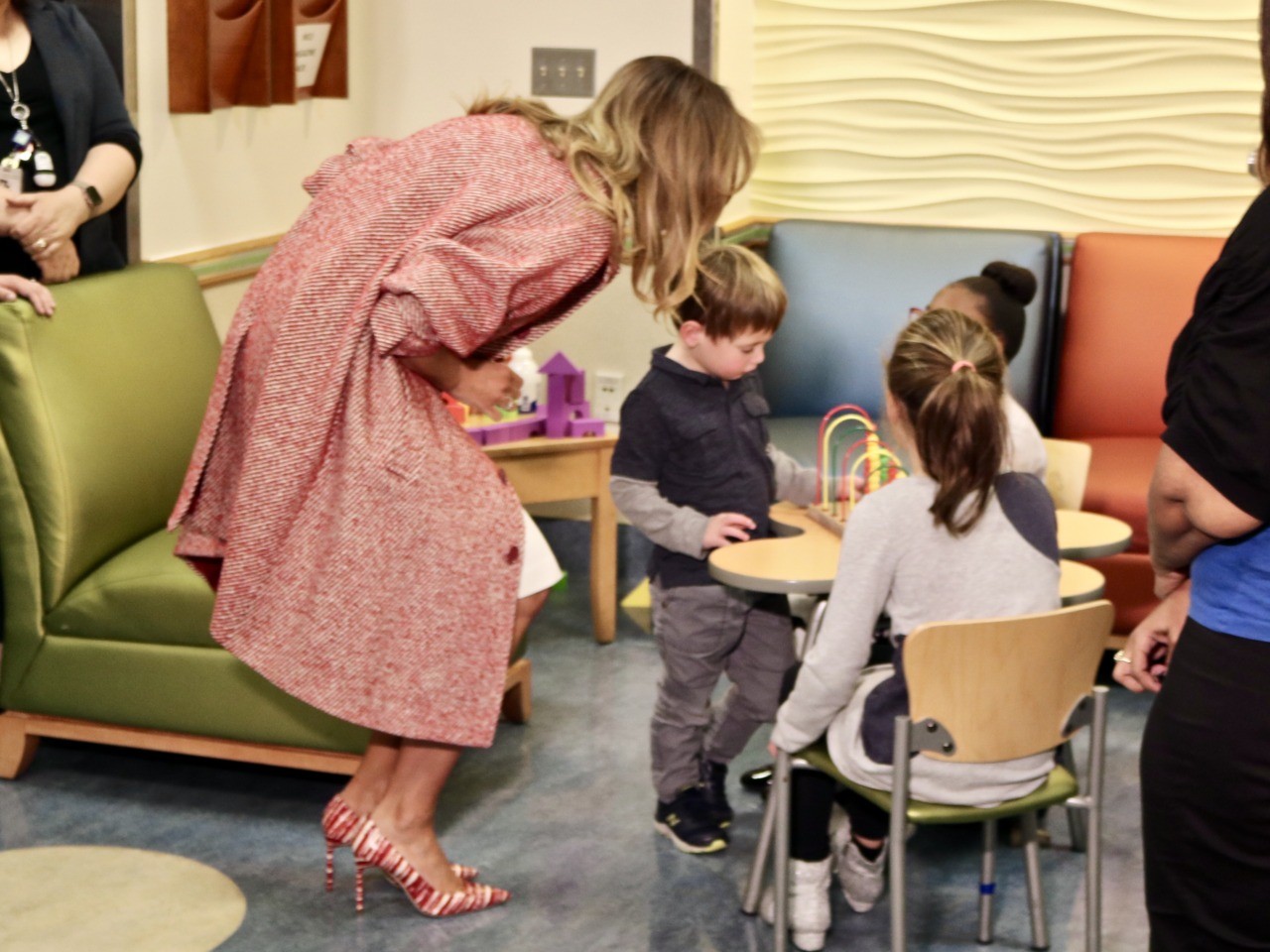 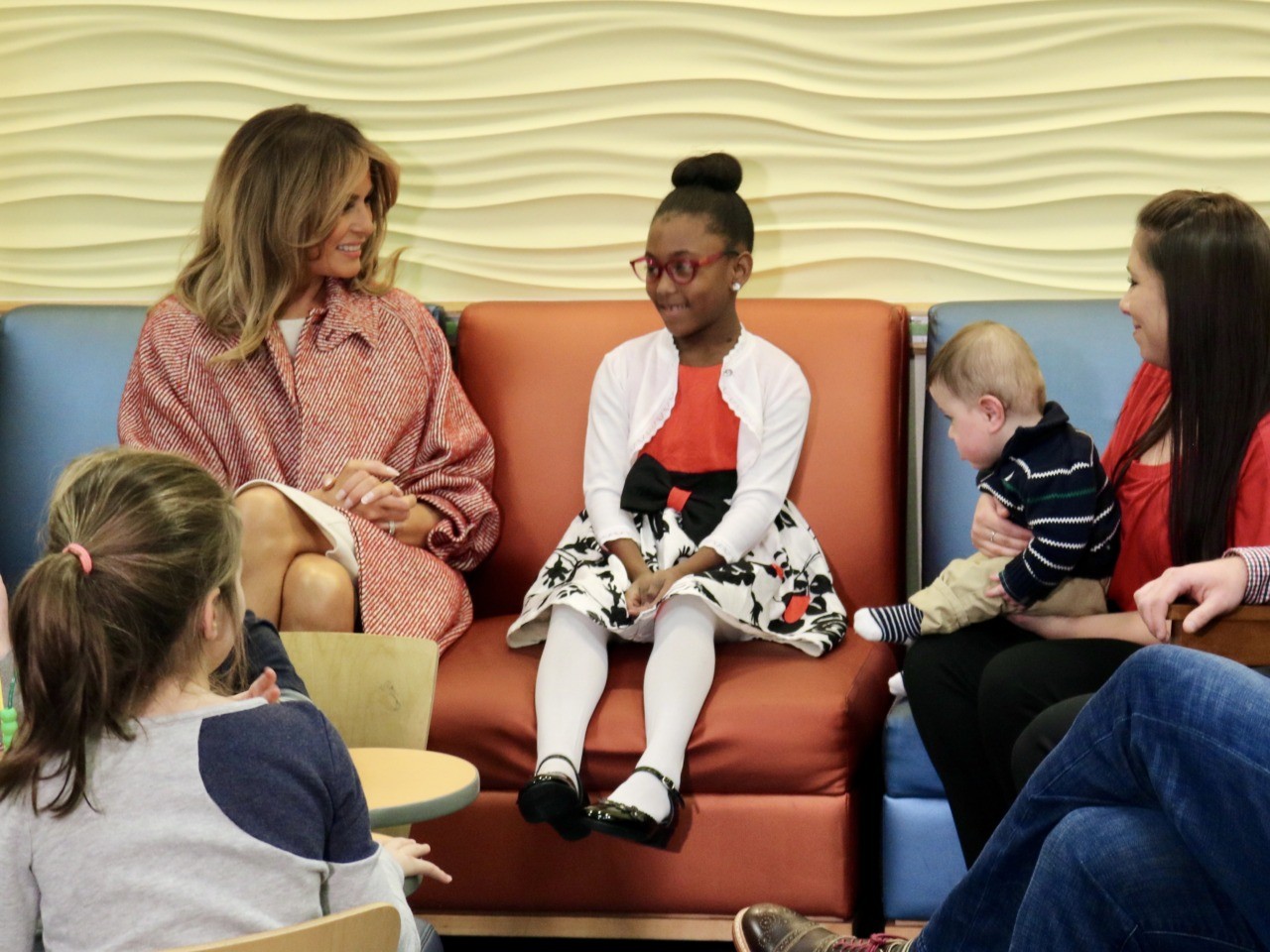 Downstairs in the hospital atrium, Mrs. Trump continued her visit, walking in with child patients Nathan Simm and Tearrianna Cooke-Starkey. She read the story Oliver the Ornament to the young patients ranging from toddler to pre-teen, flanked by copies of the book, which centered around a theme of kindness that fit well into her Be Best policy platform. The book’s author, Todd Zimmermann, joined Trump, the two kids, and Santa on stage for the reading. Zimmerman said, “I’d also like to thank you for everything you do to promote kindness as part of your Be Best campaign”: 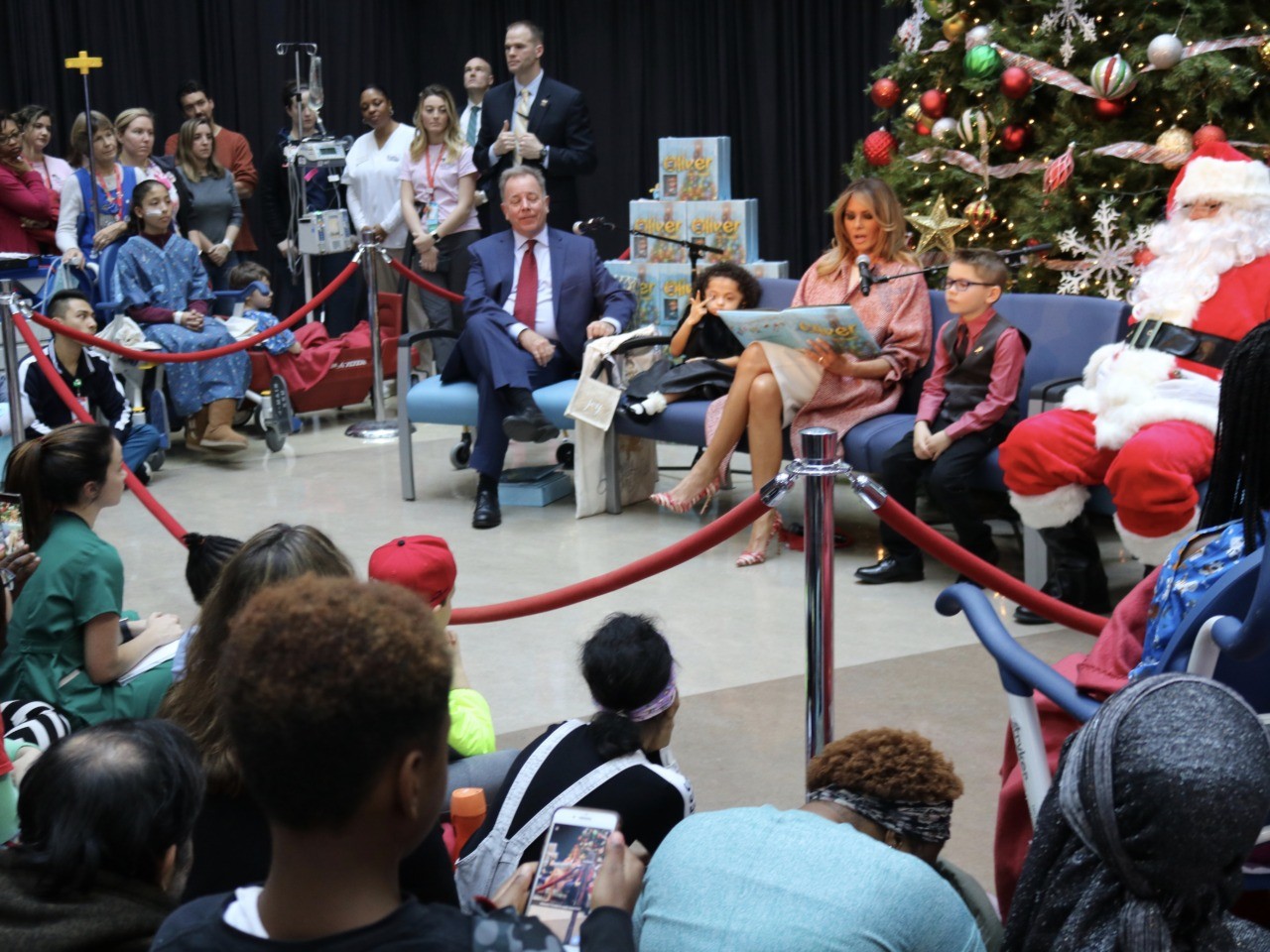 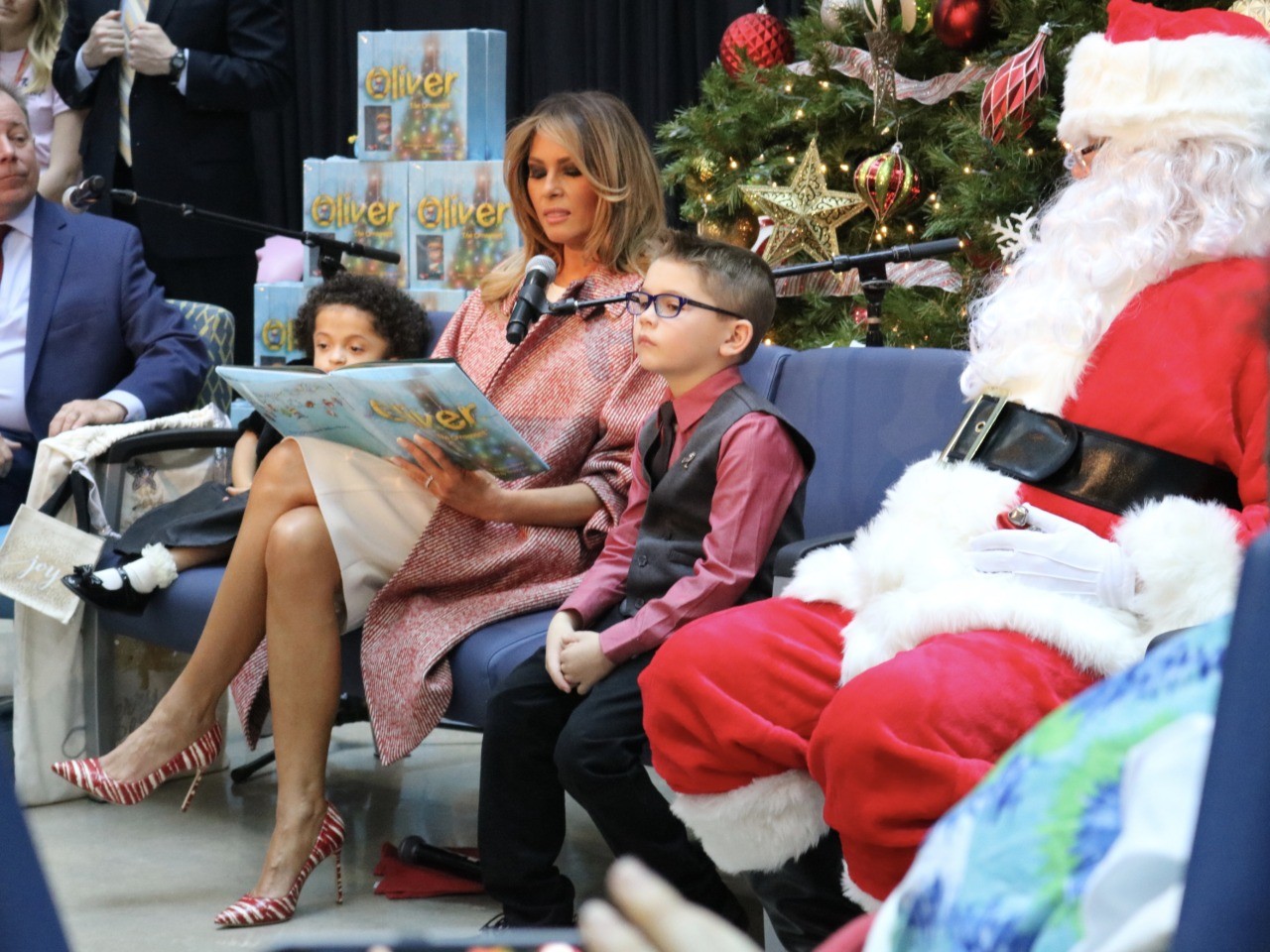 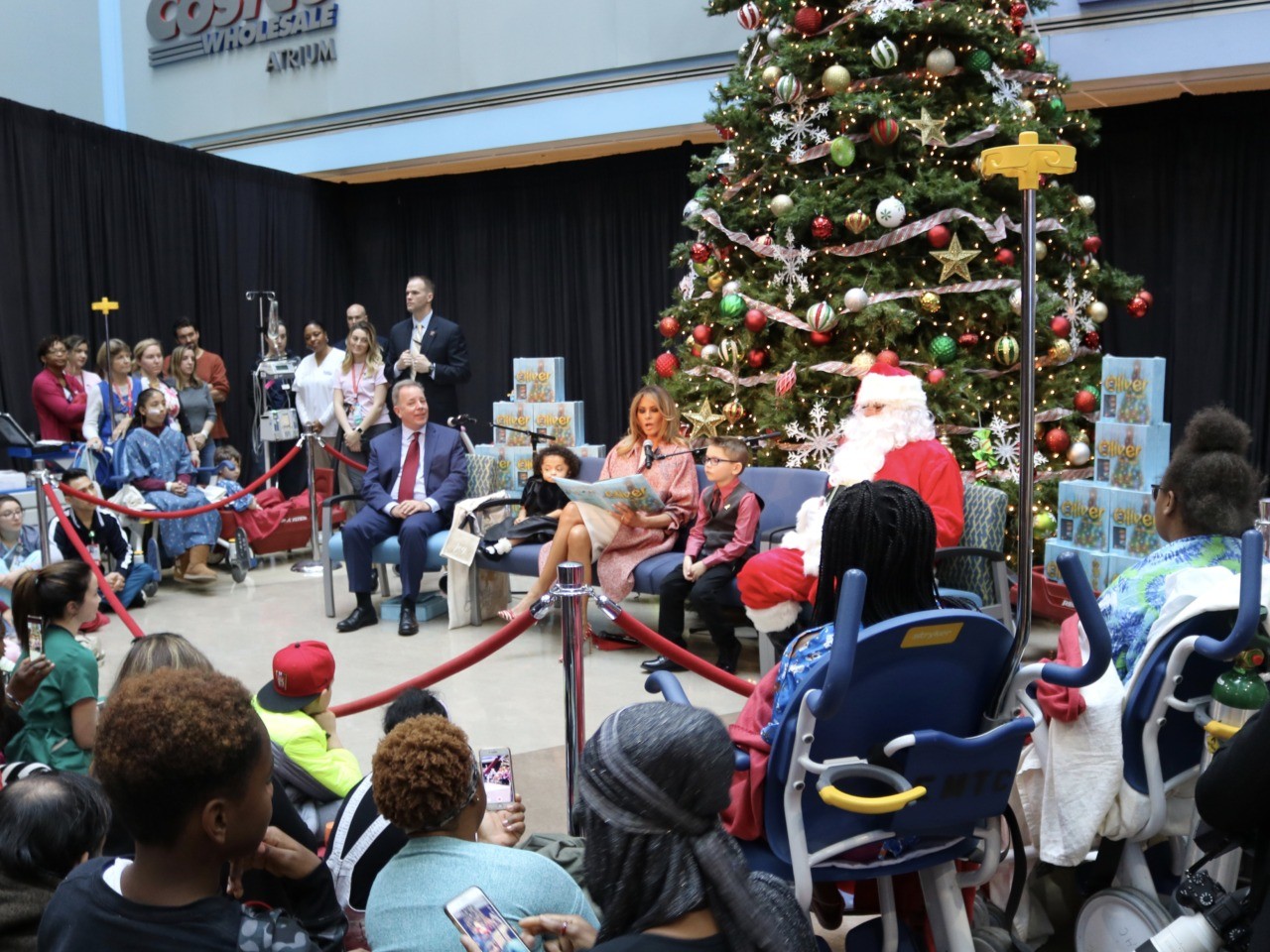 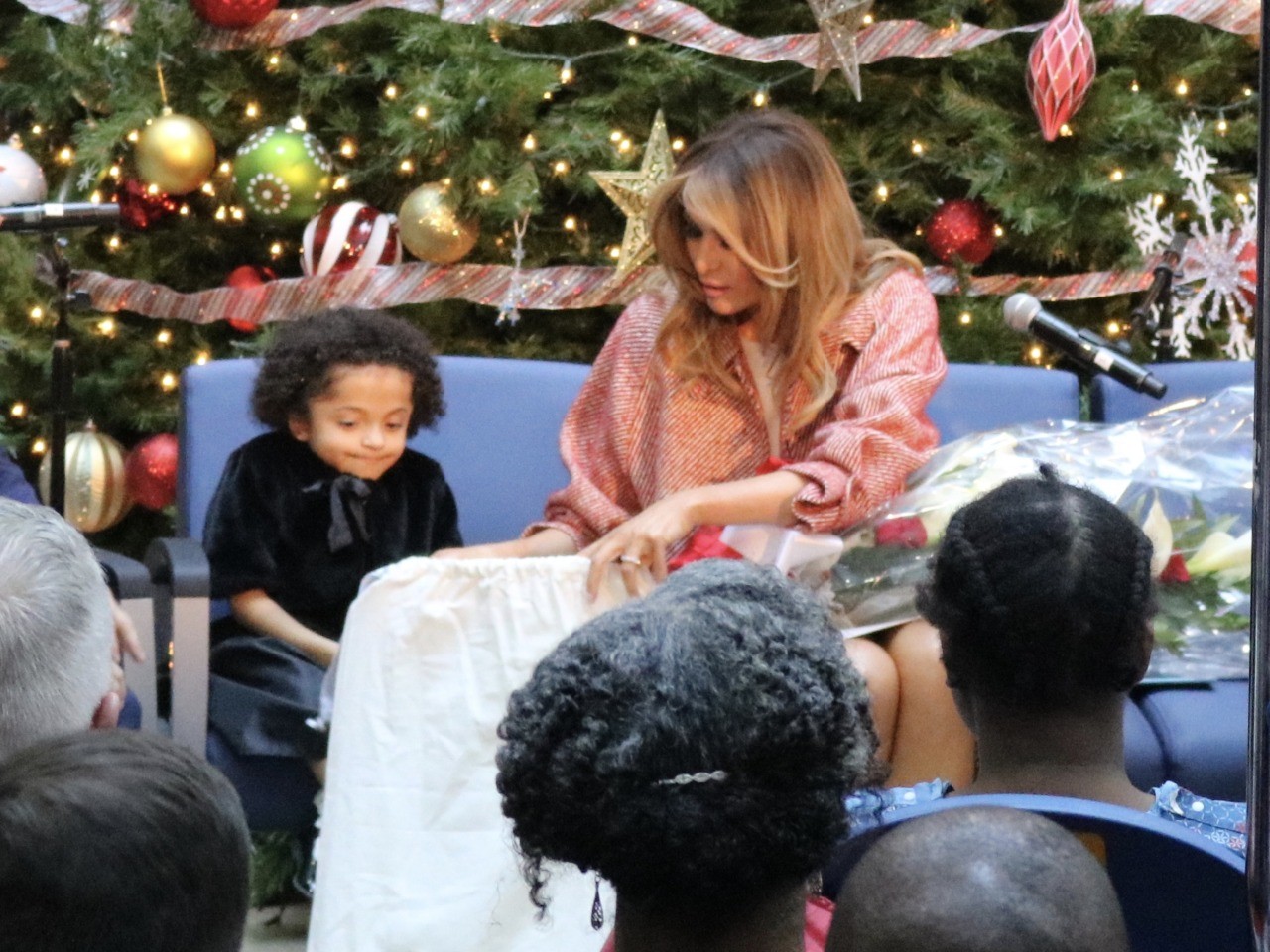 About two dozen children being treated at the hospital sat in wheelchairs or on the floor to listen as Mrs. Trump read the story. Video of the reading was live streamed throughout the hospital in the hospital rooms of other patients, according to a hospital representative: 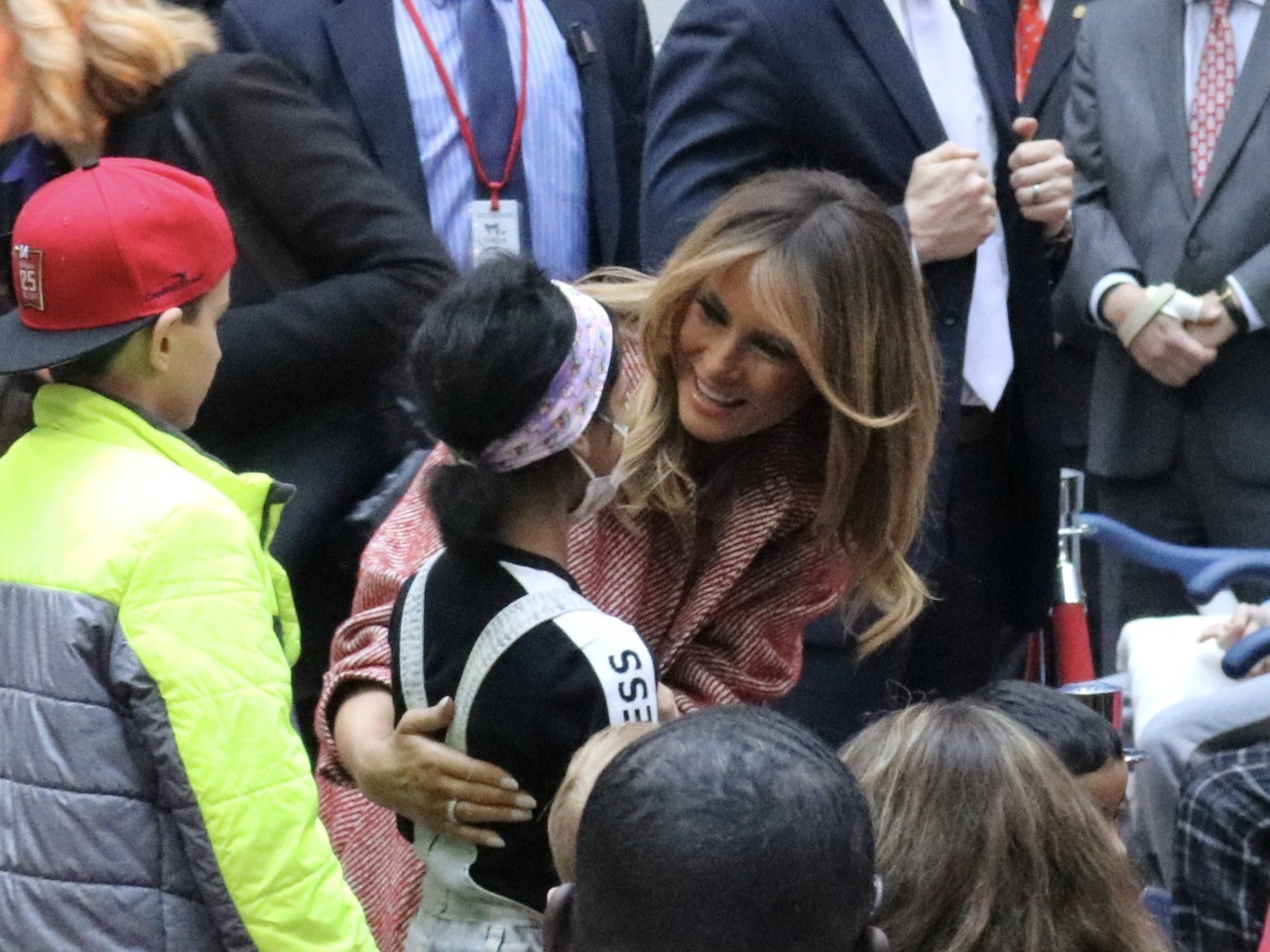 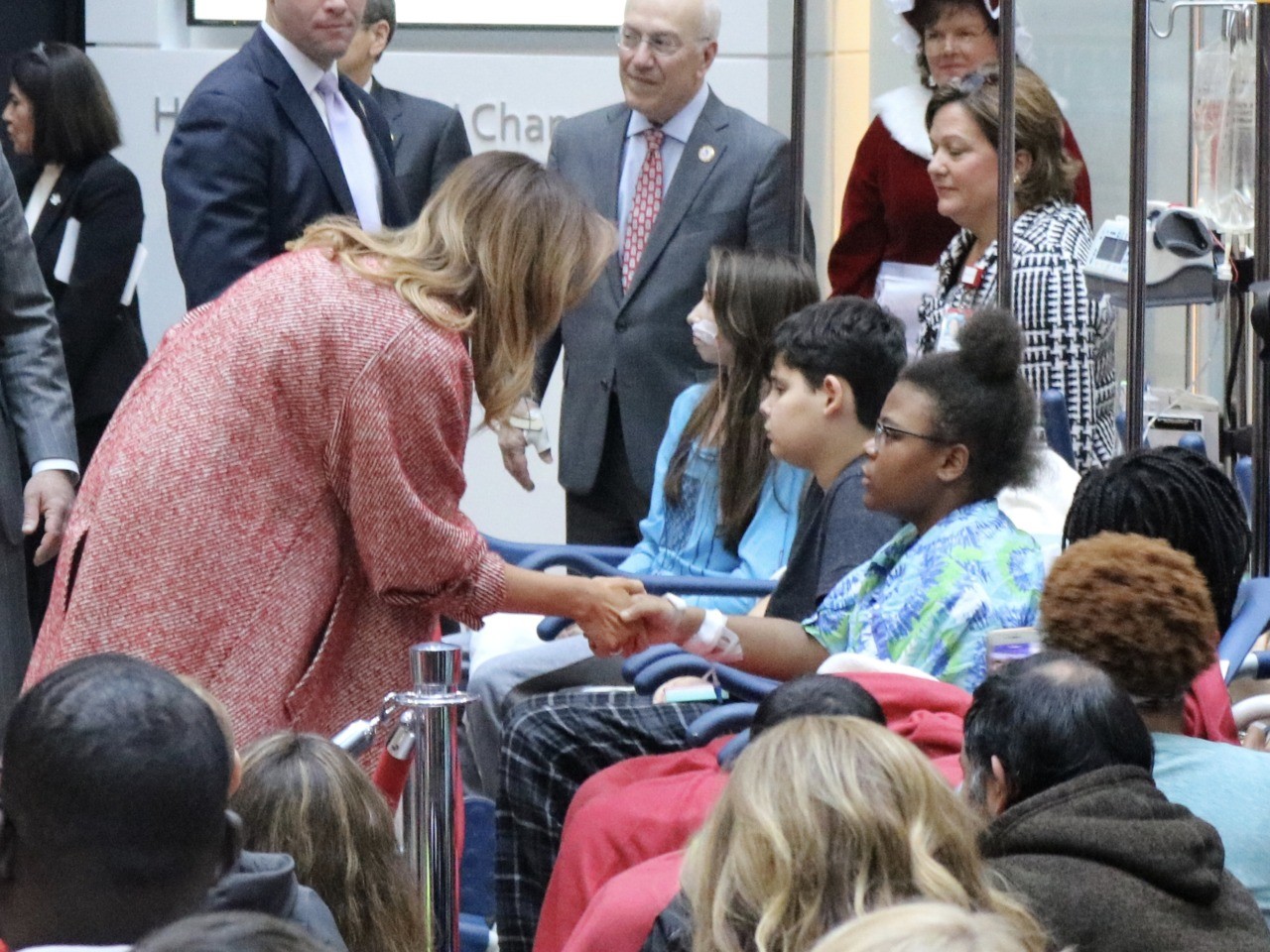 Those present sang “Merry Christmas” as the first lady embraced, shook hands, and chatted with the children. She wished them all a Merry Christmas and happy, healthy New Year before departing. Each child received a copy of the book Mrs. Trump read, and she signed a copy that will remain at the hospital:

#MerryChristmas to all the patients at @Childrenshealth! Thank you to all the nurses, doctors & medical staffers who work around the clock to take care of people this holiday season. pic.twitter.com/XMWILttFua

American first ladies have been making the annual visit to Children’s National hospital every year since Bess Truman did so more than 60 years ago.