The number of illegal aliens arrested by the Immigration and Customs Enforcement (ICE) agency in Fiscal Year 2018 has spiked to the highest level in four years as a result of President Trump’s 2017 immigration executive orders.

The nearly 160,000 illegal alien arrests for this Fiscal Year mark the highest number of arrests by ICE since Fiscal Year 2014. 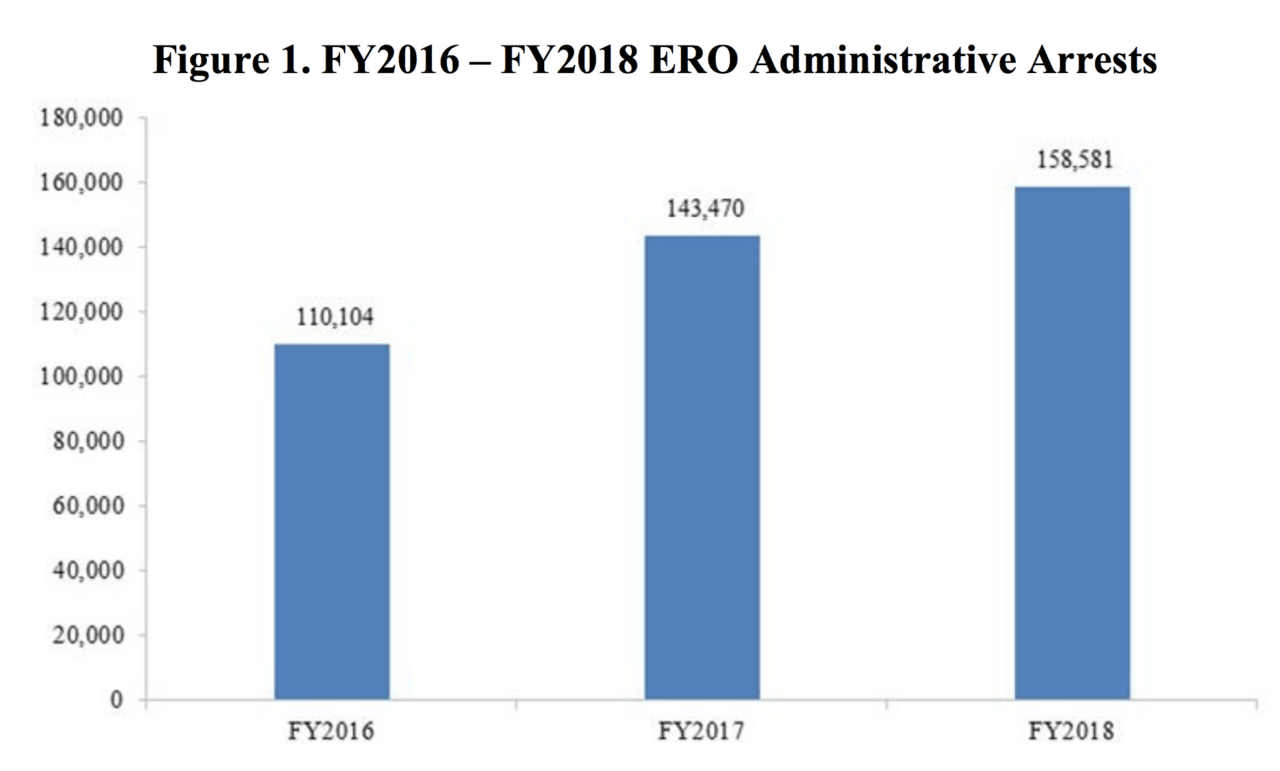 Of the almost 160,000 illegal aliens arrested by ICE this year, 66 percent were convicted criminals or those with pending criminal charges which translates to about 140,000 of those arrested. This was a nearly eight percent increase in arrests of criminal illegal aliens compared to Fiscal Year 2017.

The Trump-Sessions orders have resulted in nearly 20,500 illegal aliens being arrested for no other reason than being illegally in the United States. This is a sharp increase in this category from the last year of Obama when less 10,000 illegal aliens without criminal convictions or pending criminal charges were arrested. 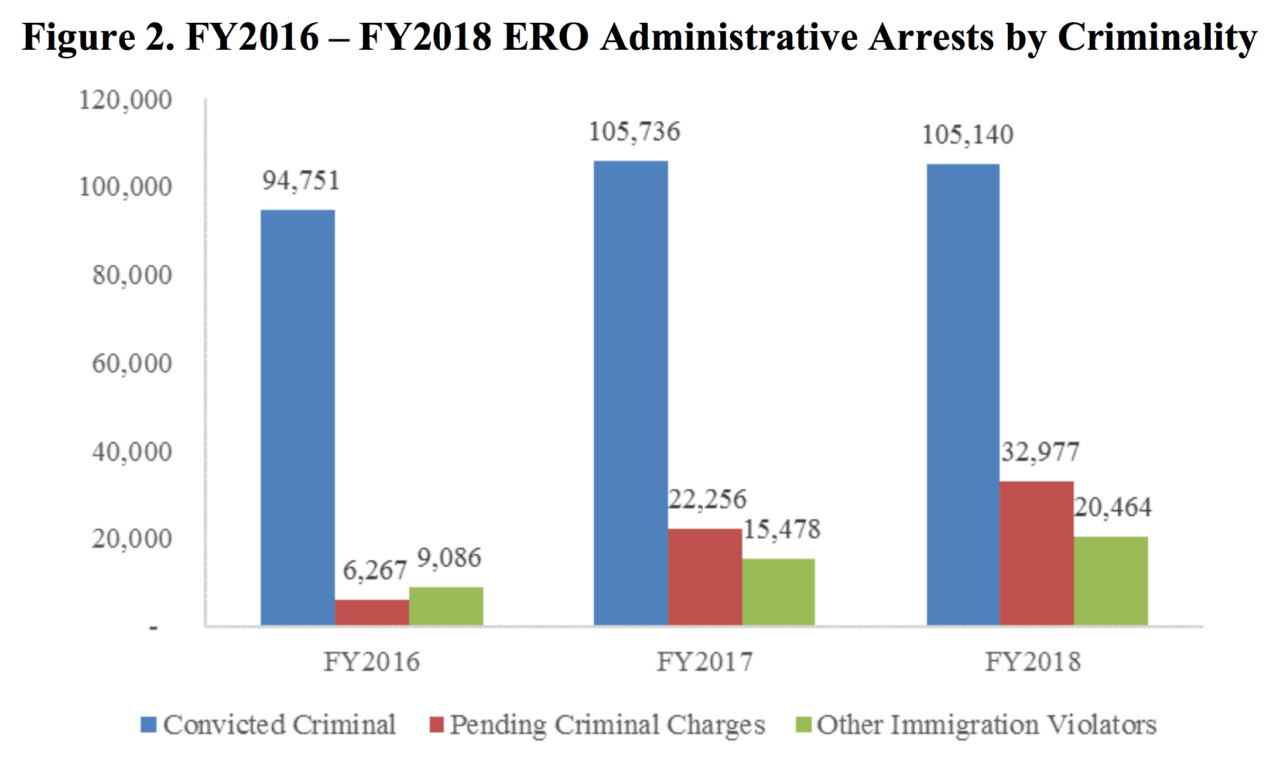 The more than 105,000 convicted criminal illegal aliens arrested by ICE this year include:

While ICE has ramped up arrests of illegal aliens, the U.S. continues to admit more than a million legal immigrants every year to take American jobs. The mass immigration scheme is a boon to real estate developers, who thrive on the booming populations in major cities, and employers who benefit from a flooded labor market with stagnant U.S. wages and displaced American workers.