The latest report from the Center for Disease Control (CDC) finds that young white men in the United States are dying at the fastest rate from fentanyl, the deadly opioid where one pound can kill more than 220,000 people. 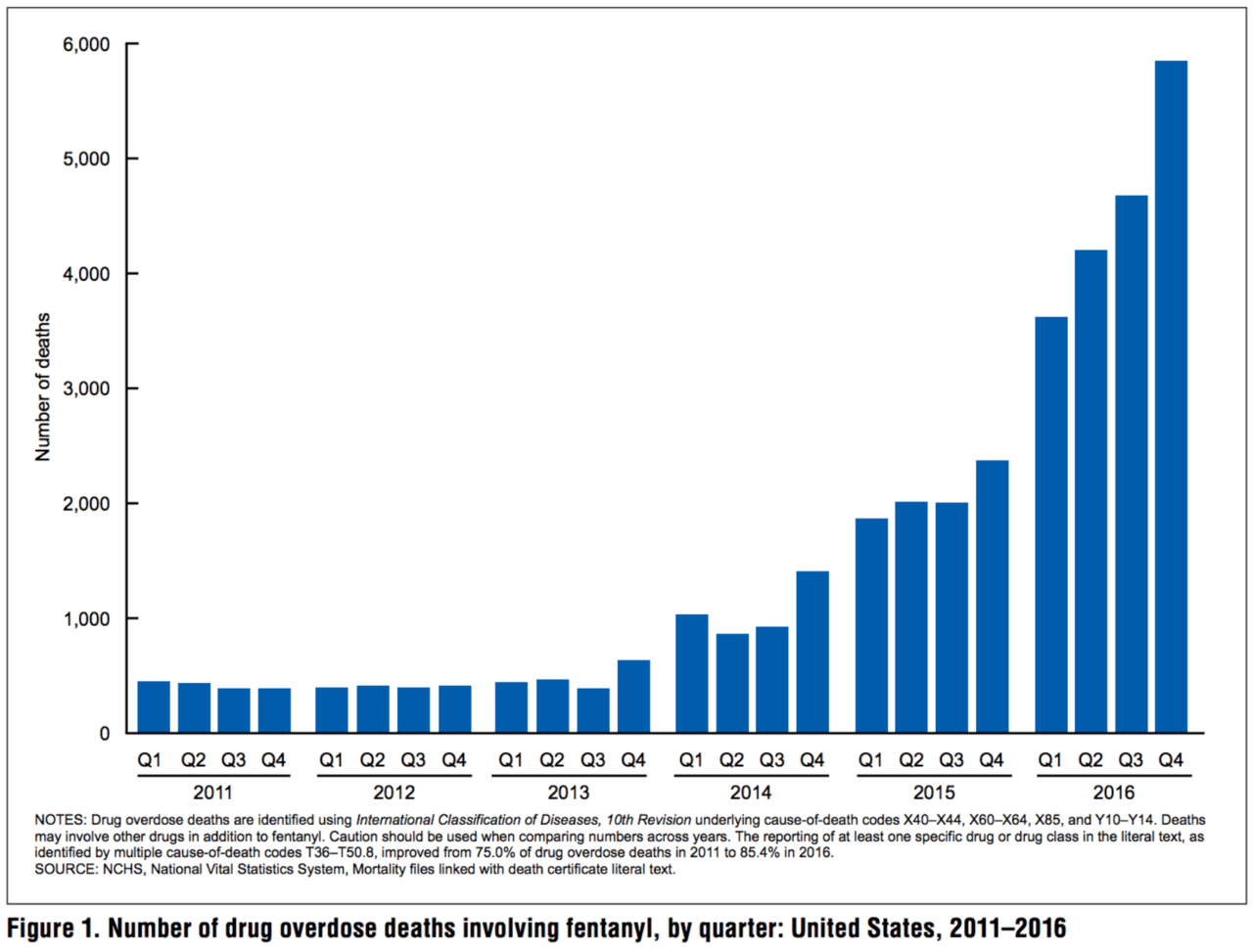 The opioid crisis, though, is not impacting all states and demographic groups in the country equally, the CDC report finds.

White Americans have a significantly higher rate of dying from fentanyl than any other racial group in the U.S. For instance, non-Hispanic whites’ rate of fentanyl overdose deaths increased n early 110 percent between 2013 and 2016. 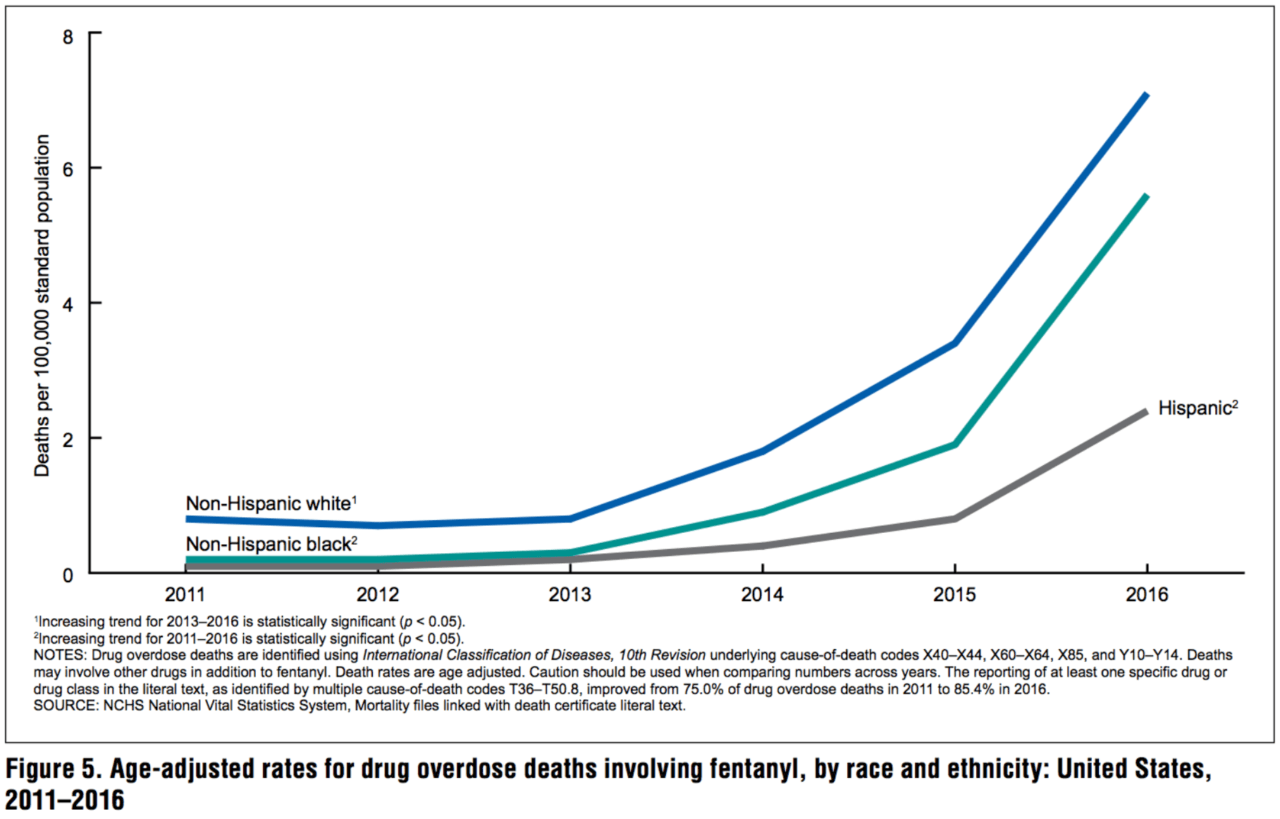 For young people, the opioid crisis is even worse. The CDC finds that between 2011 and 2016, the number of fentanyl overdose deaths for Americans aged 25-years-old to 34-years-old increased 100 percent every year. For Americans aged 15 to 24-years-old, the number of fentanyl overdose deaths increased almost 94 percent every year between 2011 and 2016. 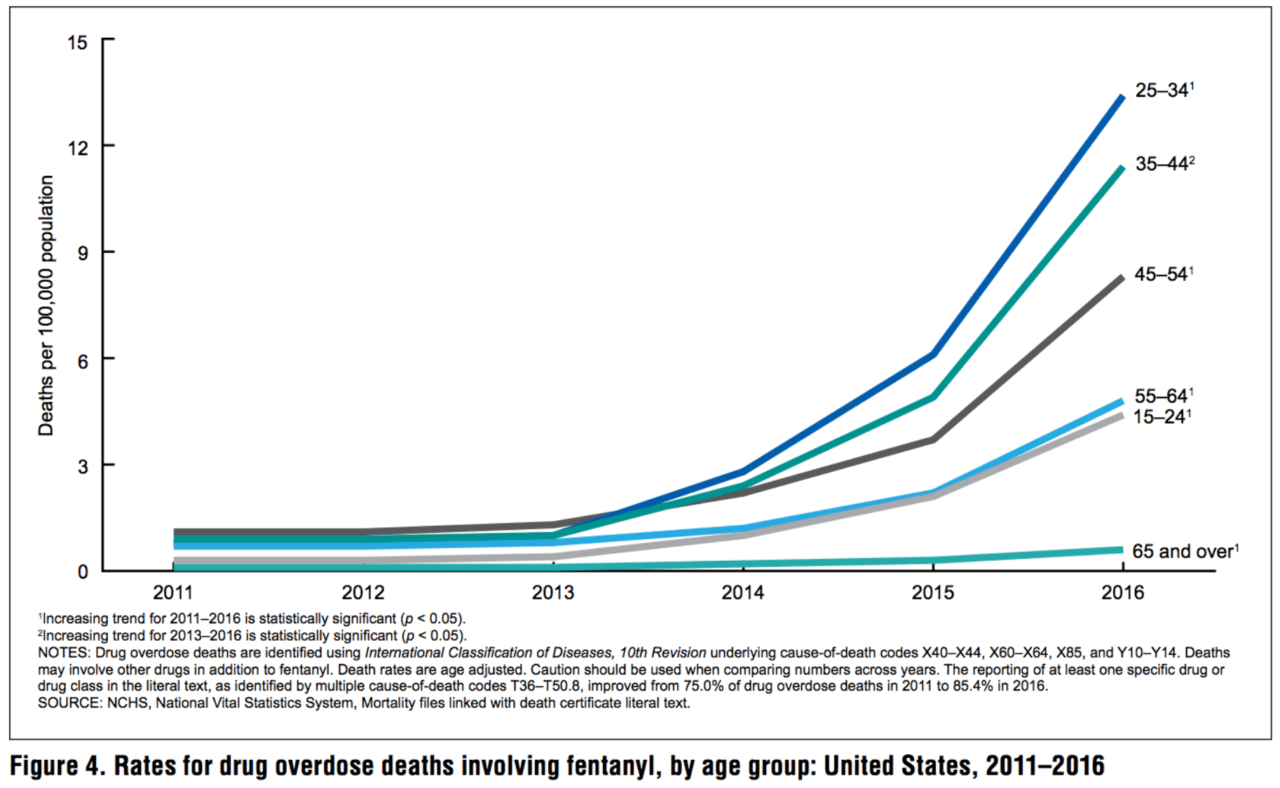 The rise in fentanyl overdoses is concentrated largely in three regions of the country, which includes:

In the most northeast states of the country, the number of Americans dying from fentanyl overdoses increased almost 114 percent every year between 2011 and 2016.

Last year, the Immigration and Customs Enforcement (ICE) agency seized enough fentanyl to kill nearly twice the U.S. population, Breitbart News reported, and for the first time, Americans are now more likely to die from an accidental opioid overdose than from injuries in a car crash.

Drug overdoses in 2017 killed an unprecedented 72,287 U.S. residents, nearly three times the number of individuals killed by global terrorism and 10,000 more than the number of Americans killed in the Vietnam War. Nearly 50,000 of those deadly overdoses were caused by either heroin or fentanyl.