Working class American men have struggled to increase their labor participation rate to workforce levels before the Great Recession of 2007, new data finds.

Working-age native-born American men between 18 and 65-years-old with no bachelor’s degree have fared far worse than their foreign-born counterparts in terms of economic recovery and re-entering the workforce, data from the Center for Immigration Studies (CIS) reveals. 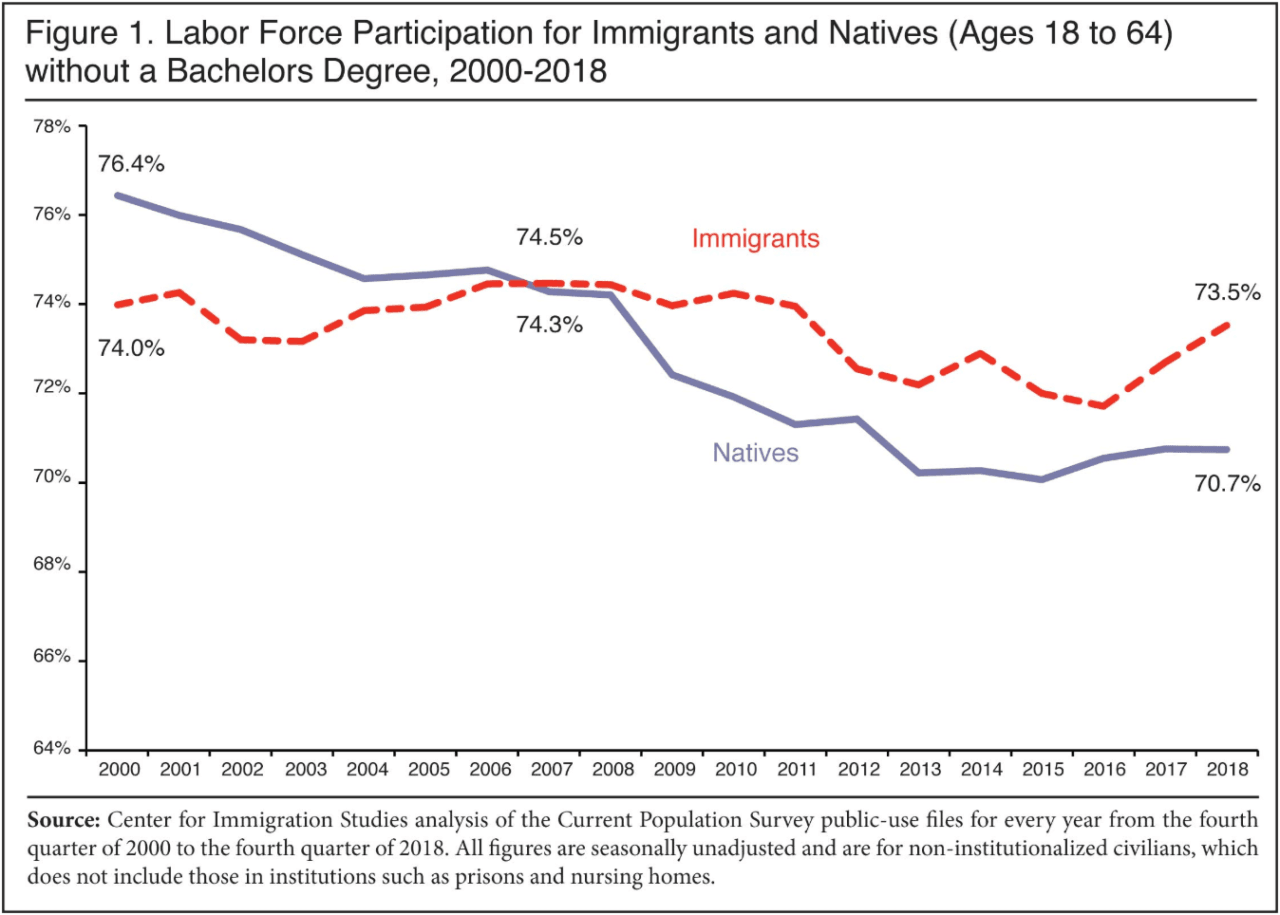 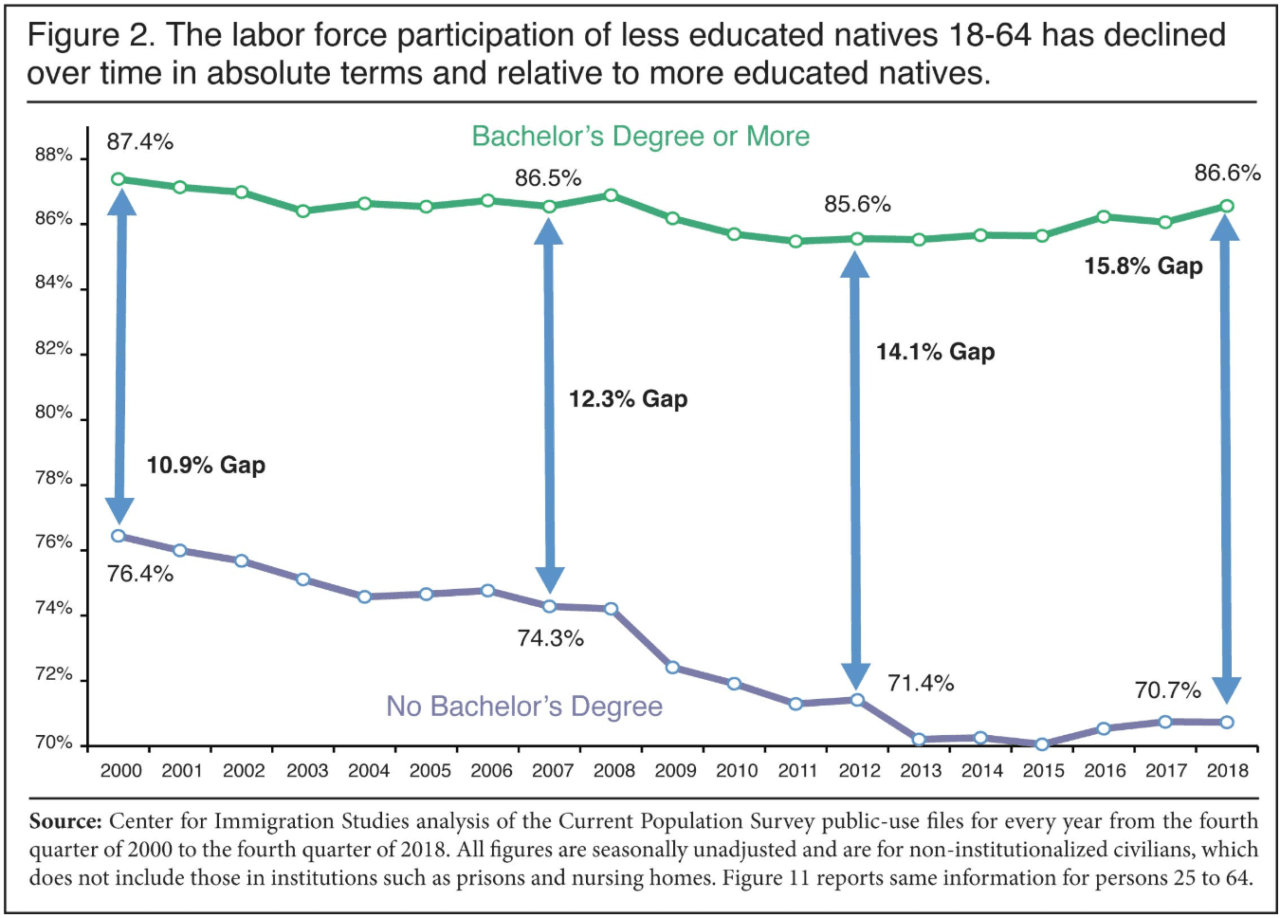 In 2000, about 87.2 percent of working class foreign men were in the workforce. By 2018, that labor participation rate has nudged down to 86.2 percent.

When 18 to 24-year-old working class men are not factored in, native-born Americans continue to be outpaced by low-skilled foreign men in regards to labor participation.

For instance, while only about 0.5 percent working class foreign men between 25 to 65-years-old have dropped out of the labor force between 2000 and 2018, about 3.7 percent of native-born working class American men of the same age group have fallen out of the workforce when current levels are compared to the year 2000.

The U.S. mass illegal and legal immigration policy — whereby about 1.5 million mostly low skilled foreign workers are added to the population every year — has remained in place despite the economic downturn of 2007 and the country’s recovery.