Speaking at a podium steps from the spot where President Donald Trump announced his own presidential run in 2015, the Democrat said he had come to Trump Tower to promote a new city air pollution law requiring skyscraper owners to cut greenhouse gas emissions or face fines.

De Blasio said Trump’s buildings in the city could face a combined $2.1 million in annual fines if they don’t reduce emissions by 2030.

“President Trump, you’re on notice. Your polluting buildings are part of the problem,” he claimed.

However, de Blasio’s speech was all-but drowned out by a throng of Trump supporters who demonstrated behind him on the building’s escalators, booing, whistling, chanting and holding up signs with messages including “Failed mayor” and “Worst mayor ever.” Footage of the heckling was shared to social media. 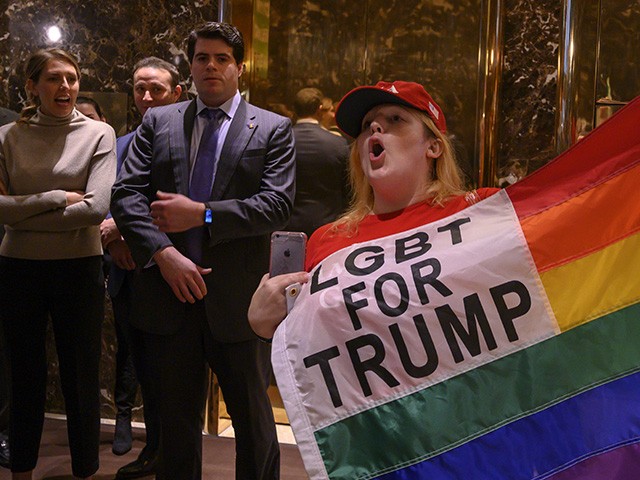 Snake oil salesman de Blasio tried to sell the ludicrous Green New Deal, while Trump supporters rode the escalator behind him with signs.

Loud music also played over the building’s sound system for part of the event. De Blasio had to shout to be heard.

“It’s so nice of them to serenade us at Trump Tower. Clearly, they are uncomfortable with the truth,” he said. 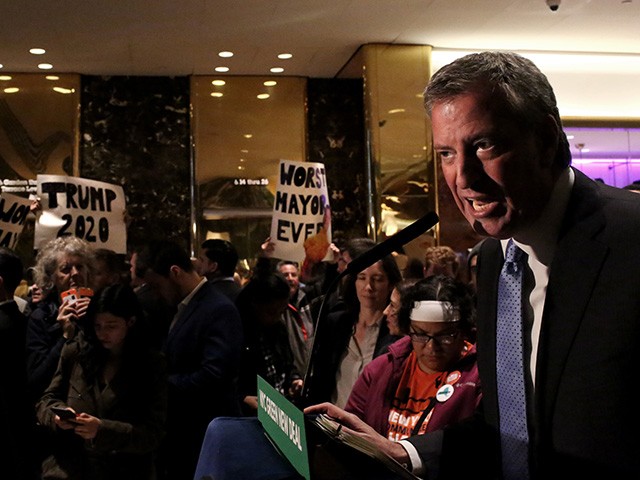 Under a deal that President Trump struck with the city decades ago, Trump Tower’s lobby is considered a public space for much of each day.