The constant flow of legal immigration to the United States — with 1.2 million nationals admitted every year — has driven the “highest level in decades” of foreign-born workers in the American economy, the Wall Street Journal reports.

Foreign-born workers now make up 17.5 percent of the total U.S. workforce, according to the most recent Department of Labor data. This means that about 3-in-17 workers in the American economy were born outside of the U.S., an increase 0.4 percent since last year, when 17.1 percent of all workers were foreign born. 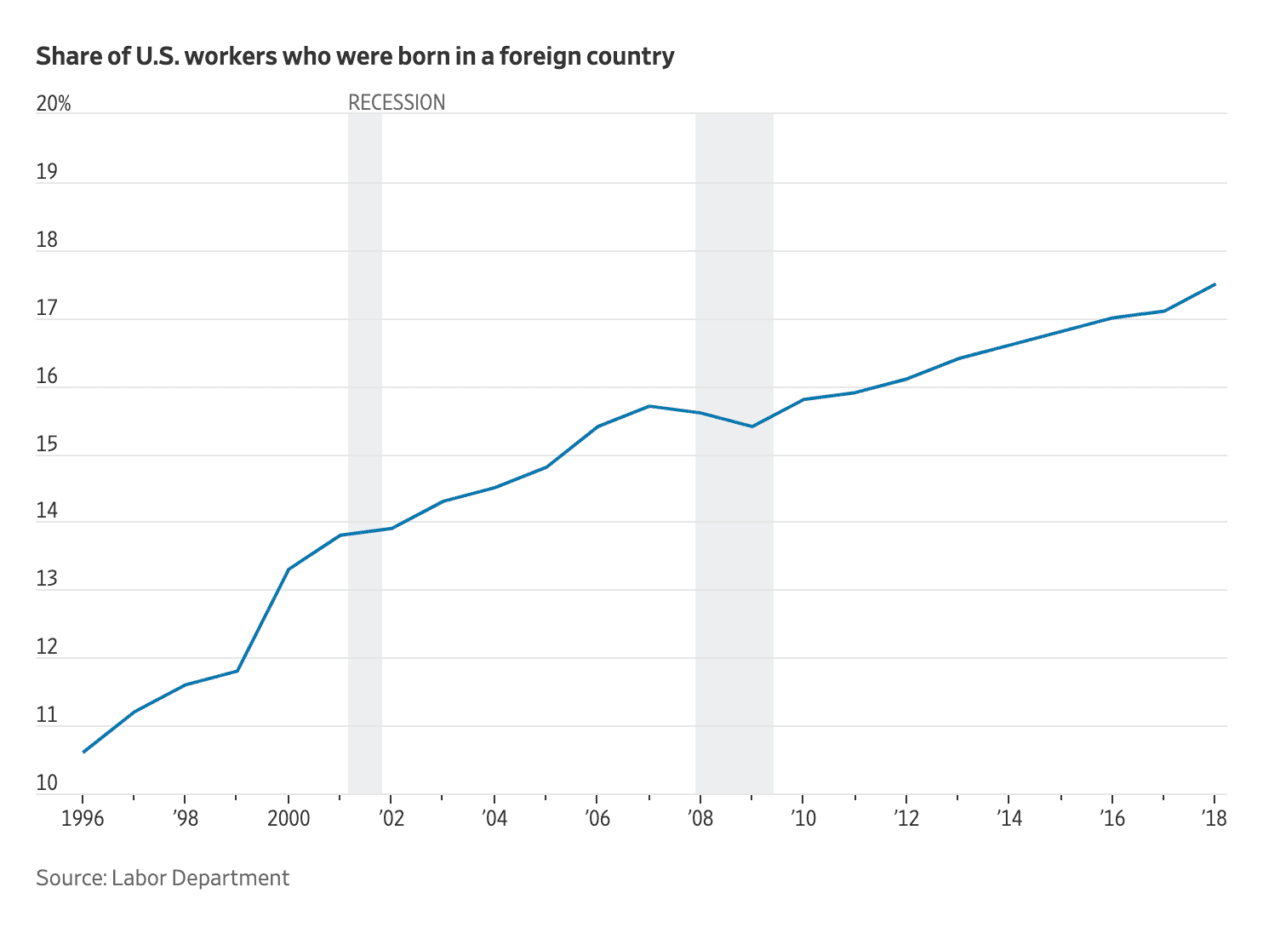 (Screenshot via the Wall Street Journal)

Legal immigration levels, where 1.2 million mostly low-skilled legal immigrants and hundreds of thousands of foreign visa workers are admitted to the country annually, have driven the number of foreign born workers in the U.S. to its highest level since 1996, the Wall Street Journal notes:

There were 27.2 million U.S. workers who were born outside the country last year, up 3.7% from a year earlier. That was an acceleration from 1.8% growth in 2017, and the fastest rate of foreign-born employment growth since 2012. [Emphasis added]

“The top overall reason for people to come to the United States is for employment,” said Jeanne Batalova, senior policy analyst at the Migration Policy Institute, a nonpartisan think tank. [Emphasis added] 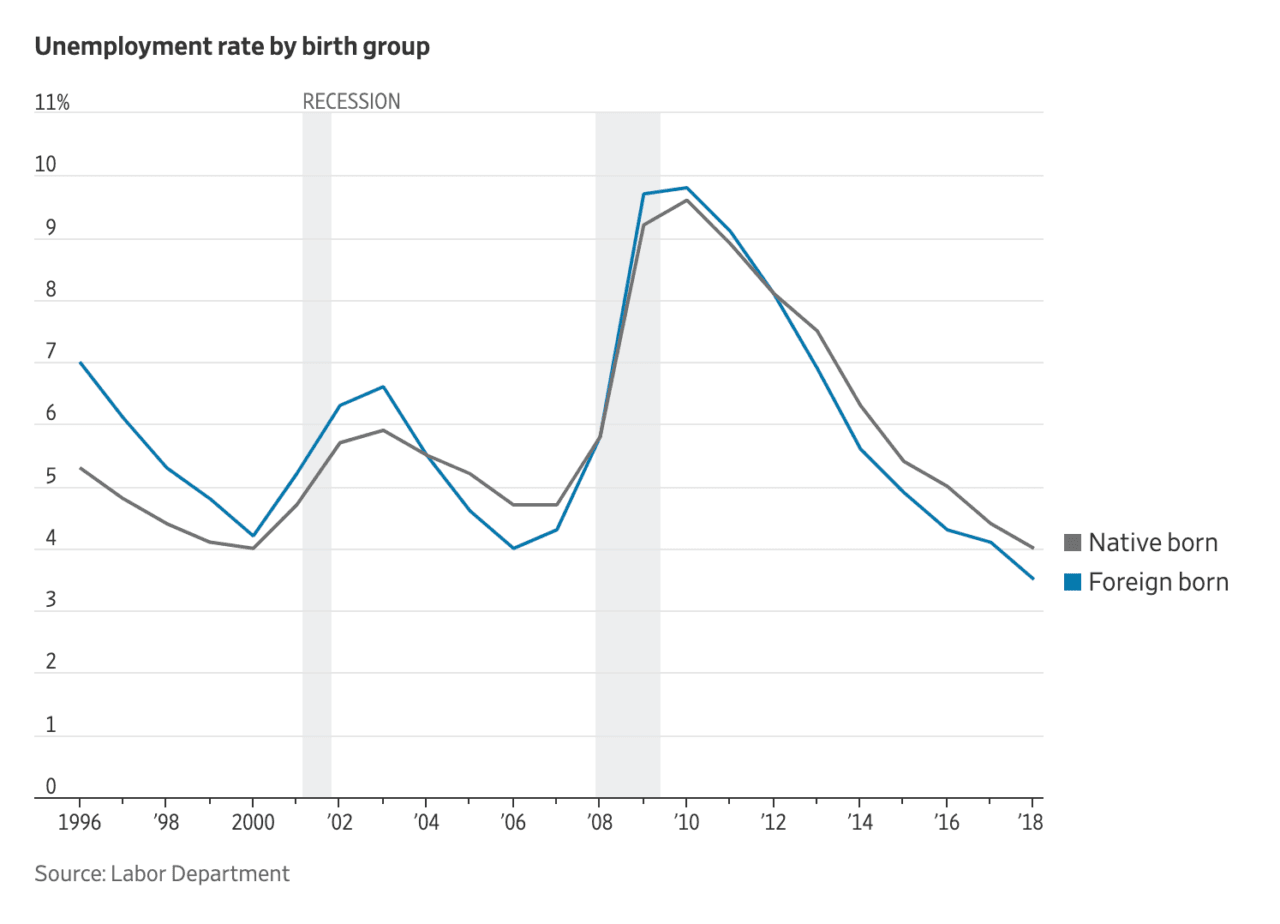 (Screenshot via the Wall Street Journal)

Though there continue to be nearly 12 million Americans who want a full-time job but are unemployed, underemployed, or out of the labor force entirely, the U.S. has continued admitting more than a million legal immigrants a year to compete for working and middle class jobs against these sidelined. Americans.

Extensive research by economists like George Borjas and analyst Steven Camarota reveals that the country’s current mass legal immigration system burdens U.S. taxpayers and America’s working and middle class while redistributing about $500 billion in wealth every year to major employers and newly arrived immigrants. Similarly, research has revealed how Americans’ wages are crushed by the country’s high immigration levels.

For every one-percent increase in the immigrant portion of American workers’ occupations, their weekly wages are cut by about 0.5 percent, Camarota finds. This means the average native-born American worker today has his weekly wages reduced by perhaps 8.75 percent since 17.5 percent of the workforce is foreign born.

Likewise, every one-percent increase in the immigrant portion of low-skilled U.S. occupations reduces wages by about 0.8 percent. Should 15 percent of low-skilled jobs be held by foreign-born workers, it would reduce the wages of native-born American workers by perhaps 12 percent.

At current legal immigration rates, about one-in-six U.S. residents will have been born outside of the country by 2060, the Census Bureau has found. The foreign-born population in the U.S. is expected to reach 69 million in the next four decades.