British broadcaster Piers Morgan took the opportunity during an interview with President Donald Trump in the United Kingdom to present him with a version of the hat made famous by Prime Minister Winston Churchill.

“I think Winston looked much better in this one,” Trump said upon trying on the hat after he shaped it a bit. The president then commented that it was sized a bit “big”: 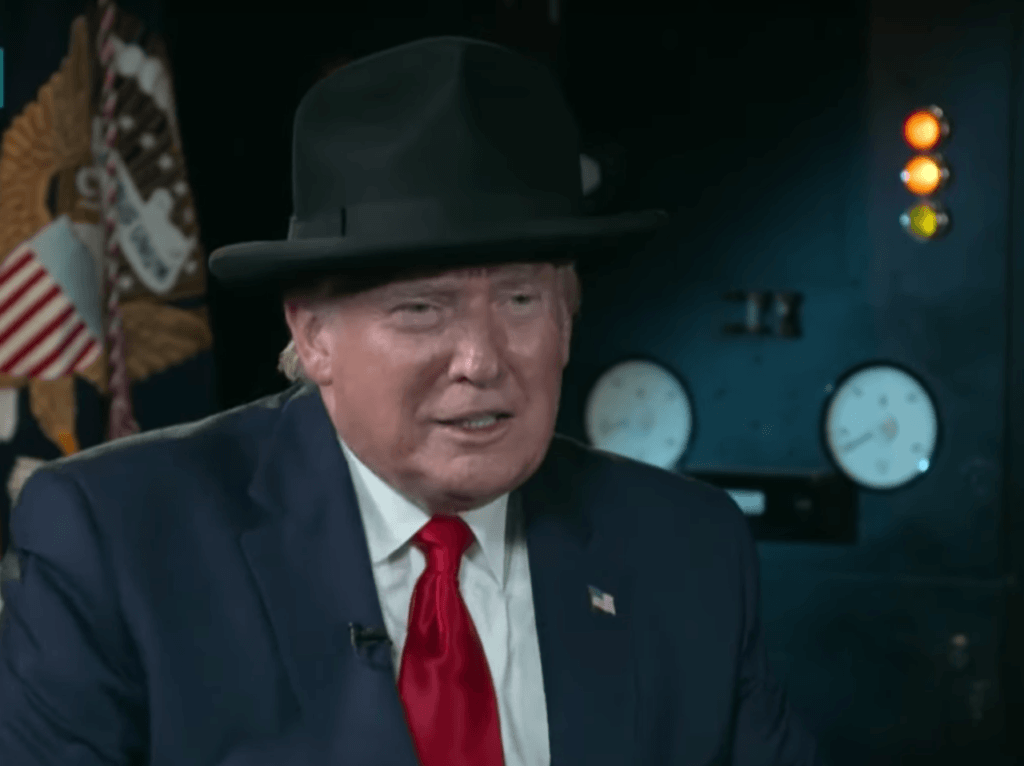 During the interview with Good Morning Britain, which aired Wednesday morning, Morgan presented the hat with the monogram D.J.T. inside.

“Thank you, Piers. I never knew you had that kind of sensibility,” Trump said.

Trump said he was a “big fan” of Winston Churchill and had studied him throughout the years.

“I never like to have heroes. I like to respect people,” he said. “But certainly, he would be right up there.”

When asked if he saw any similarities between himself and Churchill, Trump demurred.

“Well, if I ever said that, I would be ridiculed all over,” he said.