A narrow plurality of Democrats favor allowing men who say they are transgender to enter women’s sports, but the change is opposed two-to-one by adults, independents, parents, and middle-class voters, says a poll by Rasmussen Reports.

The poll shows “a huge opportunity for us,” said Terry Schilling, the executive director of the American Principles Project. He continued, “It shows how far out the left has come on this; they claim to be pro-feminist and pro-woman, but they support things that will destroy women’s sports.”

Democrats favor men’s participation in women’s sports by 43 percent to 36 percent, said the survey of 1,000 adults, which was conducted May 28 and 29.

The question asked: “Do you favor or oppose allowing transgender students to participate on the sports teams of the gender they identify with, letting biological males, for example, play girls’ sports?” 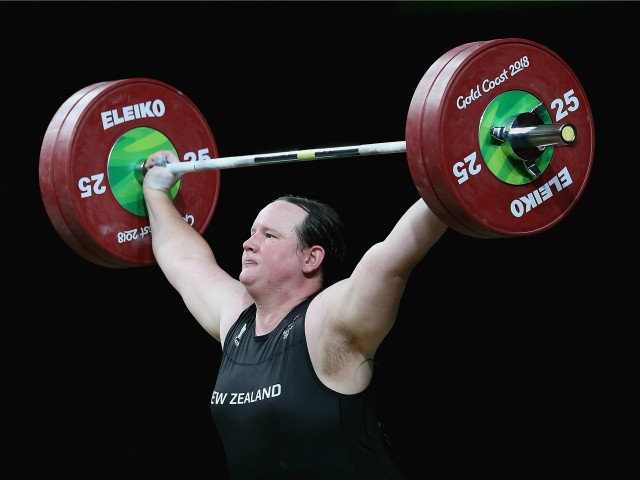 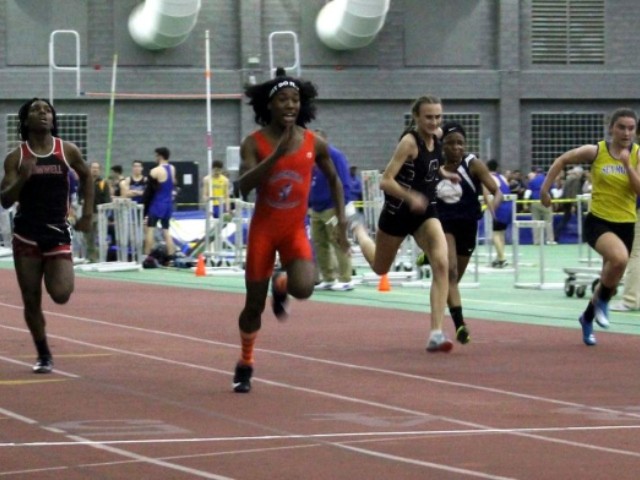 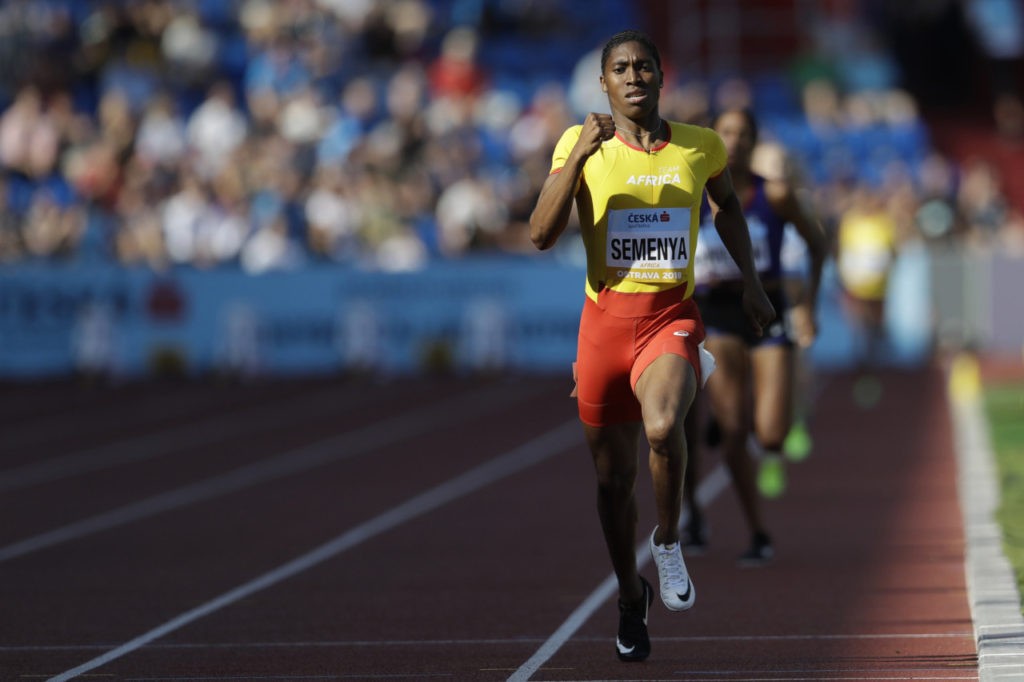 The survey also shows that only 31 percent of adults favor “allowing transgender students to use the bathrooms of the opposite biological sex.”

Both questions also showed that 23 percent of the female respondents said they are “not sure” how to answer the questions. That high percentage suggests that many women have not made up their minds — and that many are reluctant to reveal their views amid pro-transgender advocacy by establishment media outlets. 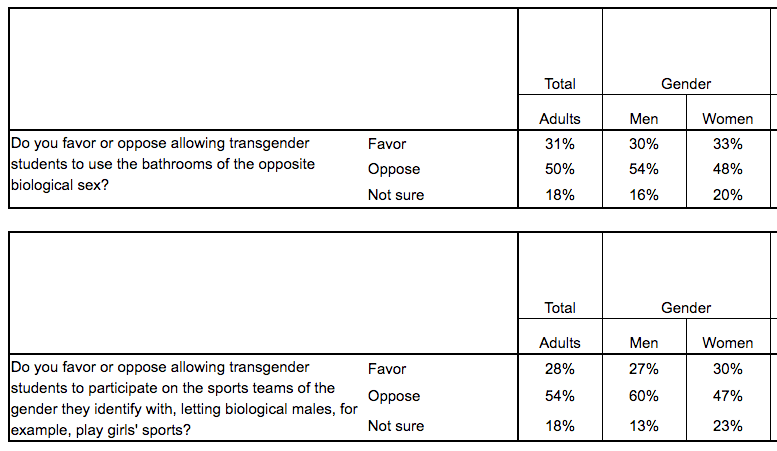 The poll does not show if the voters “strongly” and “somewhat” oppose or endorse the transgender demands.

The Rasmussen results match prior surveys, which show that most Americans wish to help and comfort people who think they are a member of the opposite sex, even as they also reject the transgender ideology’s claim that people’s legal sex is determined by their feeling of “gender identity,” not by biology.

The rejection is a problem for Democrat legislators in the House, who almost unanimously voted to establish the unpopular ideology in a May 17 vote on H.R. 5, The Equality Act.

The GOP’s base — and a core group of GOP legislators — are opposing the ideology, while most GOP legislators and the top leaders are trying to avoid taking a public stand.

This bill legalizes discrimination, government-imposed, top-down discrimination against those with time-honored views of marriage and gender. … [it will] dismantle female athletics … men are taking home the gold in women’s sports.

After the debate, a spokeswoman for the GOP White, Rep. Steve Scalise, told Breitbart:

The so-called Equality Act tramples on the religious liberty of Americans, rights of parents and doctors, and has dire consequences for female athletics under Title IX. No one should be discriminated against, but that also includes parents, doctors, people of faith, and female athletes, who are dangerously targeted in this bill.

The poll showing the public’s rejection spotlights the donor dilemma for GOP leaders, who are zigzagging between their base and a few pro-transgender donors.

“It is incredibly important for Republicans to ignore the donor class on this issue,” said Schilling.

This is an area where the elites and the elite donors are completely out of line with the voters on an issue in which the voters care passionately about. We’re talking millions of voters whose daughters are playing sports … [GOP] leaders need to ignore the donor class.

The transgender issue may help the GOP close the big gap with suburban and women voters. The Rasmussen poll shows that just 30 percent of women support men entering women’s sports and that 47 percent of women oppose the move. That divide will likely widen as videos show more men publicly taking podiums, prizes, and status from obviously smaller, defeated women.

This pushback is being aided by increasingly vocal networks of women’s athletes who fear their sports will be overwhelmed by males. But many critical women and girls try to hide their identity for fear of retaliation by progressives and angry men.

“It is cruel, it is disgraceful,” said Schilling.

President Trump’s deputies have decisively rolled back former President Obama’s pro-transgender rules in military, health care, housing, and other areas. Almost universally, reporters have refused to describe or explain the administration’s popular policy, in part, because Trump does not tout his popular policy directly to voters.

Trump’s Pentagon deputies say in court that they do not recruit people who demand to be treated as members of the opposite sex in training, physical fitness, showers, accommodations, promotions, and other circumstances. The inevitable conflicts are avoided by determining each recruit’s sex via the non-political “bright line of biology.”

Trump “is a practical guy,” said Schilling. “I was not surprised by his comments.” But to win the debate, “we need to have Donald Trump to take the lead and [GOP leaders] will follow,” said Schilling. “Any controversy on this issue is going to be a major plus.”

The ideology insists that men and women’s bodies are more or less identical, and it objects to the public’s view of the two sexes as simultaneously different, complementary, and equal. The transgender advocates want to impose their ideology on Americans by establishing “transgender rights” laws, which would require the Department of Justice to penalize individuals and groups that insist that women and girls are biologically different — and have different priorities — than men and boys.

Transgender advocates claim that two million Americans say they are transgender to a greater or lesser extent.

But very few people who describe themselves as transgender undergo transition surgery of the genitals. Only about 4,118 Americans surgically altered their bodies in hospitals from 2000 to 2014 to appear like members of the opposite sex, according to a pro-transgender medical study. A 2018 Pentagon report commissioned by former Defense Secretary James Mattis said that “rates for genital surgery are exceedingly low- 2% of transgender men and 10% of transgender women.”

The transgender movement is diverse, so the different factions have competing goals and priorities.

It includes feminists who wish to blur distinctions between the two sexes, people who glamorize the distinctions between the two sexes, masculine autogynephile men who demand sex from lesbians, as well as revenue-seeking drug companies and medical service providers. It includes wealthy donors, ambitious politicians, and professional advocates. The movement also includes sexual liberationists and many progressives who are eager to liberate people from their bodies, non-political people who are trying to live as members of the opposite sex, high-profile children, troubled teenage girls trying to flee teenage strife, and people trying to “de-transition” back to their sex, plus parents who are eager or willing to endorse transgender claims.

The progressive push to bend Americans’ attitudes and their male-and-female civic society around the idea of “gender identity” has already attacked and cracked many of the popular social rules that help Americans manage the cooperation and competition among and between complementary, different, and equal men and women.