Sessions’ revised policy says officials “will use biological sex as the initial determination” when assigning people to either male or female prisons, according to the policy document published May 11 by Buzzfeed.

Critics said Obama’s transgender policy would have created huge risks of rape because few people who say they are transgender have undergone genital cosmetic surgery, and few can pass as members of the opposite sex. For example, Obama’s policy would allow male criminals into women’s prisons and pressure women-who-say-they-are-men to live in men’s prisons.

Sessions’ new policy marks another step in reasserting the normal biology-based legal distinctions between female and male. Those distinctions were being scrubbed from the law by Obama’s pro-transgender policies. Trump has already begun reversing Obama’s pro-transgender policies in K-12 schools, in health care, and the military which now says it classifies soldiers’ sex by using the “bright line based on biological sex.”

Obama’s policies allowed people to change their legal sex by declaring they have the “gender identity” of an opposite-sex person, regardless of appearance, biology, or public opinion.  In practice, this transgender ideology puts a legal gag on teenage girls who do not want to share their bathrooms with boys-who-say-they-feel-like-girls, it silences women who want to object when biologically intact men walk into their showers, and it stigmatizes people who try to preserve sexual privacy and sexual distinctions in a two-sex society of equal, different, and complementary men and women, girls and boys.

Trump’s support for a two-sex, male-and-female society is very popular, although most Americans also want to help — or just ignore — the very small percentage of individuals who wish to live as members of the other sex. 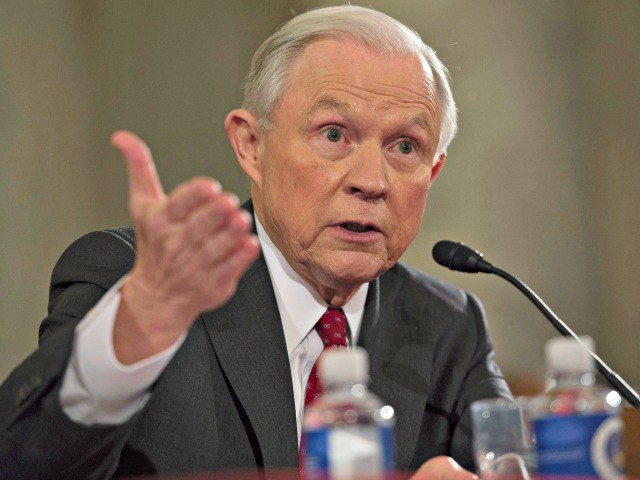 The Sessions policy gives prison officials the flexibility they need to deal with people who have tried to live as members of the other sex. It says:

The designation to a facility of the inmate’s identified gender would be appropriate only in rare cases after consideration of all … [various] factors and where there has been significant progress towards transition as demonstrated by medical and mental health history.

The policy says the Bureau of Prisons’ Transgender Executive Council should:

… make the following assessments on a case-by-case basis:

■ The TEC will use biological sex as the initial determination for designation;

■ The TEC will consider the health and safety of the transgender inmate, exploring appropriate options available to assist with mitigating risk to the transgender offender, to include but not limited to cell and/or unit assignments, application of management variables, programming missions of the facility, etc.;

■ The TEC will consider factors specific to the transgender inmate, such as behavioral history, overall demeanor, and likely interactions with other inmates; and

■ The TEC will consider whether placement would threaten the management and security of the institution and/or pose a risk to other inmates in the institution (e.g., considering inmates with histories of trauma, privacy concerns, etc.).

Nationwide, there almost 500 people in federal jails who claim to be members of the other sex, DallasNews.com reported in March 2018.

Prison officials already struggle to deal the problem of brutal male-on-male rapes. The jailing of female-appearing men in prisons with other men greatly exacerbates that problem, according to evidence from the United States, Australia, and other countries.

Sessions’ policy change came after several women prisoners in Texas sought to exclude men who say they are women from their jail and began negotiating a legal settlement with Trump’s appointees. Their chances were boosted when Trump discarded the pro-transgender policies pushed by Obama.

“It’s the city’s responsibility to protect the rights and safety of all New Yorkers, and that means protecting transgender individuals in city jails as well,” said a statement from de Blasio. “New York City is one of the first major cities to commit to taking this step, and it’s crucial to ensuring all our facilities are welcoming and safe for all New Yorkers, no matter their gender identity.”

Multiple polls show that most Americans wish to help and comfort people who think they are a member of the opposite sex, even as they also reject the transgender ideology’s claim that a person’s legal sex is determined by their feeling of “gender identity,” not by biology.

Despite the huge expense, conflict, and damage to young people, the gender ideology is rapidly gaining power, aided by huge donations from wealthy individuals and medical companies. In Ohio, for example, in February, a judge forced parents of a teenage girl to give up custody so she can begin a lifetime of drug treatments and surgery that will allow her to appear as a male.

The progressive push to bend Americans’ attitudes and their male-and-female civic society around the idea of “gender identity” has already attacked and cracked many of the popular social rules which help Americans manage the cooperation and competition among and between complementary, different and equal men and women.