Breitbart Entertainment Editor Jerome Hudson appeared on Fox & Friends Sunday to discuss the most explosive facts in his new book, 50 Things They Don’t Want You to Know, which Harper Collins released nationwide on September 17.

“Over 50 percent of the United States Border Patrol Agents, risking their lives every day, are Hispanic,” Hudson said. “The Democrats and media won’t tell you this, in fact, they constantly castigate this Administration’s policies as racist. But both cannot be true.”

“What they also won’t tell you is that 80 percent of the women and girls who make the dangerous trek from Central America to the United States are raped on their way here,” Hudson continued. “Meanwhile, half of all federal arrests are immigration related. The IRS has documented 1.2 million identity theft crimes committed by illegal immigrants, and over a million jobs have been lost to black Americans because of illegal immigration.” 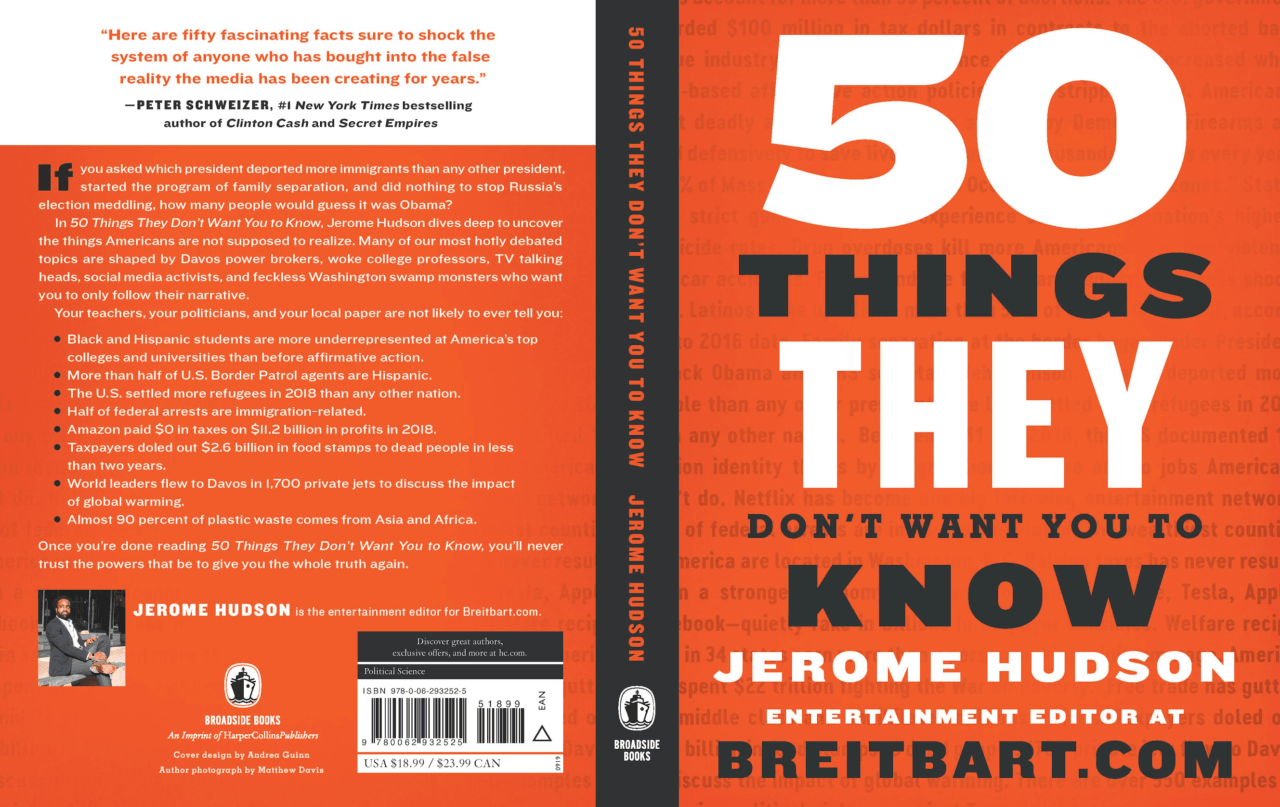 “Despite the Left’s hysteria on climate change, the United States carbon emissions levels hit a record low last year. The Democrats don’t realize this but if we ground every plane, leveled every building in America, and lived in huts, the United States amount of carbon emissions only accounts for 15 percent of the entire world,” Hudson said. “Addressing this issue, you’d have to confront China, Indian, Russia, and the European Union, which account for the overwhelming majority of greenhouse gas emissions.”

Asked about gun control and violence in Democrat-run cites, Hudson said “Where talking about Chicago, Philadelphia, Washington, D.C., in these cities we see gun violence above the national average. These cities have some of the most strict gun laws in the country.”