Sen. Bernie Sanders (I-VT) and Rep. Alexandria Ocasio-Cortez (D-NY) announced on Thursday at a press conference at the Capitol that they are introducing in the House and the Senate legislation to retrofit 1.2 million public housing units to fight climate change.

Sanders said the bill would require a “$180 billion investment.”

“So what we’re going to do in this legislation is to do nothing less but to decarbonize the entire public housing stock in the United States of America,” Ocasio-Cortez said, surrounded by public housing residents brought from New York to Washington, DC.

“And in the process of decarbonizing the public housing stock we are going to put hundreds of thousands of people to work in good paying jobs and giving that preference to public housing residents,” Ocasio-Cortez said.

Today is a very big day!

The GND for Public Housing Act will:
🏙 Decarbonize the entire US public housing stock
👨‍👨‍👧‍👦 Improve quality of life for residents
📈 Create 100s of thousands of jobs in the process https://t.co/z8h3EPby00

“The planet is in crisis,” Sanders said. “The truth is that five out of the last six years have been the warmest on record.”

“Major cities around the world — cities like Miami, New York City, London, Shanghai and Hong Kong will likely be underwater in the next 50 years,” Sanders said, adding that he believes the United Nations speculation that climate change will create “over a hundred million climate refugees in search of food, water and a minimal standard of living.”

Sanders said that the retrofitting millions of housing units would “reduce carbon emissions equivalent to taking off of the road over one million cars” and would created 250,000 “good paying union jobs.”

“This will pay for itself,” Sanders said. “This is a win, win, win piece of legislation.” 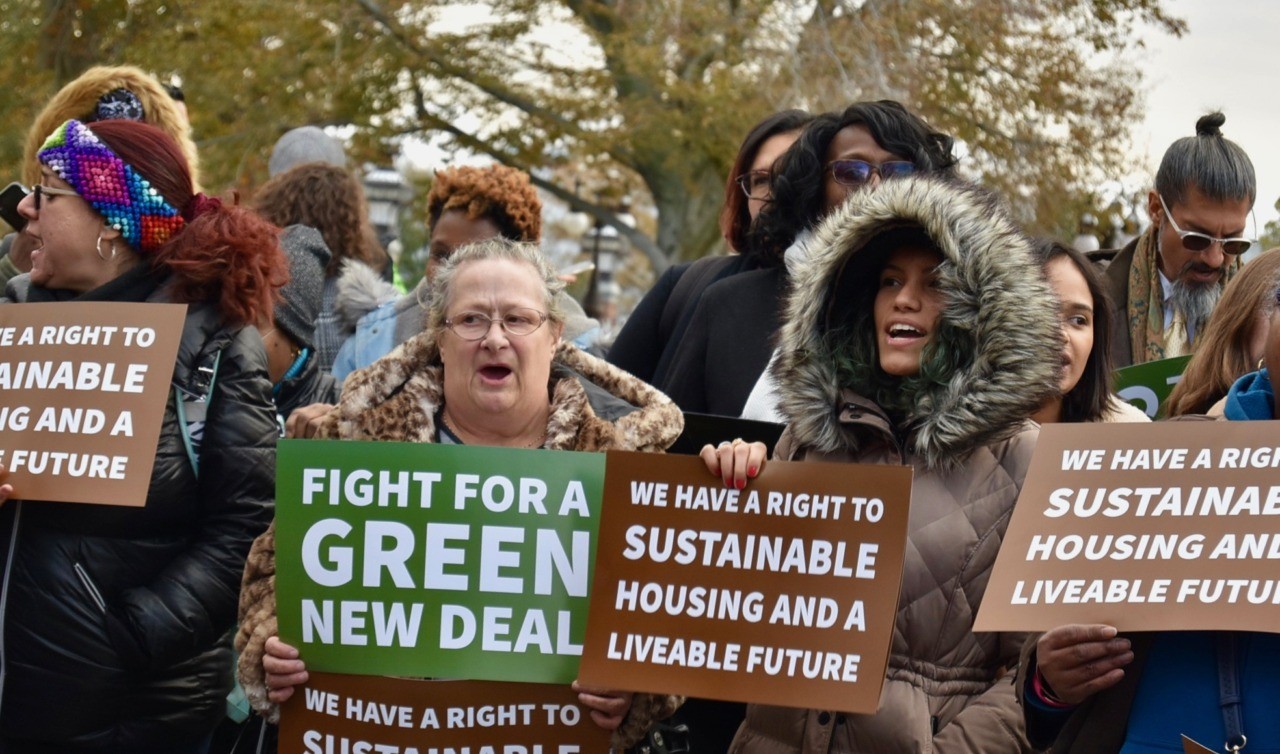 The lawmakers said at the press conference that the Green New Deal for Public Housing Act is one of a series of bills they plan to introduce to put in place a number of radical programs detailed in the Green New Deal Resolution, including ending air travel, halting the use of fossil fuels and retrofitting every building in the United States to fight climate change.

Ocasio-Cortez said she invited public housing residents, many of whom chanted “housing is a human right,” that she and Sanders wanted them to help shape the legislation because other people are “too far from the pain.”

“Public housing is one area of our infrastructure that’s in immediate crisis that is actually threatening people’s lives,” Ocasio-Cortez said in an interview with the Washington Post. “It’s a perfect place for us to reimagine what a progressive economic agenda can do, particularly with a Green New Deal context.”