George Washington University professor Jonathan Turley testified before the House Judiciary Committee on Wednesday that the Democrats’ effort to accuse President Donald Trump of obstruction was an “abuse of power.”

Turley pointed out that the president was being accused of “obstruction” merely for availing himself of the rights he had to approach the courts, both to protect the powers of the executive and to protect his own particular interests.

He noted that Democrats in the House had failed to make full use of the congressional power to subpoena witnesses, even though Congress had successfully fought in the courts in the past, preferring instead to “rush” to impeachment.

Only if the president defied the courts, after appealing to higher courts, would that be “obstruction.” He concluded:

I can’t emphasize this enough, and I’ll say it just one more time. If you impeach a president, if you make a “high crime and misdemeanor” out of going to the courts, it is an abuse of power. It’s your abuse of power. You’re doing precisely what you’re criticizing the president for doing. We have a third branch that deals with conflicts of the other two branches. And what comes out of there and what you do with it is the very definition of legitimacy.

Turley compared the Democrats’ rush to impeachment to what Republicans did in the impeachment of President Andrew Johnson in 1868, widely regarded as a cautionary example of what not to do. 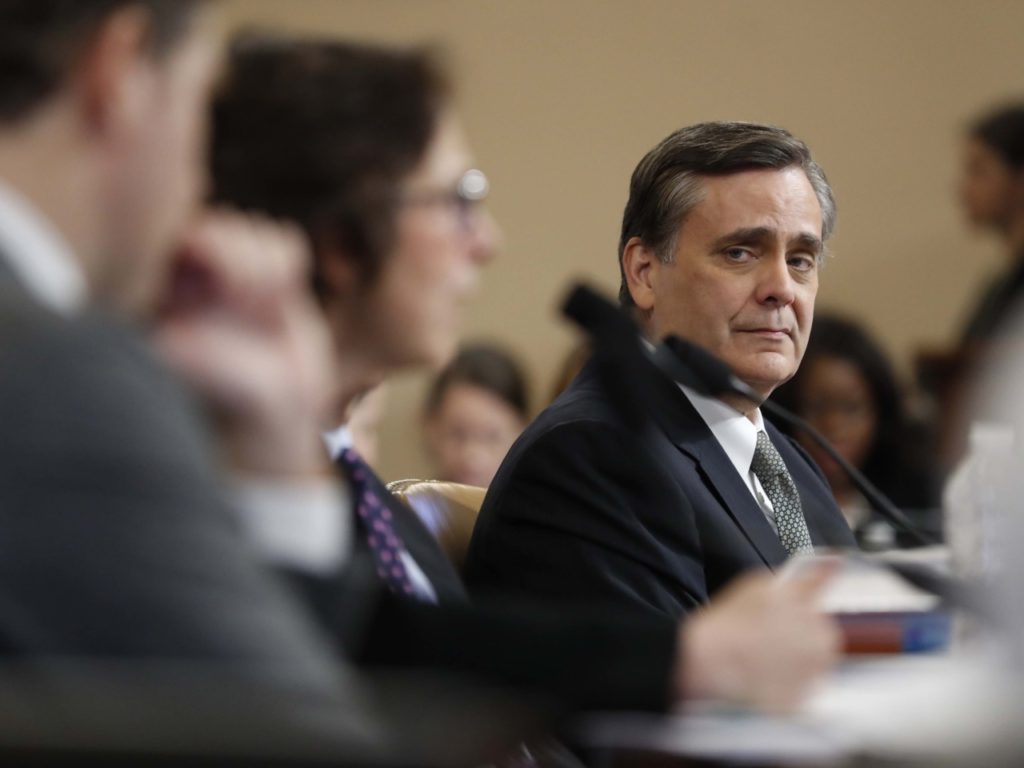 Turley reiterated what he has said for weeks — namely, that the Democrats’ case against Trump was the “thinnest” ever against any president.