A post-heart attack Bernie Sanders is now reneging on a promise he made to release his health records.

In September of 2019, Bernie said this about releasing his medical history: “I think it’s the right thing to do. The American people have the right know whether the person they’re going to be voting for president is healthy, and we will certainly release our medical records before the primaries. It will certainly be before the first votes are cast.”

The following month, the 78-year-old frontrunner to win the Democrat nomination for president of the United States had a full-blown heart attack.

Then, on Monday, Bernie told Chuck Todd he will not release his medical records as promised:

SEN. BERNIE SANDERS: We have released as much —

SEN. BERNIE SANDERS: — documentation, I think, as any other candidate.

CHUCK TODD: But no other candidate has had a heart attack.

SEN. BERNIE SANDERS: Well, look, I am — yeah, no other candidate’s doing four or five events a day, running all over this country —

CHUCK TODD: I hear you. No, you have proven —

SEN. BERNIE SANDERS: We are —

CHUCK TODD: — I mean, no doubt, you’ve proven your mettle here. But voters, you heard voters have been concerned about your age.

What happened between the September pledge to release his health records and now?

The answer is obvious: Bernie had a full-fledged heart attack.

Hot Air’s Ed Morrissey compares Bernie’s broken promise to Donald Trump breaking his 2015 pledge to release his tax returns, which is fair enough … to a point. There are two important distinctions: in-between Trump’s promise to release his tax returns and his breaking of that promise, there was no financial equivalent of a heart attack. What I mean is, the Feds didn’t raid Trump Tower for his financial records… That kind of thing.

Secondly, no third party has vetted and signed off on Bernie’s health records. But a third party has indeed vetted every page of Trump’s tax returns — the Internal Revenue Service (IRS).

I’m not justifying Trump breaking his pledge, and I think he should release his tax returns. But I’m not apoplectic over it because I know the IRS — an unbiased third party —  has already gone through them.

Yes, Bernie released letters from his doctors, but those doctors work for him, they are in his employ.

And yes, I know Trump only released a letter from his doctor, but Trump didn’t have a heart attack.

Bernie had a freakin’ heart attack just a few months ago, and if he’s sworn in as president, he will be a mere eight months away from 80-years-old. 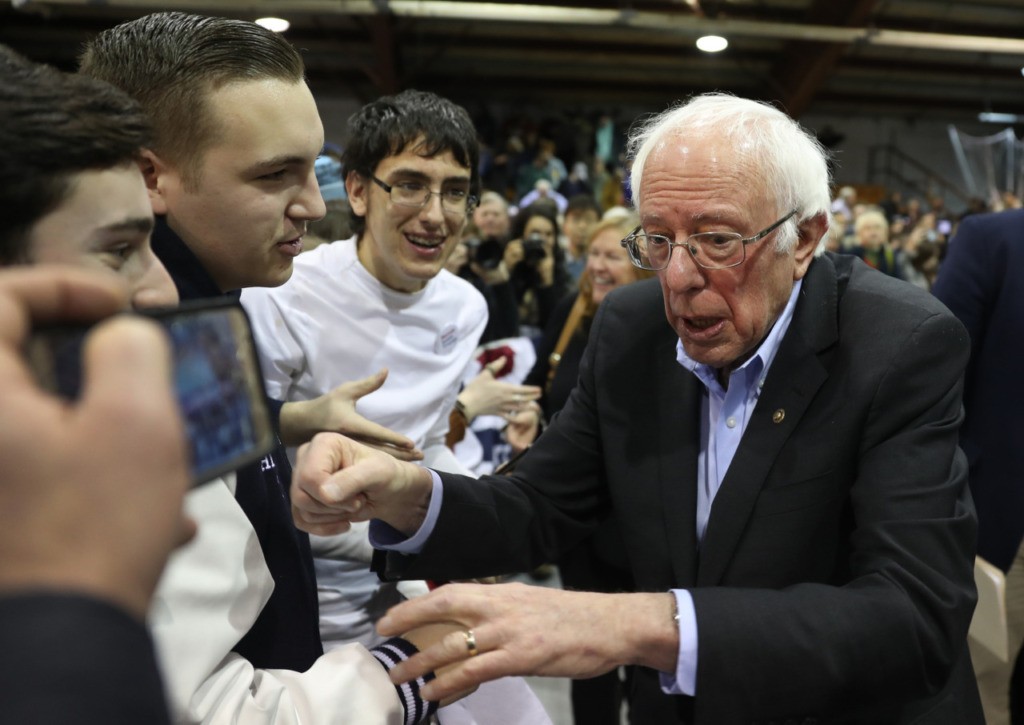 Listen, politicians break promises all the time. During the 2008 Democrat primary, Barack Obama repeatedly promised to accept public financing in the general election. Then, upon winning the primary, Barry immediately violated that promise. Simply put, the cash advantage this gave him over his Republican opponent, John McCain, was more important than his promise.

Winning was more important than his promise.

There’s nothing new about this. Politicians have always weighed the political advantages and disadvantages of these dilemmas: Is it more politically damaging for me to disclose this information or to not disclose it, to keep my promise or not?

When that happens, it is up to voters to decide if it matters.

In the case of Obama, it didn’t matter because the media adored him, so he was never really put on defense over it, and voters understood he would have been a fool to keep that promise.

In the case of Trump’s taxes, even though the media’s still obsessed with them, voters didn’t care for the reason I stated above: the IRS has already vetted those documents.

With Bernie it should matter, but probably won’t. First off, he seems healthy and vibrant. Secondly, the Democrat field is so awful, there aren’t any acceptable alternatives.