Johns Hopkins University experts held a press briefing on Friday on Capitol Hill to discuss efforts to confront coronavirus as it spreads around the globe, including the launch of a website with an interactive dashboard that collects data worldwide about the virus, including data from the Centers for Disease Control and Prevention (CDC) and the World Health Organization (WHO).

Lauren Gardner, co-director of the Johns Hopkins Center for Systems Science and Engineering, led the team that designed the dashboard, which has a wide range of always-updating data, from the number of confirmed cases (105,559), the number of deaths from the virus (3,555), the number of people who have recovered (58,354) and cases by region and country.

Gardner said that statistics about users of the dashboard shows that the public is mostly using it “looking for reliable, factual information.”

But local, state and federal governments, public health agencies — “and pretty much everything in between” are also using it, Gardner said.

Statistics show people in the United States account for the majority of users.

Gardner said her team has been taken aback but just how popular the dashboard has become.

“It’s been pretty popular for awhile,” Gardner said. “At the moment we’re getting well over a billion requests per day — or interactions with this dashboard on a daily basis.”

“So I think that this really speaks to this huge demand for reliable, trustworthy, objective information especially around situations like these,” Gardner said. 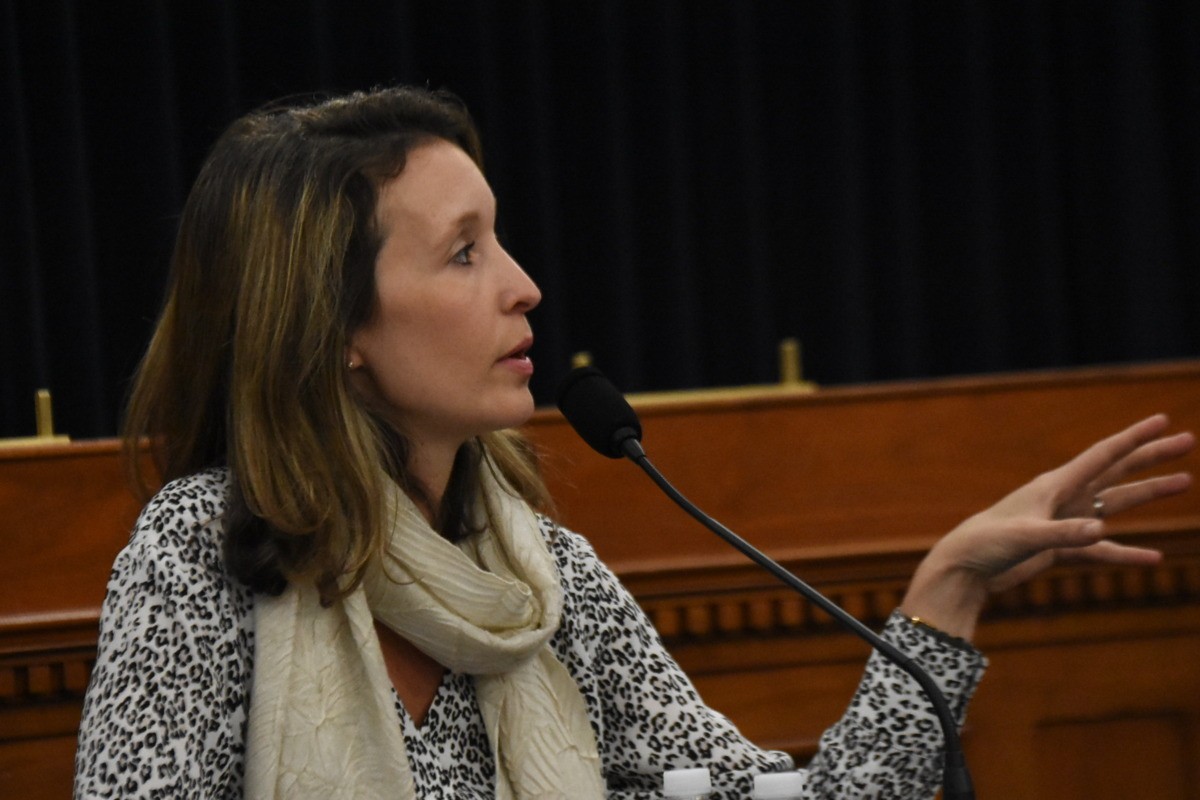 Lauren Gardner, co-director of the Johns Hopkins Center for Systems Science and Engineering, spoke about a new website the school has launched. (Penny Starr/Breitbart News)

Panelists called for public calm and warned about the danger of misinformation that is pumped out daily online, including on social media, where Pekosz said health experts have been engaging in conversations to try to get the facts out.

Inglesby said there remains “substantial work” that still needs to be done to make the U.S. health infrastructure capable of handling the virus.

And, according to Ingelsby, a vaccine that can be made available widely to the public is still 12 to 18 months out.

The panel distributed literature that included tips to stop the spread of the virus, including avoiding contact with people who are sick; coughing into a tissue and disposing of the tissue properly; avoid touching your eyes, nose and mouth; clean and disinfect objects and surfaces; stay home when sick except to seek medical help; and wash your hands with soap frequently for at least 20 seconds.