Former United Nations Ambassador Nikki Haley raked in more than $256,000 as a member of the Boeing Board of Directors during her tenure before resigning last week.

As Breitbart News reported, Haley issued a letter on March 16 to Boeing executives announcing her resignation. Haley said she could no longer serve on the board of directors as President Trump reviews bailing out the multinational corporation amid the Chinese coronavirus crisis.

Haley joined the board of directors despite Boeing’s long history of corporate welfare.

Boeing is already the second-largest beneficiary of Defense Department contracts. In 2017, Boeing noted that about 79 percent of its profits came from government contracts with the U.S. federal government. Likewise, Boeing saved about $1.1 billion thanks to tax cuts while simultaneously laying off 6,000 American workers in Washington state alone. 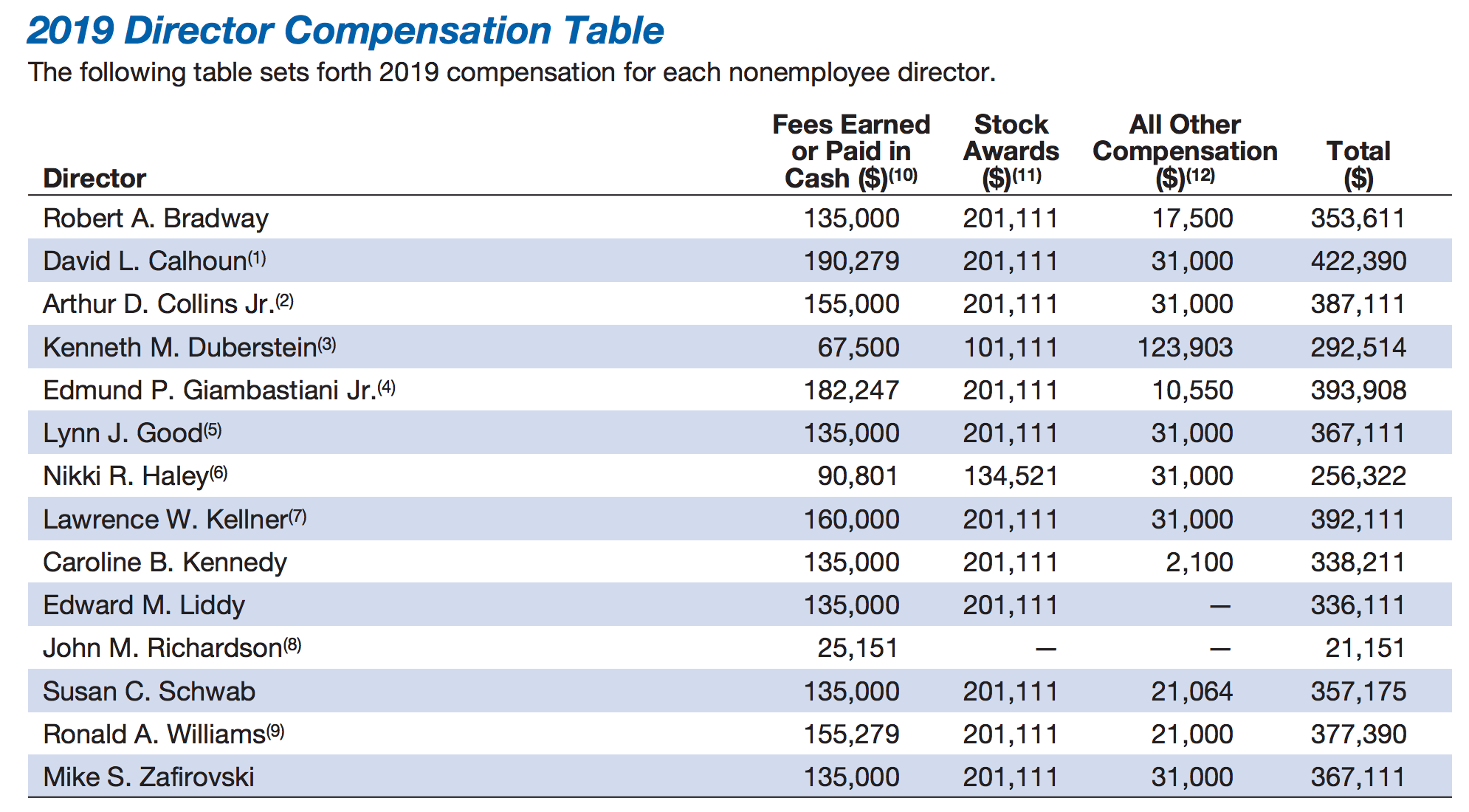 The 737 Max scandal has plagued Boeing over the last couple of years. In 2018, two Boeing 737 Max flights crashed, leaving nearly 350 passengers dead, forcing the corporation to ground all 737 Max planes and stop production.

Reports of internal Boeing emails, chronicled by Breitbart News’s Tom Ciccotta, have indicated that executives knew of the issues facing the 737 Max fleet as early as 2016. Similarly, a former Boeing manager has said he warned the corporation of the issues with the 737 Max fleet in 2018 before the two crashes occurred but that his concerns fell on deaf ears.

In 2018, Boeing executives announced their plans to outsource a manufacturing plant to Bengaluru, India, where 3,000 Indian workers would be employed.