President Donald Trump issued a strongly worded letter to Sen. Chuck Schumer on Thursday in response to criticism for his handling of the coronavirus.

“I’ve known you for many years, but I never knew how bad a Senator you are for the state of New York, until I became President,” Trump wrote in the letter.

Trump’s letter was in response to Schumer, who accused the president of failing to properly manage the delivery of medical goods and supplies to places that needed it.

The president did not take the criticism lightly. He wrote:

If you spent less time on your ridiculous impeachment hoax which went haplessly on forever and ended up going nowhere (except increasing my poll numbers), and instead focused on helping the people of New York. then New York would not have been so completely unprepared for the invisible enemy.

Trump suggested that Schumer would lose his next election.

“No wonder AOC and others are thinking about running against you in the primary,” he wrote. “If they did, they would likely win.” Read the letter below: 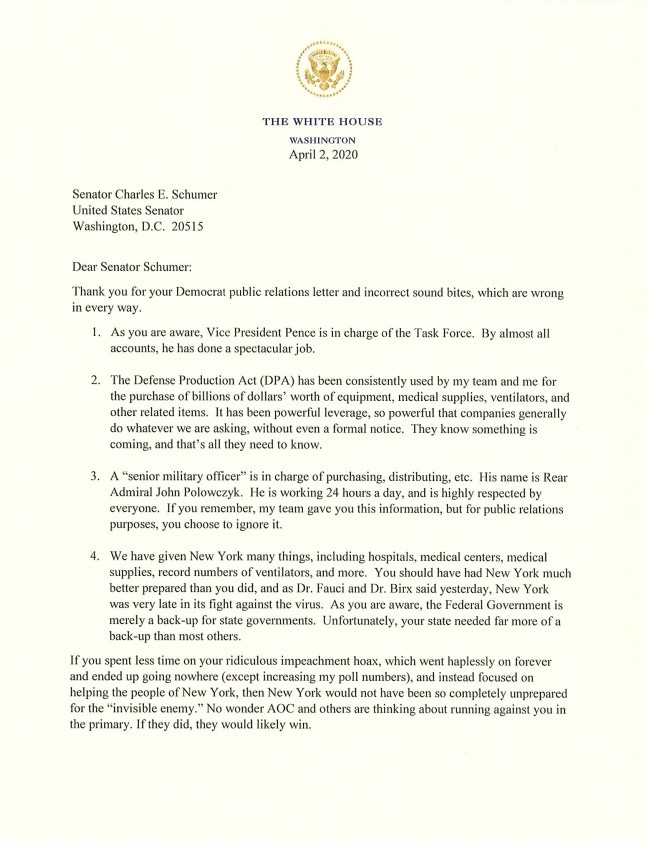 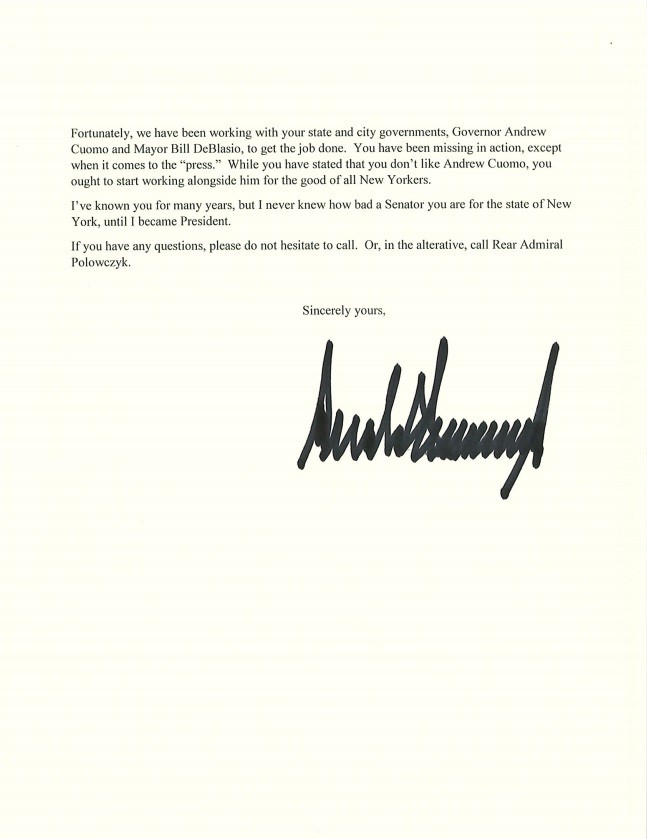