An illegal alien murdered a San Marcos, Texas, police officer and shot two others, injuring them, before taking his own life, according to law enforcement officials.

According to law enforcement officials, officers Putnam, Franco Stewart, and Justin Mueller responded to a domestic violence call where DeLaCruz was allegedly drunkenly hitting his wife.

When Putnam, Stewart, and Mueller responded, police said the illegal alien ambushed them with a rifle and murdered Putnam while injuring Stewart and Mueller. DeLaCruz, wearing body armor, then killed himself with a gunshot to the head. 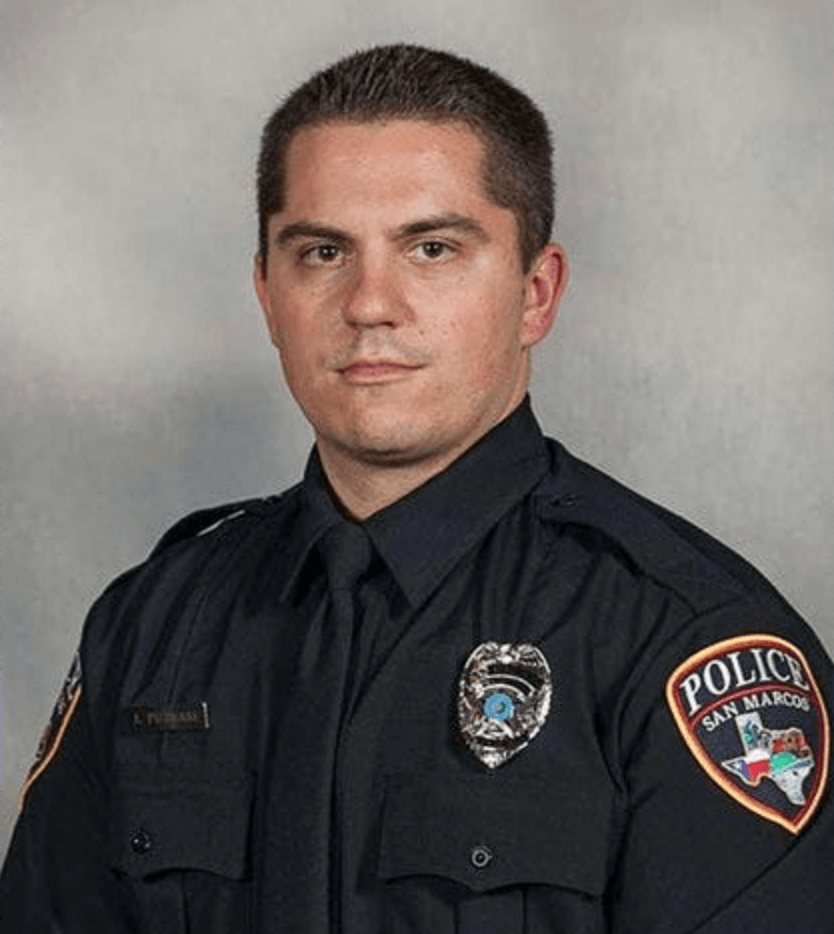 Justin Putnam, 31-years-old, was allegedly murdered by an illegal alien from Mexico. (Photo via SMPD)

Since the ambush, Stewart and Mueller have recovered from their injuries while Putnam’s funeral service has been postponed due to the coronavirus crisis. Putnam served with the San Marcos Police Department for more than five years.

Law enforcement officials said DeLaCruz had been living in the U.S. illegally from Mexico since the 1990s and allegedly went by multiple aliases to avoid identification. Police have not yet found criminal records on DeLaCruz and the investigation remains open.

An American flag is traveling throughout the country in honor of Putnam.