Demonstrators are gathering in Harrisburg, Pennsylvania, on Friday to protest what many have described as Gov. Tom Wolf’s (D) “draconian” lockdown orders, preventing several counties from reopening their economies.

Wolf has come under fire this week after threatening counties and businesses that have weighed reopening without his permission. Thirteen counties, in addition to 24 last week, have been permitted to move into the yellow phase of reopening, which loosens restrictions, allowing for some nonessential businesses to operate at a limited capacity and people to meet in groups of up to 25. However, even under the yellow phase, restaurants and bars are limited to take out and delivery, and gyms and salons must remain closed. 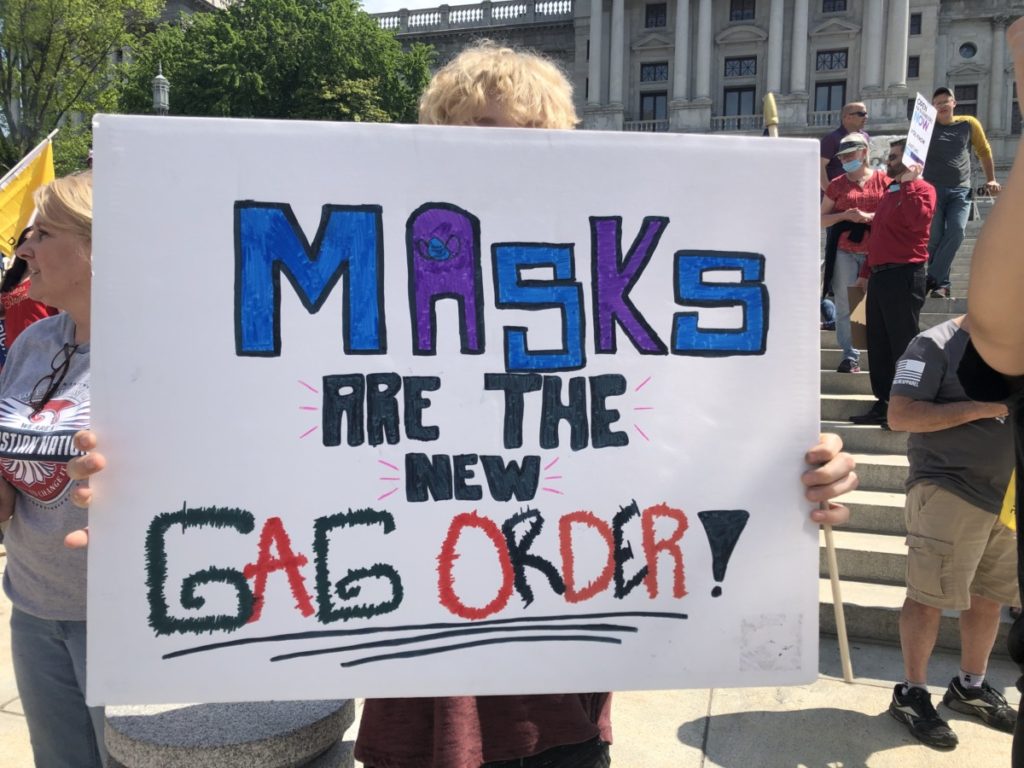 While Wolf is expected to announce the next batch of counties that can move forward from the red phase, several remain in the most restrictive stage, which only permits life-essential businesses to operate. Some counties have considered moving ahead without the governor’s permission — a move Wolf referred to as a “cowardly act.” 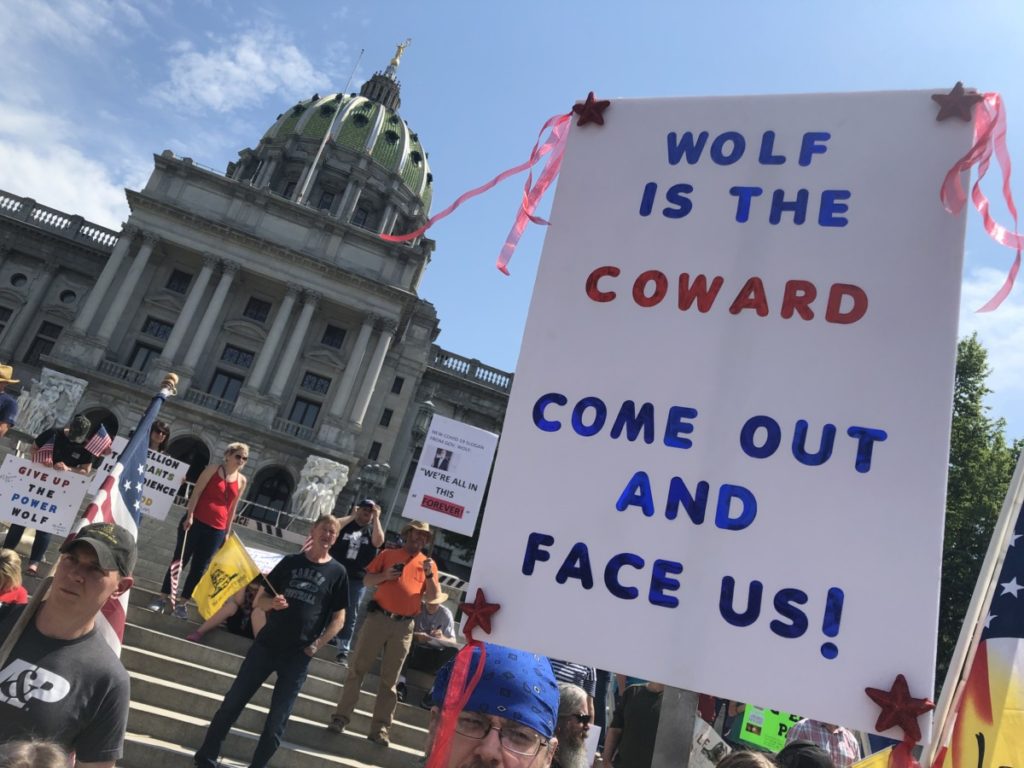 “I won’t sit back and watch residents who live in counties under Stay at Home orders get sick because local leaders cannot see the risks of #COVID19 and push to reopen prematurely,” Wolf said on social media this week, issuing a series of threats to counties and businesses that would dare defy his orders. 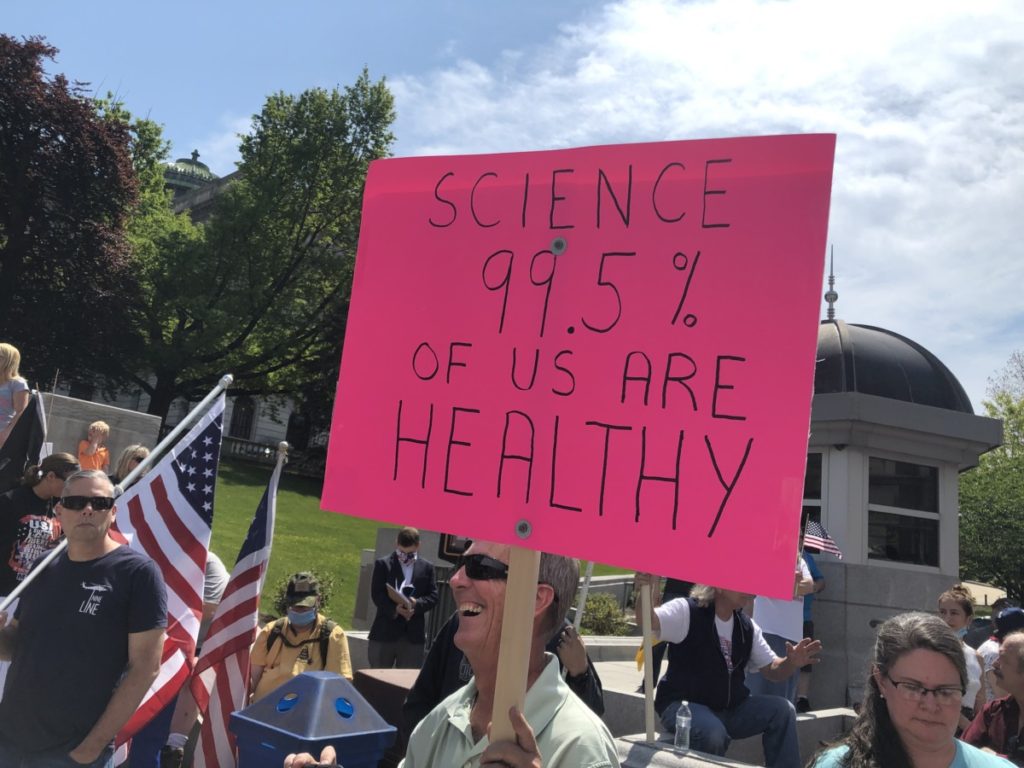 Counties that move forward without his permission “won’t be eligible for federal stimulus discretionary funds,” he said. Wolf also warned that businesses risk losing their health department certificate, liquor license, and certificate of occupancy if they violate his order. 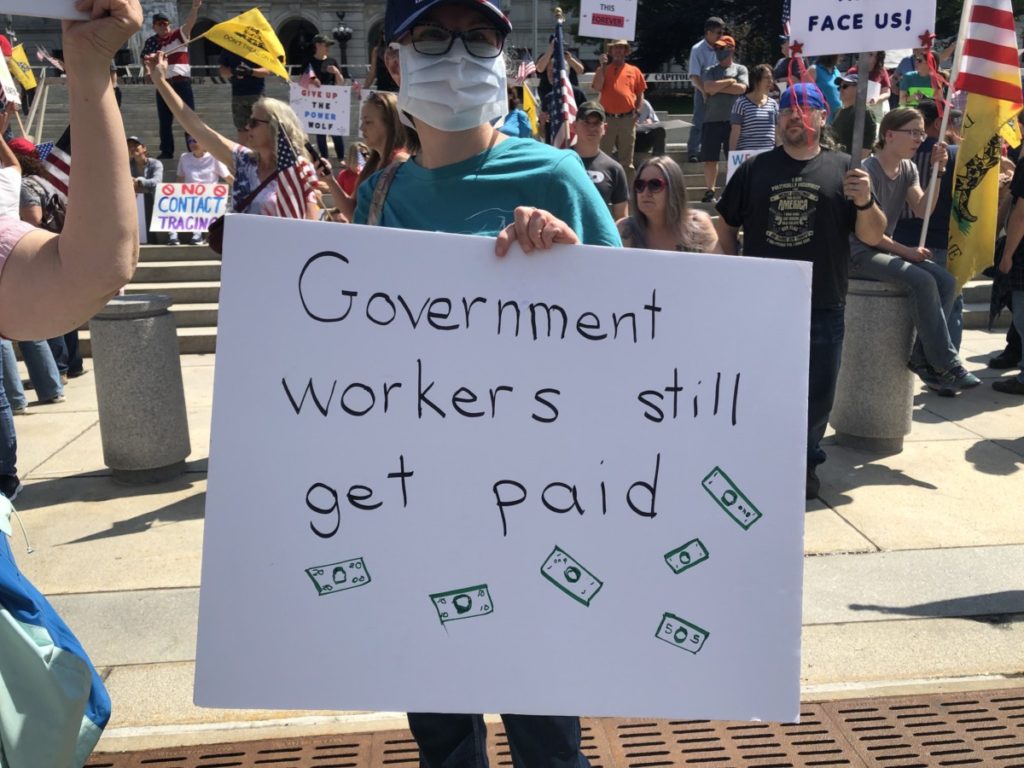 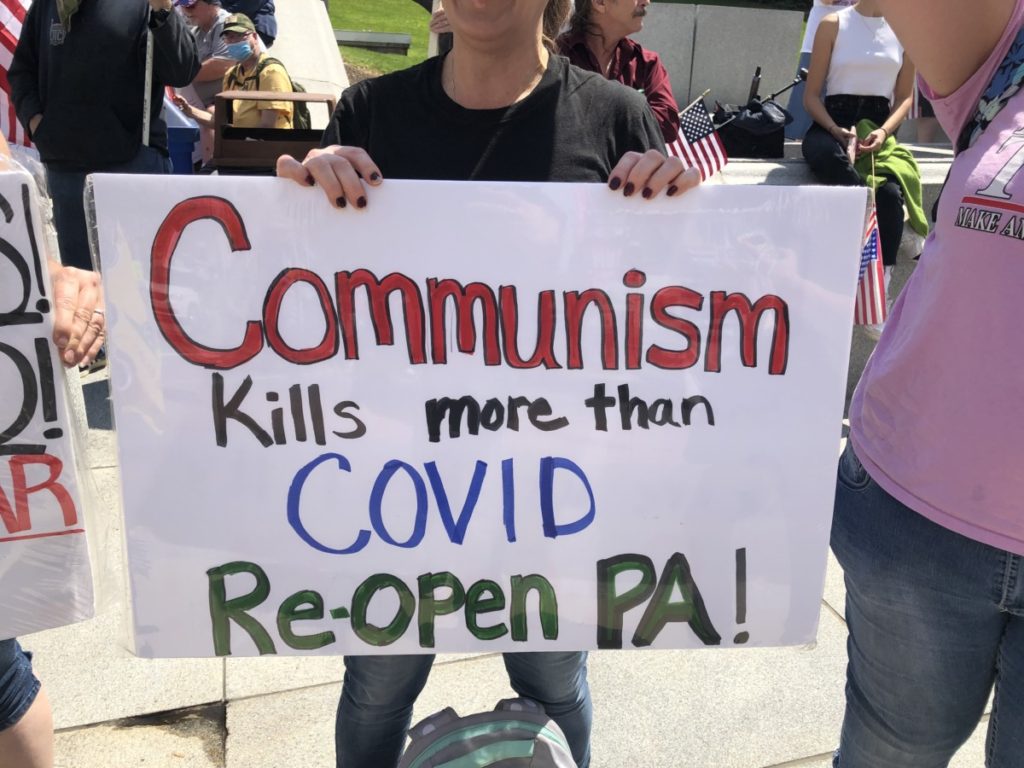 “There’s all kind of factors coming out of this lockdown that make it necessary for us to let to the Governor know that he has to work with the General Assembly again,” he continued

Bellis said they are “requesting people take in social distancing as much as possible” but added that it was difficult to do during the last protest due to circumstances beyond their control.

“Unfortunately, the last time we protested, Capitol Police kind of cornered us off into one area which made it impossible to practice that social distancing,” Bellis explained. “So, we’re trying to let everybody know to be as responsible and safe as possible.”