Barbers and haircutters are on the Michigan capitol lawn on Wednesday as residents call for the state to be reopened. 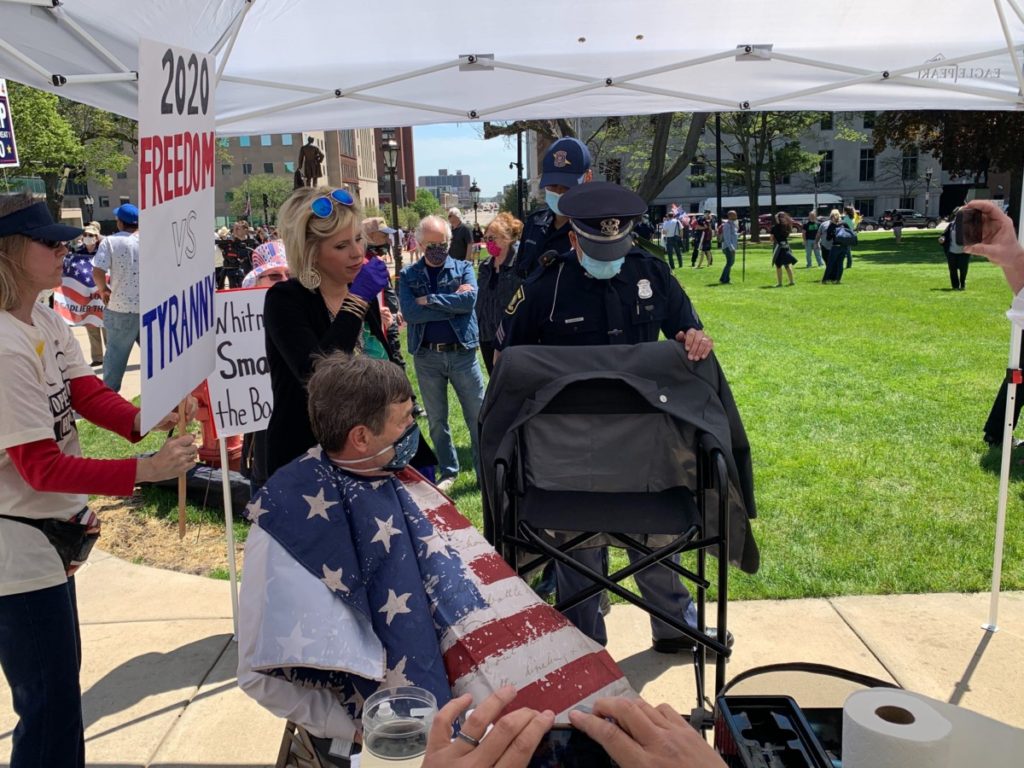 “Michigan needs to be reopened now to end the reign of Michigan’s power hungry bureaucrats.  We are suffering from a #Whitmerdepression.”

The protest is in response to barbers and haircutters being deemed “nonessential” by Gov. Gretchen Whitmer, who has been targeted 77-year-old Owosso barber Karl Manke, who had refused to close his shop.

It wasn’t until Whitmer’s administration stripped him of his operating license that he finally did.

“Citizens are tired of being treated like babies,” Meshawn Maddock, MCC co-founder, said.

“Citizens are fed up. Join us in Lansing on May 20. Get a free haircut. Then, importantly, let’s get Michigan back to work, before it is too late.”