A Michigan group that has targeted God in the public square is now seeking to tear down a monument depicting a freed black child that honors the Emancipation Proclamation. 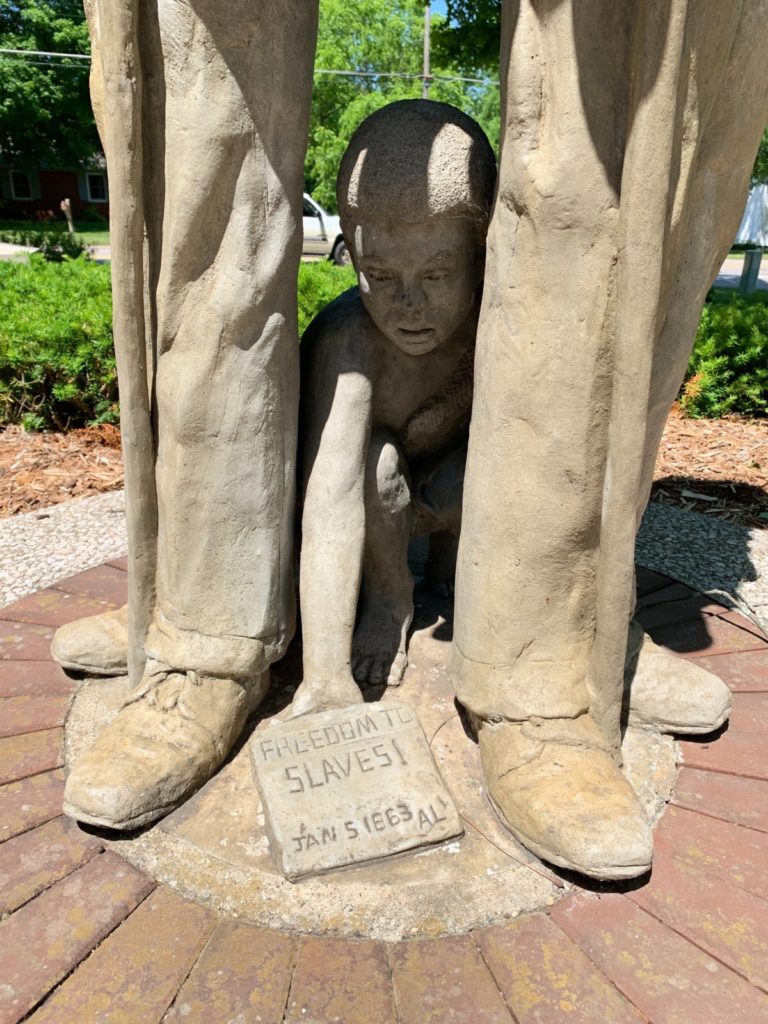 The Michigan Association of Civil Rights Activists, headed by Mitch Kahle, is demanding the removal of a Civil War-related statue in Allendale Community Park in Allendale Township, a rural community west of Grand Rapids. 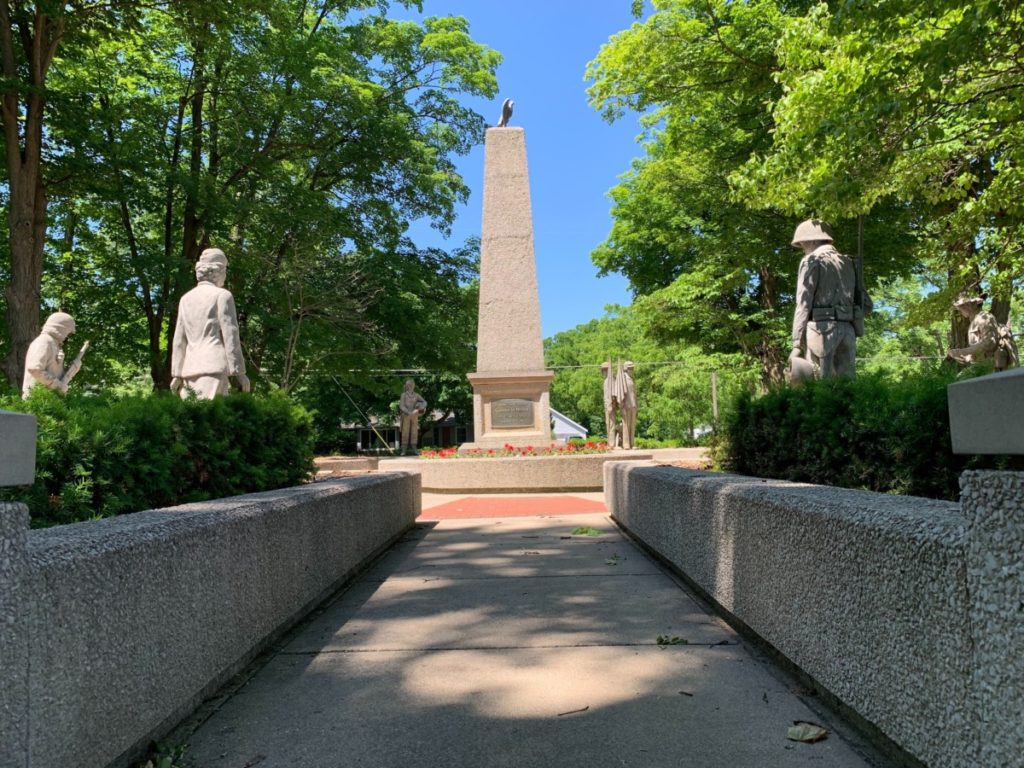 The concrete statue, part of a collection honoring veterans from several U.S. wars and conflicts, features a Union Soldier, a Confederate soldier, and a small child crouched between them, holding a sign that reads, “Freedom to Slaves!”

The Confederate soldier appears on the left, and stands back-to-back with his Union foe. 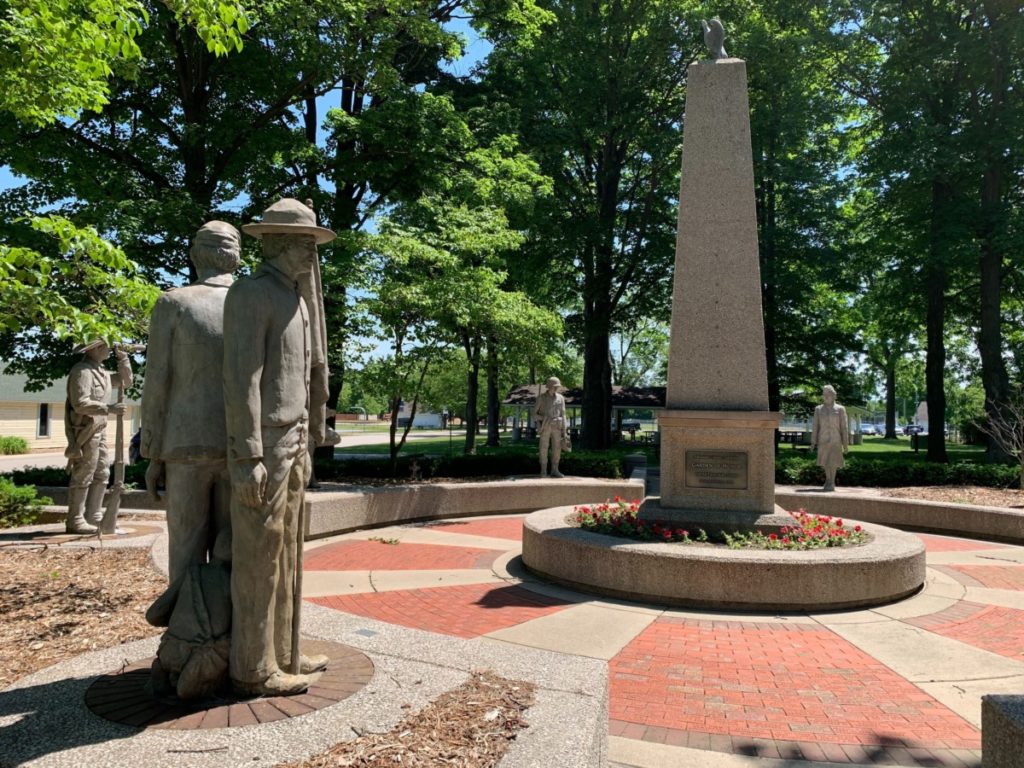 Soldiers Back to Back Kyle Olson/Breitbart News

The so-called “civil rights” group finds the monument offensive “and is calling for township leaders to remove it,” Fox 17 reported.

“We have an American soldier for the union, we have a confederate soldier who was the enemy of America, they were traitors, and now we have this depiction of a slave child,” Kahle said.

“It’s highly inappropriate and the township of Allendale should remove the offending material and leave the memorial for true veterans, actual veterans of the United States,” he fumed.

Kahle moved to the conservative West Michigan area a few years ago from Hawaii, where he had badgered “dozens” of institutions that were doing things that triggered him.

The Detroit News reported in 2015:

He convinced Ottawa County to remove a religious sign from a county park, persuaded Grand Haven to turn a 48-foot cross on city land into an anchor, and got two school districts to stop a minister from continuing to hold lunchtime programs at schools.

Kahle, 52, has contributed to the fire and brimstone debate with comments just as incendiary as those of his foes.

He has blamed religion for most of the world’s problems, equated it with racism and child abuse, and compared it unfavorably with astrology, palm reading and alien abduction claims.

In 2011, Kahle received the “Freethinker of the Year Award” from the Freedom From Religion Foundation, a Wisconsin-based anti-Christian organization.

Fox 17 asked Allendale Township leaders about whether they’ll remove the statue of the freed black child to appease the leftist agitator.

“This represents President Lincoln’s proclamation to free the slaves, something we should continue to celebrate today. This statue does not glorify the confederacy. It is a record of a pivotal time in our nation’s history,” township supervisor Adam Elenbaas said.