Pro-life activist Ryan Bomberger said on Tuesday at Lincoln Park in the nation’s capital that “ideological slavery” is the bondage that needs to be broken today.

Bomberger was one of several speakers who joined Star Parker and her Center for Urban Renewal and Education’s (CURE) emancipation celebration in front of the Freedman’s Memorial at the park that has been targeted for removal by protesters, including the political group Black Lives Matter. 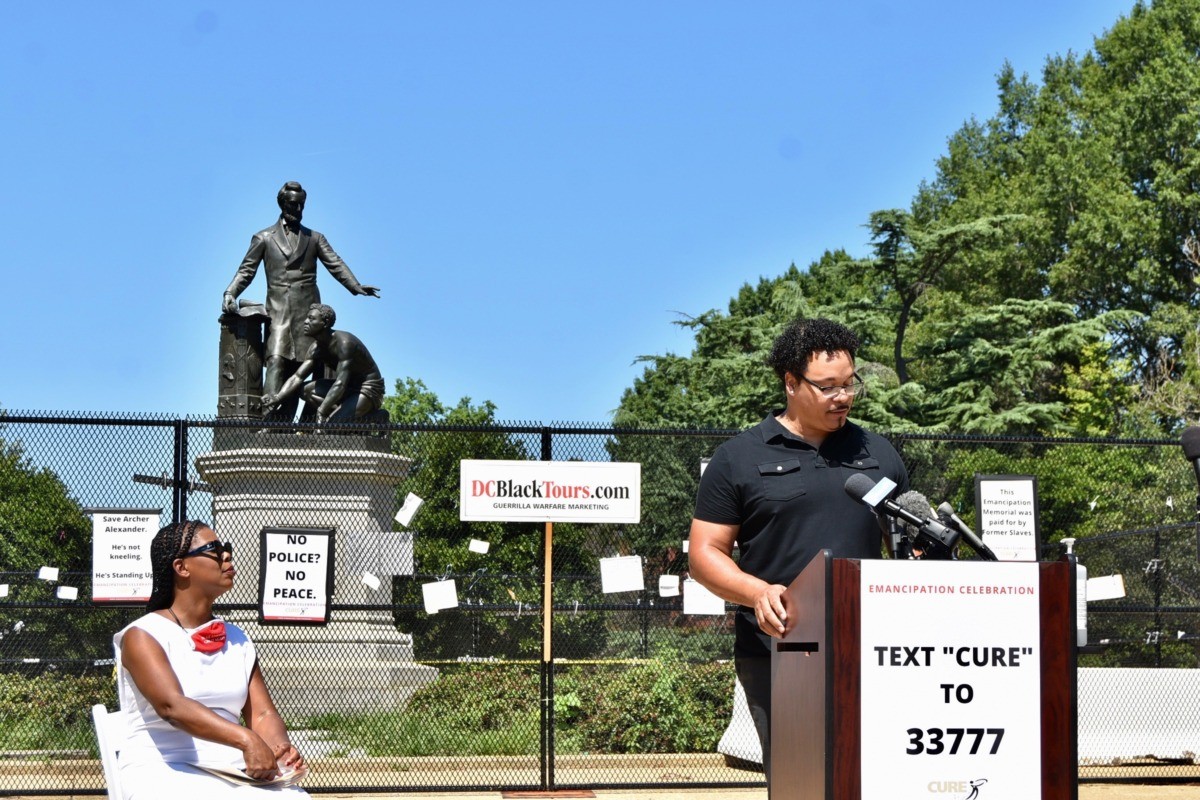 Ryan Bomberger, right, speaks at an emancipation celebration at Lincoln Park in Washington, DC, on Tuesday calling for preserving the Freedman’s Memorial (in background) as Star Parker looks on. (Penny Starr/Breitbart News)

“This country was transformed by people, black and white, who believed that we are all created equal,” said Bomberger, the co-founder of the Radiance Foundation. “The emancipation memorial should be a reminder to never see any group as non-persons, whether born or unborn.”

“And that America’s history is best relayed by reality, not revised by mob mentality,” Bomberger said. “Here in America we still desperately need emancipation for ideological slavery.”

Bomberger spoke passionately about preserving true history and fighting those who would revise it.

“Today we stand in solidarity against chaos and anarchy and those who try to tear down truth under the guise of racial justice,” Bomberger said. “There is no justice without truth.”

“I will fight for both,” Bomberger said. “May God emancipate the soul of our nation.”

Bomberger’s life’s mission was sown before his biological mother gave birth to him after she was raped. His mother gave him “the beautiful gift of adoption” and he was raised in a Christian home with 13 siblings — ten of whom were adopted.

Bomberger and his wife, Bethany, have four children, two of whom were adopted. 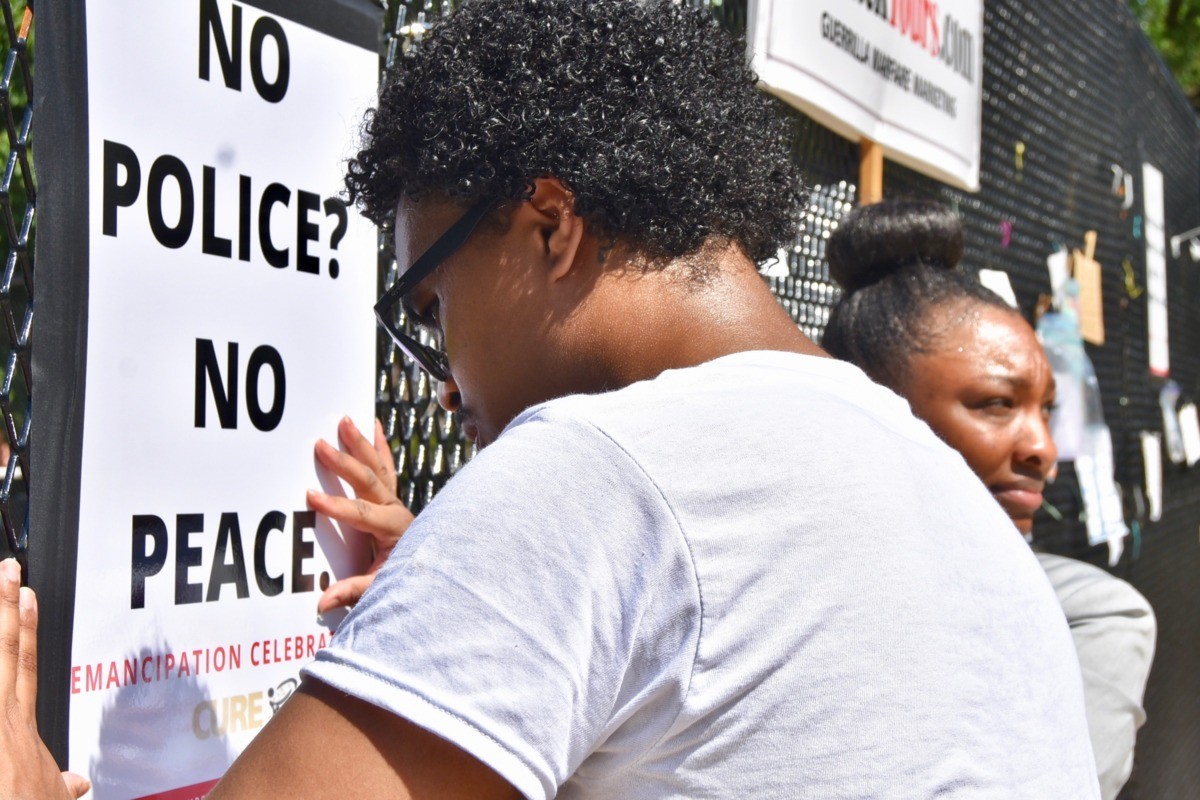 Bomberger and others spoke with the statue titled “Emancipation” as a backdrop, where placards were also placed along the fence that the National Park Service constructed to protect the statue. “If no police — then no peace,” one placard read. “Not all black Americans agree with Black Lives Matter,” another read.