Chicago Police Superintendent David Brown stressed during a Monday morning press conference his officers are coming after looters and 100 arrests have already been made related to the violence and destruction that happened overnight in the Windy City.

Fox News aired the press conference in which Brown noted violence and looting followed an officer-involved shooting in Chicago’s Englewood neighborhood Sunday afternoon. He explained the suspect at the center of that shooting, a 20-year-old male, allegedly pointed a gun at officers and “shot at officers first.”

Officers returned fire, wounding the suspect. No officers were injured in the incident. 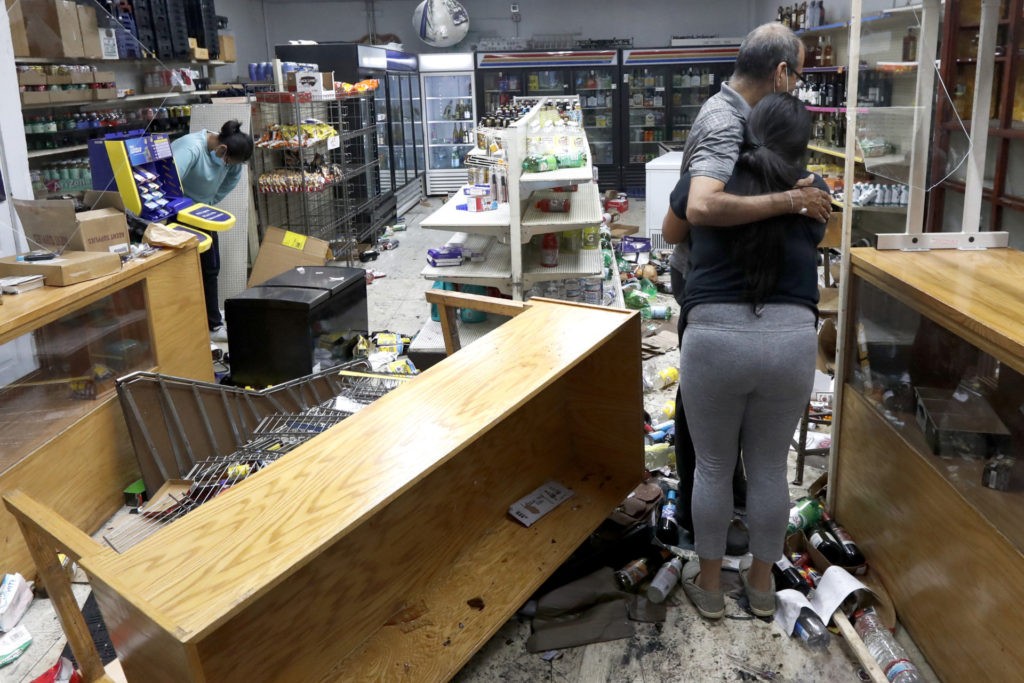 Yogi Dalal hugs his daughter Jigisha Monday, Aug. 10, 2020, after she arrived at the family food and liquor store and as his other daughter Kajal, left, bows her head after the family business was vandalized in downtown Chicago. Chicago’s police commissioner says more than 100 people were arrested following a night of looting and unrest that left several officers injured and caused damage in the city’s upscale Magnificent Mile shopping district and other parts of the city. (AP Photo/Charles Rex Arbogast)

Brown said a “crowd gathered” following the incident, and were “fueled by misinformation as the afternoon turned into evening.” He noted that social media posts were allegedly used to encourage people to loot in downtown Chicago.

He dispatched 400 officers to downtown in response, and noted “car caravans” of would-be looters were soon headed toward downtown. Breitbart News reported looting and violence soon followed, and this included gunfire and violence against police.

Mayor Lightfoot is scheduled to address the looting in a press conference at 8 a.m.

Earlier this morning, Alderman Brian Hopkins told us:
"The Mayor needs to address the city. Enough breaking up parties on the beach. That isn't our problem right now" pic.twitter.com/D4thxkQNqo

As of Monday morning, Superintendent Brown said more than 100 arrests had been made “for looting, disorderly conduct, [and] battery against police.”

He added, “CPD will not stand by as our beautiful becomes some place that our people fear.” He has instructed officers to trawl through high resolution video, security footage, and other surveillance images, to identity and apprehend every looting participate that is recognizable. 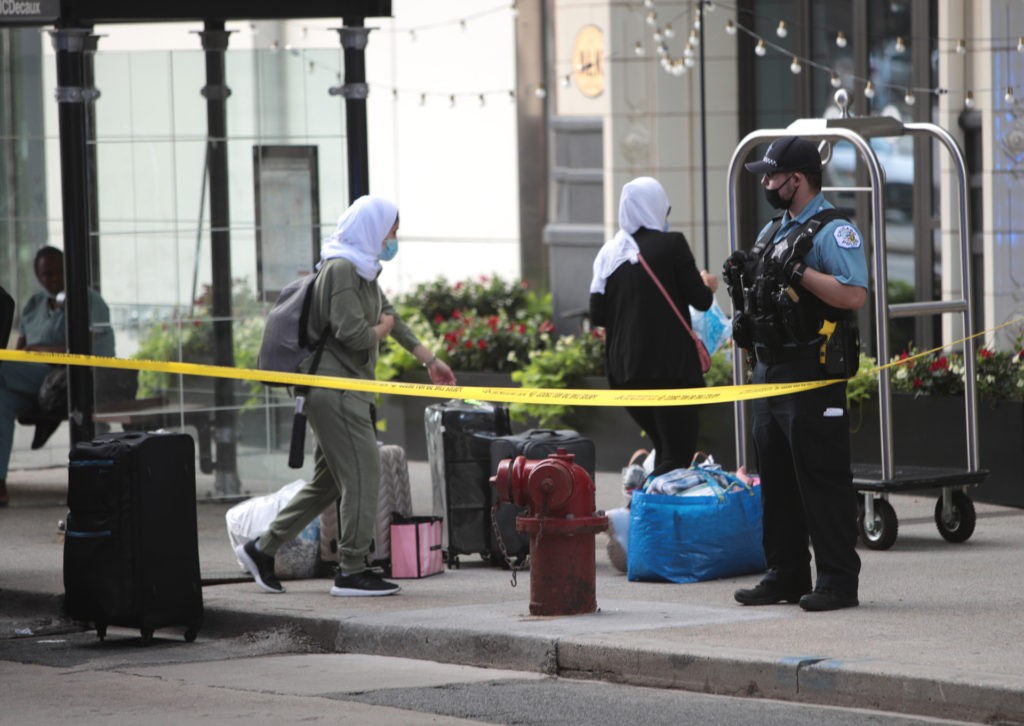 People check out of the Hotel Julian near a crime scene where a shooting took place on Michigan Ave. hours after the city suffered from widespread looting and vandalism, on August 10, 2020 in Chicago, Illinois. Police made several arrests during the night of unrest and recovered at least one firearm. (Scott Olson/Getty Images)