Murray’s comments join those from WTA founder Billie Jean King to remove Court’s name from one of the main stadiums at the Australian Open’s Melbourne Park venue amid criticism of her beliefs from other senior figures in the sport.

Court is the greatest women’s player of all time, winning 24 Grand Slam singles titles. She was the first woman in the open era to win the singles Grand Slam in 1970, and she is one of only two women to have won a Grand Slam in mixed doubles, which she did twice.

In the past she has stated lesbianism on the women’s tour has a corrupting influence on young players, as Breitbart Sports reported, as well as querying the validity of transgender players.

Now she has drawn the ire of Murray.

“She has obviously offended and upset a lot of people over the years,” said Murray in an interview with Pridelife. “I think the players certainly have spoken up, which is a positive thing.

“As far as renaming the venue. I think that yes, it’s something the sport should consider. I don’t know who makes the final decision on that but I don’t think her values are what tennis stands for.

“When you get to the Australian Open you want to concentrate on the tennis. Court’s views detract from that,” said Murray, who has been men’s singles runner-up five times at the Melbourne Grand Slam tournament. 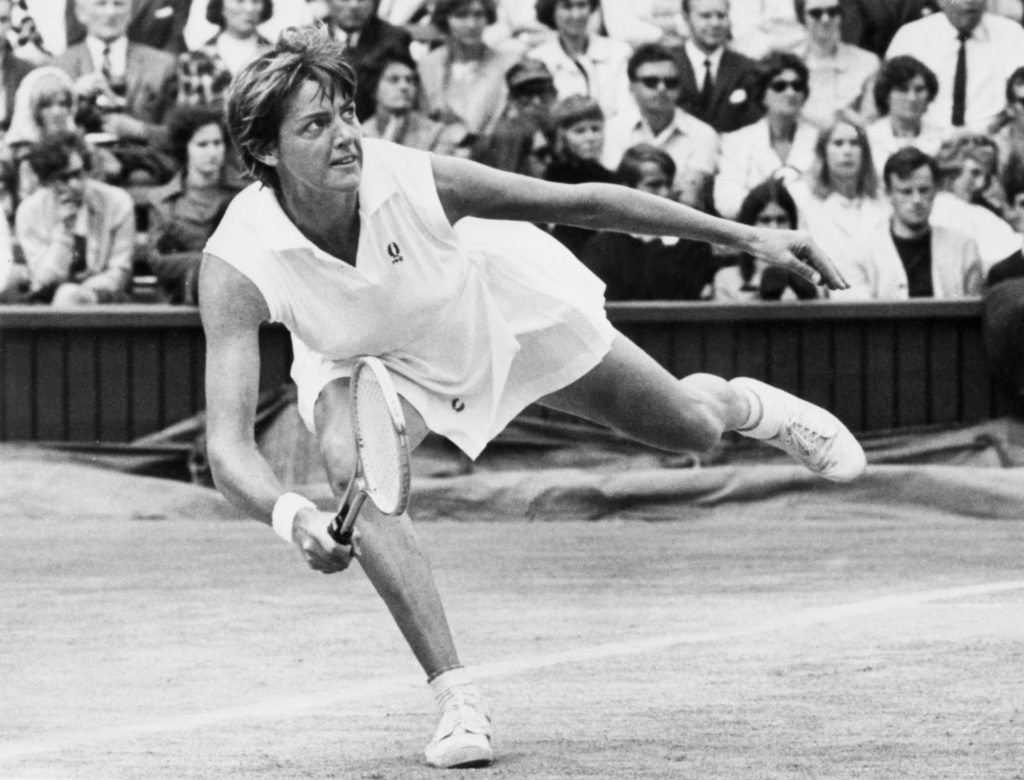 Australian tennis player Margaret Court plays a forehand, 03 July 1970, during the Wimbledon championships in London. Court-Smith won 24 women’s singles titles in Grand Slam tournaments, 11 of them in Australia, between 1960 and 1973. (AFP/AFP via Getty Images)

There are those who are happy to take issue with Murray and defend both Court and her right to hold views even if they are challenged by others in the tennis community.

“He says the multiple grand slam champion’s values are at odds with what tennis stands for.”

Tennis doesn’t “stand for” anything. It is a sport. It is played and followed by people with different views. What Murray means is that he doesn’t like her views. https://t.co/9WHBfxWZoI

As Breitbart News reported, the 77-year-old Court made the LGBT comments earlier this year while giving a sermon at her Victory Life Church in the Australian city of Perth.

Modern players have pushed back against court and called for her to be challenged before:

It’s outrageous and so wrong. We don’t need to change or re- write history when it comes to anyone’s accomplishments but we do not need to celebrate them. Margaret Court is hiding behind her Bible as many have done before her and will do after her. Let’s not keep elevating it

Despite the backlash, Court does not resile from her opinions and she doubled-down on her controversial views in January regarding sexuality. She said: